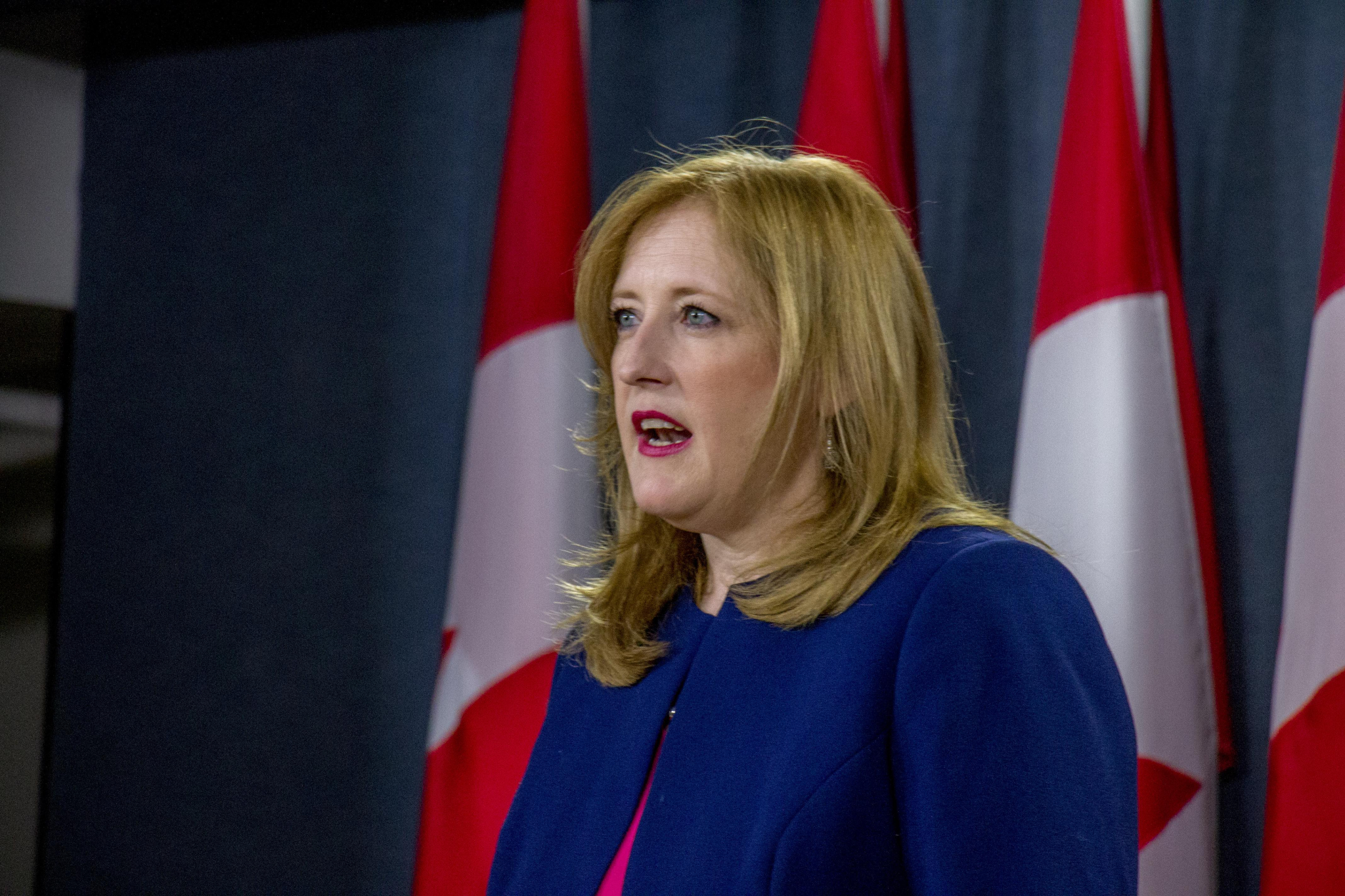 Raitt, an ex-transport and natural resources minister in the former Harper government, promised to defend the hotly-debated Energy East pipeline project during a campaign stop in Amherst, N.S. on April 30. She said that if she were elected leader of the federal Conservatives — and eventually, as prime minister in 2019 — she would use Canada's controversial notwithstanding clause to get the Energy East pipeline approved.

If approved, Energy East would ship up to 1.1 million barrels of oil per day between Alberta and New Brunswick along a 4,500-kilometre route.

Raitt appeared unperturbed by the possible outrage the move would spark among the pipeline's opponents, saying she "would fall on my sword to get a pipeline built without question," reported The Citizen-Record in Amherst.

"I know it's a risk and I know I will never get elected again, but you will have a pipeline," she told party members in the small northwestern Nova Scotia town.

Raitt is among a crowded field of 13 candidates struggling for media attention as they campaign for Conservative Party of Canada leadership. The race is scheduled to end with a vote by registered party members across the country on May 27.

The notwithstanding clause falls under Section 33 of the Charter of Rights and Freedoms and gives provincial legislatures or Parliament the ability, by passing a law, to override certain portions of the charter for a five-year term.

In this case, Raitt said she would use it, if necessary, to overrule Quebec's opposition to the pipeline, which would ship oil from producers in Alberta, Saskatchewan and North Dakota to refineries and marine ports in Quebec and New Brunswick.

Energy East supporters say the project would be the key to jobs and growth for western Canada's slumping oil patch. Its detractors, however, argue that its emissions would push national climate targets beyond reach, do irreparable harm to land and water ecosystems, and violate indigenous rights to self-determination on their land.

Serge Simon, Grand Chief of the Mohawk Council of Kanesatake and a signatory to the Treaty Alliance Against Tar Sands Expansion, didn't take well to Raitt's public pledge to bring the legislative hammer down in favour of the pipeline. He equated use of the notwithstanding clause on behalf of Energy East to overriding Supreme Court rulings that assert indigenous rights and title on the land it would cross.

“That’s pretty psychotic thinking if you ask me," he told National Observer in an interview. "If they’re willing to do that, then they’re proving my point I’ve been saying for about two years — these people are part of an autocracy. They’re only there to speak for industry. They’re not there for ordinary Canadians, that’s for sure."

The notwithstanding clause has never been used by the federal government and is seldom-used by the provinces and territories. Saskatchewan, Quebec and Alberta have employed it in the past — Saskatchewan to protect back-to-work legislation, Quebec to protect residents and businesses using French-only signs, and Alberta to restrict gay marriage (that attempt failed, as marriage falls under federal jurisdiction).

TransCanada Corp., the Calgary-based company behind Energy East, would not comment on Raitt's support for the project or the prospect of its approval through such controversial means. In an emailed statement, spokesperson Tim Duboyce said, "We continue to work constructively with all governments interested in the Energy East project."

Raitt's was travelling on Thursday afternoon and was not available for an interview. Her campaign team did not respond to a media request in time for publication.

The National Energy Board's review of Energy East on behalf of the federal government was suspended last fall when panel members appointed to assess the project recused themselves amidst allegations of conflict of interest. A number of them had met in secret with former Quebec premier Jean Charest, who was contracted by TransCanada at the time, prompting concerns that they were too cozy with industry to make an objective assessment.

A new panel has since been appointed and the evaluation has started from scratch.

Apart from touting the potential of thousands of construction jobs, Energy East supporters say the pipeline would transport Canada's oil more safely than the alternative, oil by rail.

The latter is particularly important to Raitt, who was appointed federal transport minister by Stephen Harper just days after the Lac Mégantic oil train disaster in Quebec that killed 47 people on July 6, 2013.

“I was the minister that cleaned up the Lac-Mégantic disaster and my heart was broken,” she said during the campaign event. “Those trains could have been rolling through Amherst just as much as they could have been through Lac-Mégantic, and it was devastating to see.”

The Energy East project has been particularly controversial in Quebec, where the provincial government sought an injunction ensure the pipeline would be subject to its environmental regulations. TransCanada has still not provided details about how it can safely run the pipeline beneath the Ottawa and St. Lawrence Rivers near key crossings in the Montreal and Quebec City regions.

In Amherst, Raitt indicated she was prepared to override Quebec if necessary.

"I think we need to have our own secure energy and the only way to do that is through pipelines," she said in Amherst. "And if Quebec won't do it through carrot, negotiation, then the stick comes out, and if we can find another path for the pipeline, that's great."