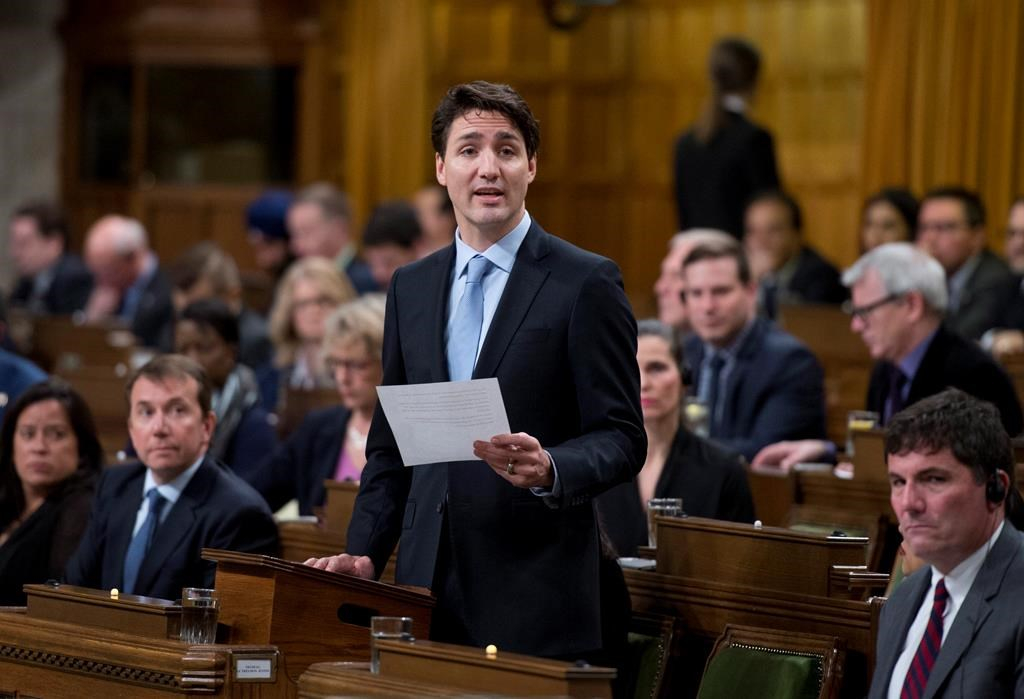 Prime Minister Justin Trudeau speaks during Question Period in the House of Commons on April 7, 2017. Photo by The Canadian Press
Previous story
Next story

Prime Minister Justin Trudeau promised political donors would not get preferential access to his government, and now the Liberals are trying to show they mean it as they revive their high−profile fundraising efforts.

The prime minister will be appearing at the Museum of Fine Arts in Montreal for a federal Liberal party fundraiser Thursday evening, which is unremarkable except for the fact that anyone can go.

Anyone, that is, who has up to $250 to spare for a ticket, wants to give that money to the Liberal Party of Canada, and is not registered to lobby the PMO.

It is a chance for Liberal supporters to get a word or a selfie with the party leader, but it will also be a time when the Liberals can once again rely on their surest bet for topping up the party war chest as they prepare for the next election.

The Liberals brought in a moratorium on fundraising events featuring Trudeau and other ministers earlier this year as they worked to develop new rules in the wake of accusations they were providing preferential access to the prime minister and his cabinet in exchange for dollars from wealthy donors in private homes.

The new system involves holding fundraisers featuring Trudeau or ministers only in public places, announcing them in advance, allowing the media to attend and disclosing the guest list within the following 45 days.

Some Liberals are pointing to that as one reason for lacklustre fundraising figures in the first three months of this year, when the Conservatives raised nearly twice as much money, from a bigger pool of contributors, even though they are in the midst of a leadership race that could be diverting would−be donations to the party.

"There’s a small connection," Caley said when asked whether the lower profile played a role.

According to the latest financial returns the parties filed with Elections Canada, the Liberal party brought in $2.8 million from 31,812 donors in the first quarter of 2017, while the Conservatives received $5.3 million from 42,473 contributors.

The Conservatives also outdid the governing Liberals in the first quarter of 2016, but by a smaller margin, and the red team brought in more than the blue team in the final two quarters of last year.

Caley pointed to the high proportion of donors who gave $200 or less as a sign of a strong grassroots base.

The Liberals are calling on the opposition parties to bring in their own transparency measures. Soon, they might not have a choice, as the Liberal government promised legislation that would require similar disclosure for events involving party leaders and leadership candidates.

"Canadians will know about the events in advance, where they are being held, the cost to attend, and they will know who attended them," Democratic Institutions Minister Karina Gould said in the House of Commons Monday as she revealed she is ready to move on an item in her mandate letter.

John O’Leary, her spokesman, said the government aims to introduce the legislation this spring.

One Liberal source said the legislation will be essentially the same as the measures the party brought in, which would prevent the party having to once again change the way they are doing things.

One significant difference, according to two Liberal sources, will likely be the lack of a requirement to open the events up to the media, as there is recognition of the difficulty with any law aimed at governing the press.

The Conservatives and New Democrats say they do not plan on taking any lessons from the Liberals.

"The reality is they weren’t able to follow their own set of rules the first time," said Conservative MP Blaine Calkins.

New Democrat MP Nathan Cullen said his skepticism stems from the way the Liberals abandoned a firm campaign pledge to change the way Canadians cast their ballots in time for the next election.

"I have very, very low trust with this government when it comes to democratic reform," he said.