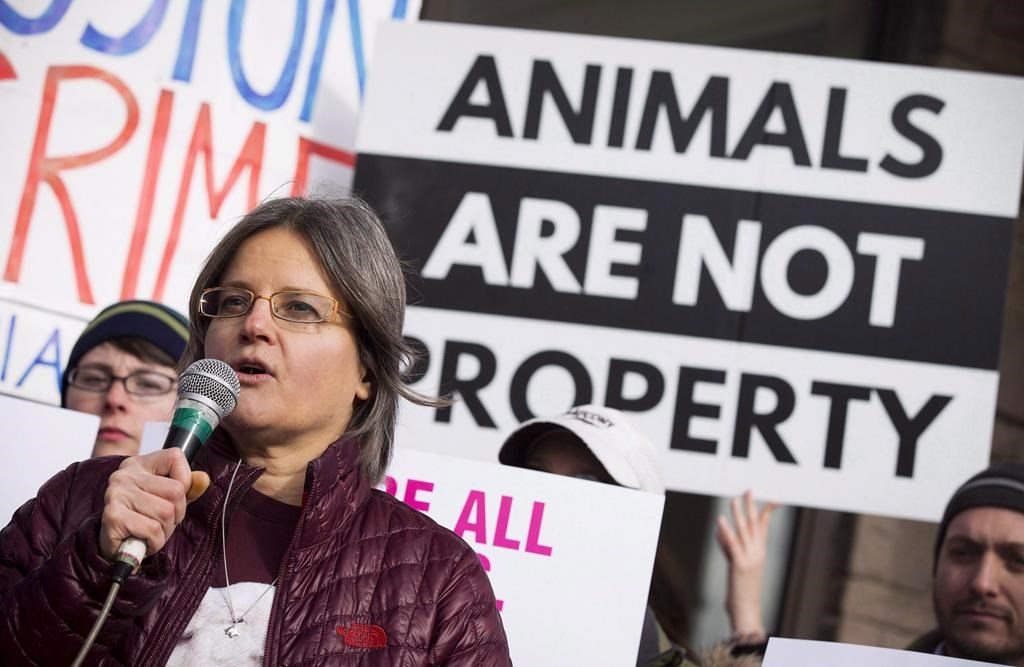 A Toronto woman who was charged with mischief after giving water to pigs on a truck headed to slaughter has been found not guilty.

Animal activists filled a courtroom in Milton, Ont., Thursday morning where Justice David Harris said he was not satisfied beyond a reasonable doubt that Anita Krajnc wilfully interfered with a farmer's property in the incident.

Krajnc, an activist with the group Toronto Pig Save, had pleaded not guilty, although she admitted that she gave water to the pigs.

One of Krajnc's lawyers has said Krajnc was acting in the public good and was therefore not breaking the law. But the Crown argued that the pigs were the property of a farmer, and Krajnc was interfering with his property.

The judge said he was satisfied Krajnc gave pigs water, not an "unknown substance" as the Crown had argued.

Court has heard that on June 22, 2015, Krajnc was dumping liquid from a water bottle into a truck carrying pigs in Burlington, Ont., as the vehicle approached a slaughterhouse.

The incident was captured on video. The truck's driver, Jeffrey Veldjesgraaf, got out of the truck and began arguing with the two women.

"Let's call the cops," the driver said, holding his phone.

"Call Jesus," Krajnc said as she continued to allow the pigs to drink the water.

Krajnc had testified that she was treating the pigs as she would want to be treated.

The pigs' owner, farmer Eric Van Boekel, testified that he complained to police because he was worried there were contaminants in the water, and that could lead the slaughterhouse to turn his hogs away.

The judge rejected that argument, saying there was no evidence Krajnc meant to cause the slaughterhouse to reject the pigs, nor were they rejected.

How do domestic pets keep getting caught and killed in fur traps?

By Elizabeth McSheffrey | News | January 15th 2016
State Of The Animal