Conservative party politics getting in way of debate on environment: Chong 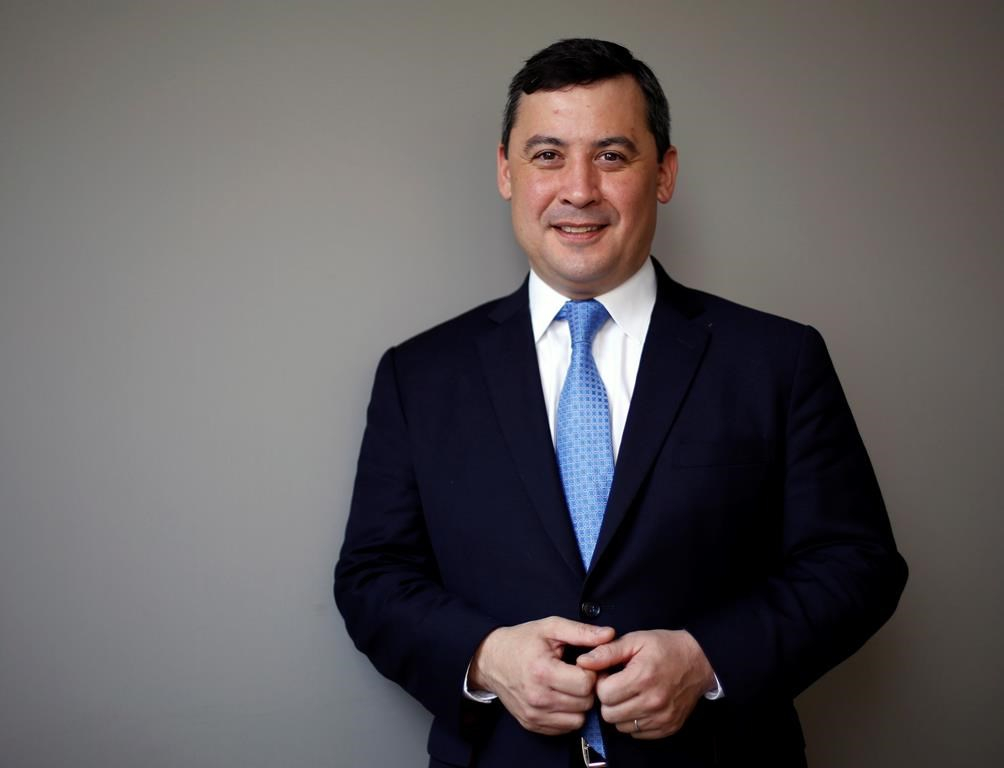 Federal Conservative leadership candidate Michael Chong is shown during an interview with The Canadian Press in Ottawa, Wed. May 3, 2017. File photo by The Canadian Press/Fred Chartrand
Previous story
Next story

Conservative leadership candidate Michael Chong knew a promise to bring in a revenue-neutral carbon tax, if elected, would be a tough sell.

But what he didn't expect was that his own party machine would make it so tough.

"We've been running against the party's advertising and communications machine that has been campaigning against a carbon tax," he said during a recent, wide-ranging interview with The Canadian Press. "And I'm the only candidate that's had that challenge."

Chong, first elected as a Conservative MP in 2004, joined the leadership race a year ago, in part to take on the challenge of changing conservative minds on the issue of a carbon tax. His policy centres around the belief that regulation and investment in green technology aren't enough to meet the emission reductions targets set by the last Conservative government.

Introducing a carbon tax to be offset by reductions in other tax levels would work, he said, and so that's what he's pitching. He rolled out the idea just as the Liberal government was bringing forward its own plan on carbon pricing last fall.

The Conservative party quickly nicknamed it a "job-killing carbon tax," and the phrase has been used umpteen times since, everywhere from party fundraising letters to the floor in the House of Commons.

At every debate, his proposal is met with boos and jeers, including from his competitors. It's frustrating, but Chong remains optimistic he is slowly winning converts.

"We have moved the dial on this question within the party," he said.

There are 259,010 members eligible to vote for the new leader by May 27. While each campaign signed up tens of thousands, third-party groups have also been active in encouraging people to get involved.

One, Tolerable Opposition, is actively backing Chong because of his environmental platform. They've estimated they may have encouraged at least 5,000 people to buy party memberships.

On their website, they list their choices for the ranked ballot: Chong first, then Lisa Raitt, then Andrew Saxton.

Chong won't say who he'll vote for in the second-place line on his own ballot, nor is he encouraging his supporters to choose someone in particular for the number 2 spot. He argues that it should be up to them and that those kinds of suggestions don't work anyway.

O'Leary dropped out of the race last month, pledging to encourage the 35,000 members he says he signed up to back current front-runner Maxime Bernier.

But, in recent days both Andrew Scheer and Erin O'Toole announced their campaigns had snagged some of O'Leary's team. This week, Scheer also announced support from dairy farmers in Bernier's own riding.

Still, Bernier remains at the front of the pack.

Chong has spent recent days warning of Bernier's "extreme" policies, arguing that proposals like reducing the role of the federal government in health care and dismantling the supply management system will be more costly — fiscally and politically — than people realize.

Policies like those could alienate voters in the next election, he said. That's not the only risk he sees.