Fighting scourges of polio and terrorism of Boko Haram 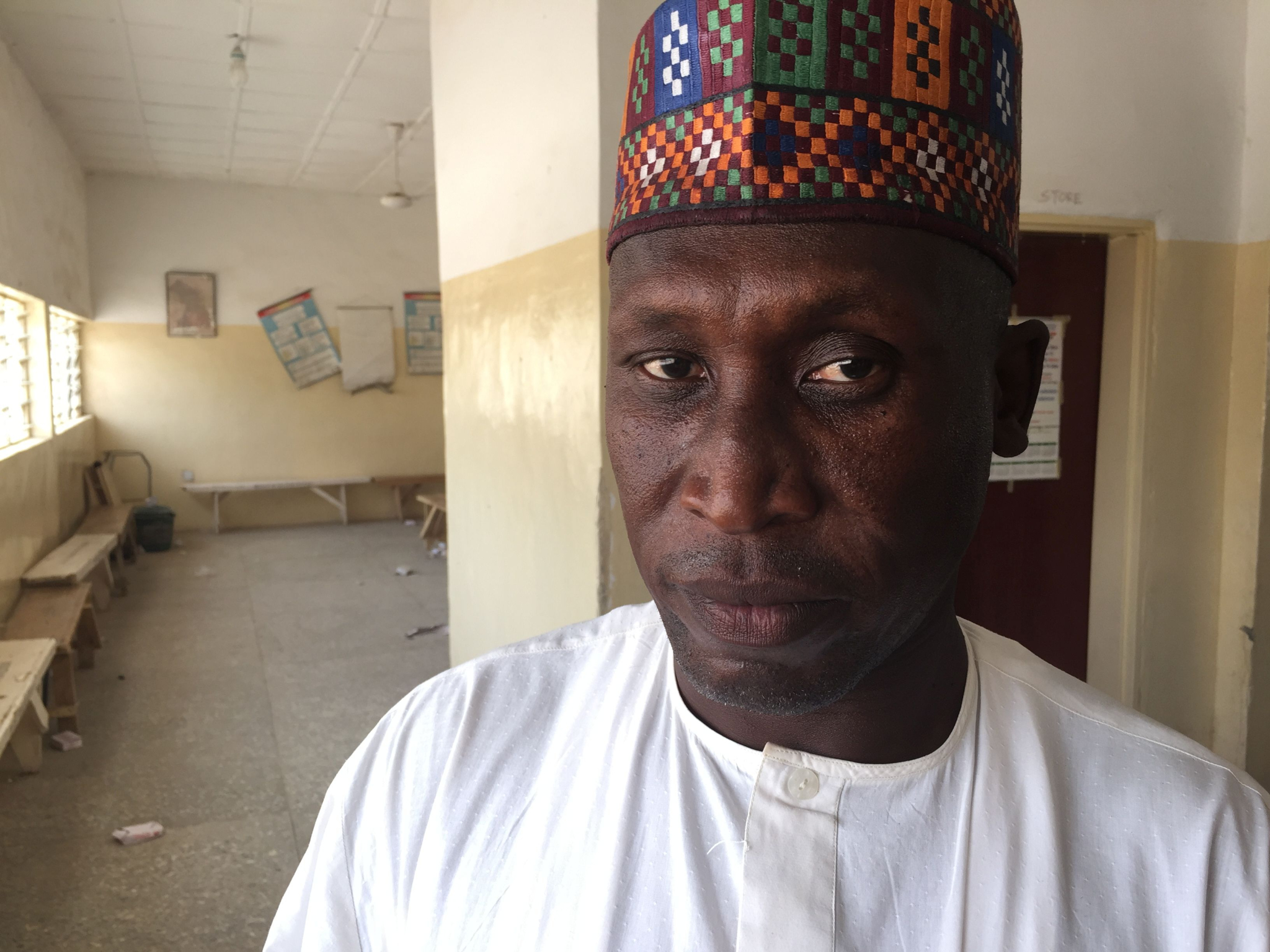 In the northern Nigerian city of Katsina, the extraordinary tenacity of Ibrahim Musa seems emblematic of his country’s fight against the interrelated scourges of polio and the terrorism of Boko Haram.

A public health officer who played dead one time to survive a gun attack on his clinic, Musa has helped stage many immunization drives against polio, which as recently as the 1980s crippled an estimated 350,000 children every year -- 75,000 of them in Africa.

His latest tactics are “hit and run” vaccination campaigns in local bus stations and along roadsides to catch some of the children who’ve been missed as Boko Haram has confounded global efforts to eradicate polio, a crippling disease which remains in only three countries – Afghanistan, Pakistan and Nigeria.

In 2016, fewer than 40 polio cases were reported worldwide, and the number of African cases dwindled to just four, all in northeastern Nigeria’s war-torn Borno state, where Boko Haram -- whose name in the Hausa language means "Western Education is Forbidden" – controls almost half of the state.

The Nigerian government blames Boko Haram for “massive destruction of the health infrastructure.” As a consequence, it warns, “there are areas with low population immunity and weak surveillance performance that have sustained poliovirus transmission.”

On a recent morning at the Kauyven Alau Basic Health Clinic in central Katsina, Musa mapped out plans for an immunization drive across a densely-populated section of the city of four million residents.

Under Musa’s direction, hundreds of community health workers fanned out through the alleyways of the nearby slums, among the poorest in the world.

The workers are part of a national army of 390,000 polio campaigners funded at an annual cost of nearly $250 million by the Nigerian government, the World Health Organization, UNICEF, and numerous countries including Canada, which invests more per capita than any other country in polio eradication.

In the 40-degree heat they carried coolers full of liquid live polio vaccine that must be kept cold before being administered by droppers to children.

“This has always been a very difficult area for immunization,” Musa noted. The polio virus, he explained, is usually spread in human waste. Infected individuals shed poliovirus into the environment for several weeks, where it can spread rapidly, especially in areas of poor sanitation like Katsina’s slums.

“But even so,” Musa insisted, “without the terrorism problem, polio would have been eradicated here long ago.”

Bitter personal experience and tragedy stand behind Musa’s view that terrorism is largely to blame for polio’s stubborn resistance to the $14-billion, decades-long global effort to eradicate it.

On February 8, 2013, two gunmen attacked Musa’s clinic – one of a pair of attacks that killed ten polio eradication workers in northern Nigeria that day.

“As we were mobilizing for the vaccination campaign that morning,” Musa recalls, “I heard gunshots. We all dove to the floor.”

Musa survived the attack by pretending to be among the dead sprawled across the clinic’s floor tiles. Three of Musa’s colleagues were killed, and three more severely wounded.

Responsibility for the attack was never claimed, Musa notes. But polio vaccination campaigns were suspended in the area.

“We had no immunizations here for more than eight months,” Musa recalls. “People simply refused out of fear to participate in the vaccination campaigns – which is exactly what is now happening in Borno state. A lot of the kids in the conflict zones are not vaccinated.”

And that, says Dr Kabir Suleiman, manager of the polio emergency operations centre in Katsina, is disrupting international efforts to eradicate polio.

“Even though the military have been trained to help vaccinate children in the conflict areas, many children are not reached,” Sulieman explains. “As a result, just as we were beginning to think Nigeria was polio-free, new cases began to emerge.”

“With so many areas ruled by Boko Haram, it’s something we should have expected.”

After Boko Haram killed Hadizi Hashim’s husband last year, she and her six children fled their home in Midiguri, the capital of Borno state.

They found sanctuary 500 kilometres westward, in Katsina, where she shares a three-room home with three other displaced families.

“In Midiguri, we had been living in terror, without access to healthcare services, or to polio immunization,” says Hashim, 45. “You stay home because you’re afraid to go to the clinic.”

Two million people are now estimated to have been displaced since Boko Haram began terrorizing Nigeria’s northern states in 2002.

According to the Nigerian government, more than 800,000 displaced children have been vaccinated, about two percent of them for the first time.

For people still living in areas controlled by Boko Haram, however, vaccination can only be done through “hit and run” exercises where military escorts accompany the vaccination teams.

“The crisis has escalated and the influx of people from Borno is huge,” says Abdullah Ganadaje, executive governer of Kano State, a northern state where some areas are controlled by Boko Haram.

“But we have long experience with nomadic movements of people and it appears that our strategies are working.”

The Nigerian government takes a less relaxed view, however. According to Nigeria’s emergency polio plan, “the continued movement into and out of Borno with the fluctuating security situation poses a huge risk of transmitting polioviruses.”

Dr. Tunji Funsho, who leads the polio fight in Nigeria for Rotary International, which has raised US$1.6 billion to fight polio in 122 countries since 1985, says the threat to global eradication posed by Boko Haram is serious. The poliovirus originating in Nigeria has sparked outbreaks in 25 polio-free countries.

“You can’t do polio surveillance in areas where you don’t have physical access,” he says, “and there is no certainty we are reaching every child in Borno State.”

The core problem, says Funsho, is that Boko Haram is ideologically opposed both to medical science, and to negotiating to protect children.

“If there was, I am sure the government would have sat down with them a long time ago to finally finish the polio fight.”