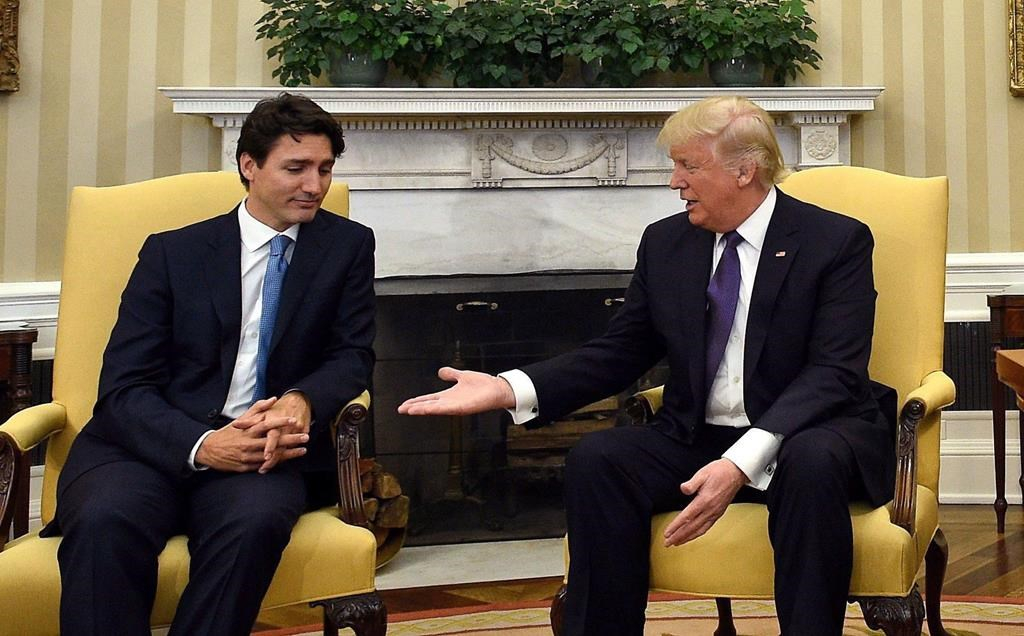 President Donald Trump is delaying a decision on whether to withdraw from a landmark climate deal until after an international summit later this month.

The move means the president will head to the G7 summit in Italy at the end of May amid continued global uncertainty over whether the United States will remain in the emissions−cutting deal struck in Paris under the Obama administration.

White House spokesman Sean Spicer said Tuesday that Trump wants to "continue to meet with his team," seeking advice from both an economic and an environmental perspective as he works to make a decision.

A meeting for top advisers to discuss the deal had been set for Tuesday afternoon but was postponed.

Trump pledged during the presidential campaign to renegotiate the accord, but he has wavered on the issue since winning the presidency. His top officials have appeared divided about what to do about the deal, under which the United States pledged to significantly reduce planet−warming carbon emissions in the coming decade.

Leading up to the expected Tuesday meeting, a number of high−profile businesses spoke out in favour of remaining part of the agreement. A group including Apple, Google and Walmart signed a letter sent to Trump last week. And this week, a larger coalition signed on to ads run in the Washington editions of the New York Times and Wall Street Journal.

On Instagram Tuesday, renowned jeweler Tiffany and Company wrote a message to the president, saying "we’re still in for bold climate action. Please keep the U.S. in the Paris Climate Agreement."

Ted Halstead, president of the Climate Leadership Council, said that "there is a nearly unanimous position on the part of big business." Halstead co−authored an opinion piece that ran in the New York Times Tuesday, titled "The Business Case for the Paris Climate Accord."

Opponents of the deal have also lobbied the president this week, with a group of conservative organizations signing a letter saying "the treaty is not in the interest of the American people and the U. S. should therefore not be a party to it." Signatures on the letter include veteran anti−tax activist Grover Norquist and Myron Ebell, who led transition efforts at EPA prior to the president’s swearing in.

The Paris accord, signed by nearly 200 nations in 2015, was never ratified by the Senate due to the staunch oppositions of Republicans. It therefore does not have the force of a binding treaty, and the United States could potentially withdraw from the deal without legal penalty.

Secretary of State Rex Tillerson, the former chief executive of the oil company Exxon, said at his Senate confirmation hearing in January that he supports staying in the deal. But Environmental Protection Agency Administrator Scott Pruitt has said the Paris pact "is a bad deal for America" that will cost jobs.

Like Trump, Pruitt has questioned the consensus of climate scientists that man−made carbon emissions are the primary driver of global warming.

A senior administration official said the president’s inclination has been to leave the pact, but Ivanka Trump set up a review process to make sure he received information from experts in the public and private sector before a making a decision. The official requested anonymity to discuss private conversations.

Ivanka Trump, who serves as an adviser to her father, was supposed to meet separately Tuesday with Pruitt, but that meeting was also postponed, according to a White House official who requested anonymity to discuss private talks.