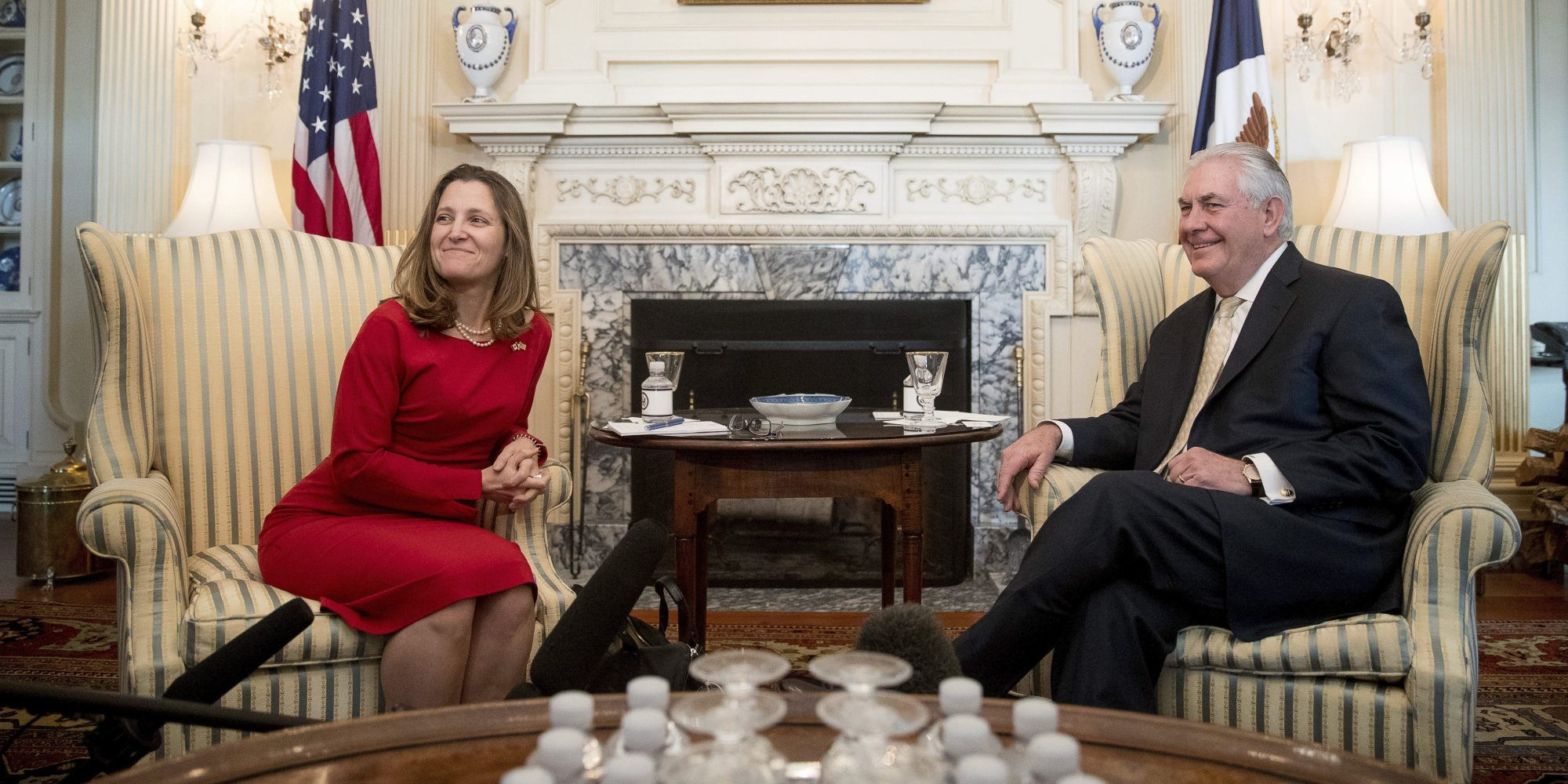 ​Foreign Affairs Minister Chrystia Freeland says it is significant that the United States joined its Arctic Council partners in signing a declaration that supports the Paris accord on climate change.

Canada, the U.S. and its six Arctic Council partners adopted the nine-page "Fairbanks Declaration 2017," which noted that the Arctic is warming at more than twice the rate of the global average.

The document noted the importance of reducing soot and methane emissions and said climate change is the most serious threat to Arctic biodiversity.

Freeland also praised the work of U.S. Secretary of State Rex Tillerson at the two days of Alaska meetings, which wrapped up Thursday night, in getting a consensus on recognizing the Paris accord.

Donald Trump pledged to renegotiate the accord during last year's U.S. election campaign, but has wavered on the issue since taking office.

Freeland had no comment on Tillerson's public remarks after Thursday's meeting — the U.S. will not rush to decide its climate change policies.

But she made clear it was important for all Arctic Council countries, including the U.S., to acknowledge the Paris accord and the importance of fighting climate change.

"Canada is very pleased the Paris agreement is in that declaration," Freeland said in a conference call from Fairbanks on Thursday night.

"We know that climate change is having a powerful impact and we believe that only concerted international action is going to do what it takes to fight climate change.

"We got to a very good place on climate change in this agreement."

Earlier, Tillerson said the Trump administration was still reviewing its climate change policies, notwithstanding his signature on the Arctic Council's latest declaration.

"We are appreciative that each of you has an important point of view, and you should know that we are taking the time to understand your concerns," Tillerson said.

"We're not going to rush to make a decision. We're going to work to make the right decision for the United States."

Tillerson's words and actions averted a scenario that many observers feared might emerge from the Arctic Council meeting — the U.S. announcing its withdrawal from Paris.

Protesters greeted Tillerson Wednesday afternoon in Fairbanks with a sign that said, "Welcome to the frontline of climate change."

Freeland said Tillerson played a "strong and positive role in holding the chair in all eight Arctic countries in getting to a public declaration that we were all able to sign, which includes very clear recognition of the Paris agreement" as well as the United Nations Sustainable Development Goals.