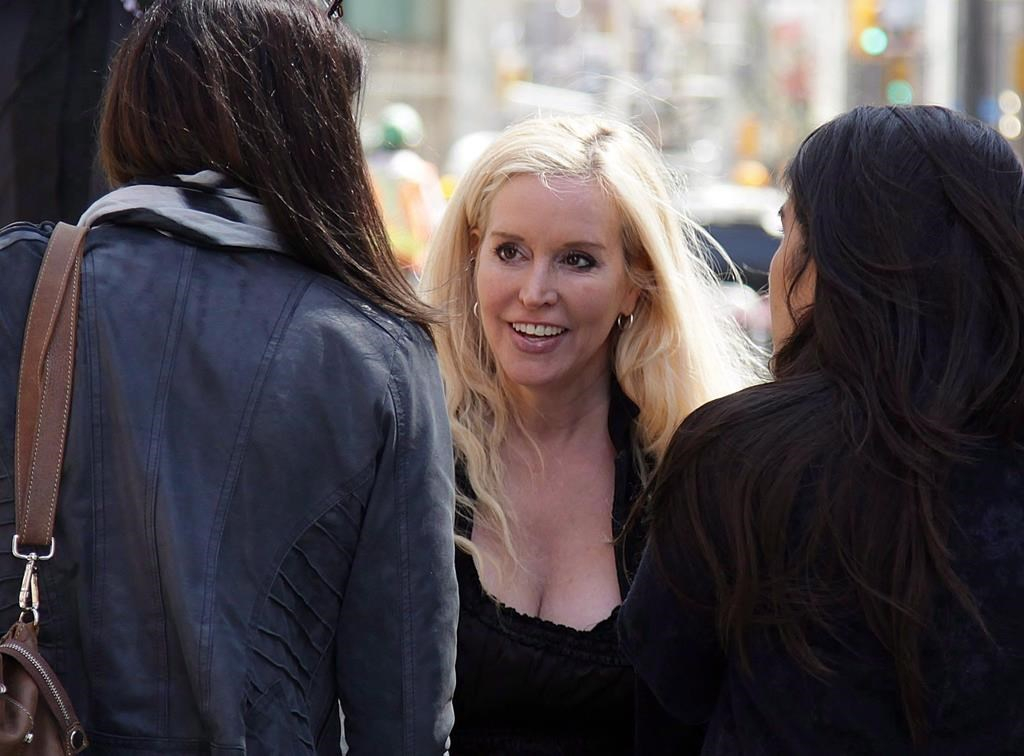 Linda Redgrave, who accused former CBC radio host Jian Ghomeshi of sexually assaulting her, is seen outside Ontario court of justice in Toronto on Wednesday, May 11, 2016. File photo by The Canadian Press
Previous story
Next story

Canada is a step closer to requiring would-be federal judges to receive comprehensive training in sexual assault law, thanks to a rare show of cross-partisan support Monday in the House of Commons.

The Liberal government, after having initially voiced concerns about judicial independence, threw its support behind a private member's bill first introduced in February by interim Conservative leader Rona Ambrose.

"It's a very common-sense, small piece of the puzzle that will make a big difference," Ambrose said Monday, after thanking New Democratic Party MPs for working to speed the bill's passage through the Commons.

Earlier, Justice Minister Jody Wilson-Raybould said the government was satisfied with minor changes the Commons status of women committee made to Bill C-337, which now will make its way to the Senate.

The legislation would also change the Criminal Code to require either recorded or written decisions in sexual assault cases and require the Canadian Judicial Council to report on continuing education courses on sexual assault law.

The bill also had the support of one of the women at the centre of last year's high-profile trial of Jian Ghomeshi.

In an interview with The Canadian Press, Linda Redgrave said judges need to better understand the impact that trauma can have on the memory and behaviour of someone who has experienced sexual assault.

Redgrave, whose identity was protected by a publication ban before she asked for it to be lifted, was among those who accused the former CBC personality of sexual assault before his dramatic and controversial acquittal in March 2016.

"Unless there is some kind of judicial training in place, then we don't have fair access to justice," said Redgrave, who founded a non-profit organization called Coming Forward to help support victims of sexual assault navigate the justice system.

In his March 2016 decision acquitting Ghomeshi in the Ontario Court of Justice, William Horkins said he was unable to rely on Redgrave's testimony, describing her version of events as "shifting" and her behaviour as "odd."

"The expectation of how a victim of abuse will, or should, be expected to behave must not be assessed on the basis of stereotypical models," Horkins wrote in his ruling.

"Having said that, I have no hesitation in saying that the behaviour of this complainant is, at the very least, odd. The factual inconsistencies in her evidence cause me to approach her evidence with great skepticism."

The judge also noted that all he had to go on was the credibility of the complainants, which is not unusual in matters involving sexual assault.

Horkins declined to comment, but a spokeswoman for the Ontario Court of Justice says all its judges are given education in "social awareness," including on issues related to gender-based violence and sexual assault.

Redgrave said better and more consistent training could change the way judges determine the credibility of a sexual assault complainant.

She said it could also help encourage more victims to turn to the courts.

The Ghomeshi trial and ruling, both of which prompted an emotional debate about how abuse complainants are treated by the justice system, likely did the opposite, she added.

"I think it sent a message loud and clear to tell people that if you try to come forward, your credibility is going to be taken down."

In a written brief to the House of Commons committee that studied Bill C-337, Redgrave and Toronto lawyer Helgi Maki argued the training for judges should include learning about "the neurobiological impact of trauma," as well as how to conduct a trial in a way that understands this impact.

Drawing on the work of Lori Haskell, a Toronto clinical psychologist who specializes in trauma, Redgrave and Maki wrote that victims of sexual assault can find themselves feeling frozen and unable to fight back, have trouble making decisions, show no emotional expression after an assault takes place and experience memory loss.

New Democrat MP Sheila Malcolmson said the status of women committee is also planning to do some outreach with the provinces and territories about the need for similar training for police and other players in the justice system, which is something they heard from numerous witnesses.

"The judges are just the final arbiter in a very long line of people within the justice system," she said.