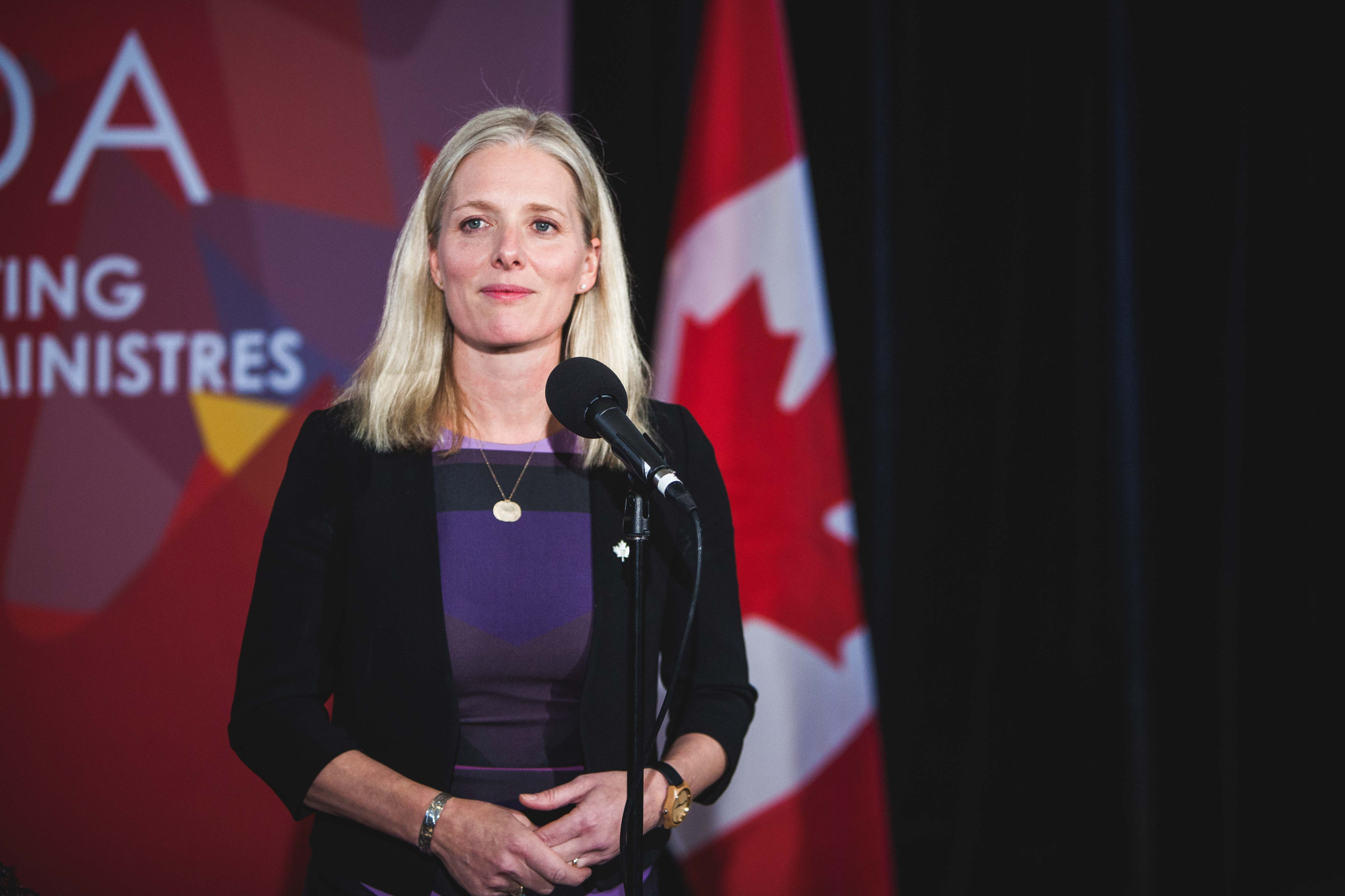 Environment Minister Catherine McKenna will provide media with a technical briefing on her carbon tax plans, Thurs. May 18, 2017. Photo by Alex Tétreault
Previous story
Next story

Provinces have until the end of 2018 to introduce a price on carbon or Ottawa will impose its own model instead, a technical paper on the federal carbon−pricing scheme will say today.

Environment Minister Catherine McKenna will make public the paper, which proposes to give provinces three options for pricing carbon: legislate their own levy on emissions starting at $10 a tonne, legislate their own cap−and−trade system which can show it will produce equivalent cuts in emissions as a carbon tax, or use a hybrid model largely based on Alberta’s program which Ottawa will impose itself.

McKenna will accept public comments on the paper and intends to introduce legislation in the fall.

The plan is part of the Pan Canadian Framework for Clean Growth and Climate Change. Canada has agreed to cut its emissions to 30 per cent below 2005 levels by 2030. That requires a reduction of almost 200 million tonnes of carbon−equivalent emissions in 13 years, or the equivalent of taking every car in Canada off the road, twice.

Dale Marshall, national program manager at Environmental Defence, said a carbon price helps get there but it is not "a panacea." He said it’s frustrating so much attention is focused on the carbon tax when no government anywhere has implemented a carbon price high enough to cut emissions as much as they need to be cut.

"Hopefully, people will stay engaged on things like a clean fuel standard, methane regulations, a zero net energy building code and a zero emission vehicle strategy, et cetera," he said. "All are needed."

The framework does include some of those measures, although the government recently delayed its methane regulations. A discussion paper on clean fuel standards was released earlier this year.

University of Calgary economics professor Jennifer Winter wrote a blog last week suggesting at $10 a tonne, households will pay an additional $121 a year in B.C., and up to $224 more in Nova Scotia. At $50 a tonne, those costs rise to $603 in B.C. and $1,120 in Nova Scotia. People in provinces with larger renewable sources of electricity will pay less.

All of that assumes no behavioural changes such as driving less, buying a more fuel−efficient car or upgrading home insulation and windows.

Mitch LaBuick, an indirect tax specialist at BDO Canada, said it’s hard to truly know how much a carbon tax raises prices. He said in Alberta, the price at the pump didn’t immediately go up 4.5 cents a litre on Jan. 1, when the new carbon levy came into effect. Market forces such as business decisions on profit margins and competition, can determine how much higher a price will go, he said.

However, he said taxing carbon to change behaviour is not a new concept, noting governments have for years used taxes on cigarettes to help encourage people to quit smoking.

The Alberta carbon−price model includes a direct tax on most transportation and heating fuels and a type of cap−and−trade for large industrial emitters. Alberta returns some money directly to low and middle−income Albertans through rebate cheques and puts the rest into small business tax cuts, renewable energy production and other climate change mitigation projects.

Saskatchewan and Manitoba are the most likely candidates for having the federal carbon−price scheme imposed on them. B.C. and Alberta have carbon taxes, Ontario and Quebec have cap−and−trade systems and Nova Scotia intends to create a cap−and−trade system in 2018. The other Atlantic provinces are looking at whether to join Nova Scotia’s plan or go it alone.

Manitoba intends to introduce a climate change strategy later this year, but hasn’t committed yet to including a price on carbon.

Saskatchewan Premier Brad Wall is the loudest opponent to a carbon tax and has threatened to sue Ottawa to prevent it from being imposed on his province.