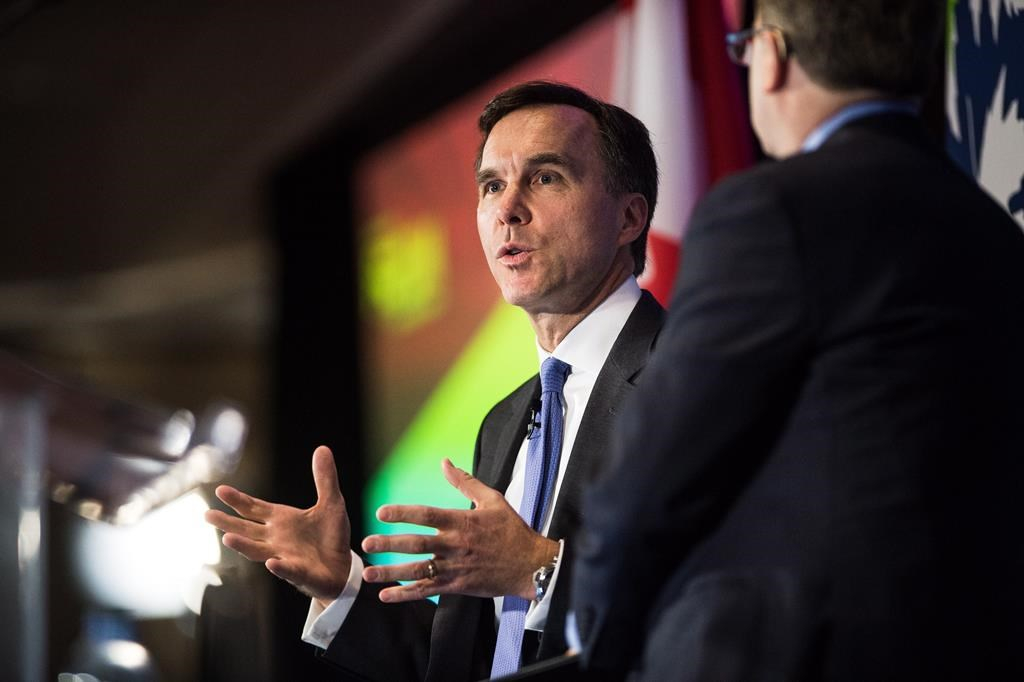 The man who played a lead role in drawing up the blueprint for Canada's proposed infrastructure bank says the agency should not be completely independent of political oversight.

Cabinet needs to have a say in the selection of projects supported through the bank, which is designed to merge public and private cash for infrastructure, said Dominic Barton, chair of the government's influential economic growth council.

The infrastructure bank is a key tool in the Liberals' economic growth strategy. It's designed to use $35 billion in public funds as leverage to attract billions more in private investment for large projects, such as rail lines, bridges and transit systems.

Earlier this week, Finance Minister Bill Morneau said the federal cabinet will have powers when it comes to the approval of projects under evaluation by the bank. It's important, he said, for government to protect the interests of Canadians when huge, multibillion-dollar projects are under consideration.

Barton, hand-picked by Morneau to lead the council, said the bank must also strike a balance between government and the market.

"I think the cabinet has to clearly play a role in saying, 'OK, we like these priority areas,' " Barton, the global managing partner of consulting giant McKinsey & Co., said Friday in an interview with The Canadian Press.

"But then in terms of how the actual projects are structured and set up, they can't play a role in that. That's got to be done on a market basis ... if we want to get some of the private capital to come in and help us be able to do more."

Following Morneau's remarks, the head of the infrastructure group for one of Canada's biggest pension funds said he's worried about the prospect of cabinet needing to sign off on some projects.

Andrew Claerhout of the Ontario Teachers' Pension Plan told a Senate committee hearing this week that private investors like his fund will want to know whether they're negotiating with the bank or cabinet ministers.

"That's probably the thing that's given me the most pause," said Claerhout, whose fund holds about $18 billion worth of infrastructure investments around the world.

"I think there needs to be more clarity on what is desired with that because if it is that cabinet gets a final look, that's very negative, in my view."

He added he could probably "live with" a design that would give cabinet a first look at a project proposal and allow it to decide early on whether it will approve it, before negotiations begin.

Barton's growth council, which has provided advice that has helped shape policy directions taken by the Trudeau government, first unveiled its idea for a so-called infrastructure bank last fall.

In its report, the council said when it comes to governance, the bank should be "sufficiently independent to achieve commercial credibility, balanced against governmental accountability."

Barton said it's helpful the bank is being built former Ontario Teachers CEO Jim Leech — someone who intimately understands what investors are looking for when it comes to the degree of independence as well as investment opportunities.

Political opponents have attacked the proposed bank, warning it would force Canadians to pay twice for their infrastructure — first through the public treasury and then through user fees that will generate corporate profits.

Some rivals have also argued the use of billions in public money to lure private investment would shift considerable risk onto taxpayers, in the event of cost overruns or defaults.

But Barton said the involvement of private investors will reduce the risks. He'd "be worried," he added, about a plan to only raise government debt with nothing from the private side.

The government has also been under fire over recent media reports that Ottawa consulted BlackRock Inc., the world's largest asset manager, about its concept for the bank.

Ottawa also engaged BlackRock to help it assemble some of the world's most powerful investors to a November summit in Toronto as it tried to promote Canada as an attractive place to invest. Prime Minister Justin Trudeau participated in the event.

The Liberals have insisted BlackRock was among a broad range of stakeholders that were consulted, including municipalities, provinces, unions and industry.

Mark Wiseman, a senior managing director for BlackRock, is also a member of the growth council.

Barton said the government needed to get expert views on its bank and that BlackRock will be one of many firms jockeying for a chance to invest in Canada.

"I honestly think that's ridiculous," Barton said when asked if he thought there's a conflict of interest.

"If BlackRock's competitive, then they'll get in. If they're not, they won't."