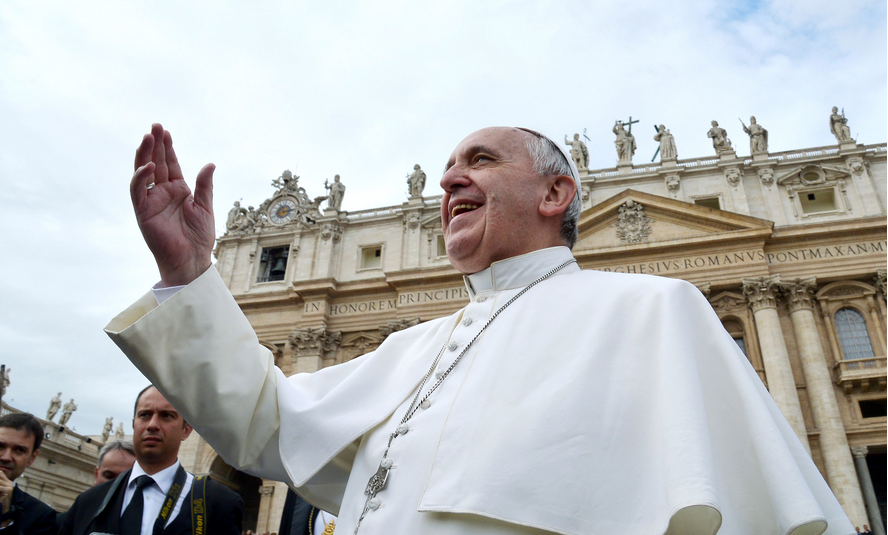 P.M. Justin Trudeau is expected to ask Pope Francis for a formal apology for the role of the Catholic Church in the residential school system when the two meet during a private audience later this month. File photo by the Canadian Press
Previous story
Next story

Prime Minister Justin Trudeau is expected to ask Pope Francis for a formal apology for the role of the Catholic Church in the residential school system when the two meet during a private audience later this month.

The Truth and Reconciliation Commission included the demand for a papal apology — to survivors, their families and communities — among the 94 recommendations in its report on the dark history and legacy of residential schools.

Trudeau, who has promised to act on all 94 recommendations, has previously promised to speak to the Pope about an apology, but noted he could not compel him to agree.

"It is a conversation that is going to have to happen between the two gentlemen," said a federal government official, who spoke to reporters at a technical briefing on the condition that sources not be named.

"Obviously, the Vatican is well aware of the TRC request and they know that's something that we will be raising, but in terms of advancing that conversation, I think it's going to have to happen in the room," the official said.

Canadian bishops have also raised the issue during visits to the Vatican over the last few months.

Trudeau is also bringing his wife, Sophie Gregoire Trudeau, to meet Pope Francis when he visits the Vatican May 29, but she and all others will remain outside the room when the prime minister and the religious leader hold their private conversation.

The visit will also involve a tour of the Vatican museum and the famed Sistine Chapel, where the ceiling was painted by Renaissance artist Michelangelo.

The Vatican stop comes during a trip to Europe for the NATO leaders summit in Brussels and the G7 gathering in Taormina, Italy.

There, the Liberal government is also hoping to get a bilateral meeting with U.S. President Donald Trump — who this week began the countdown to renegotiate the North American Free Trade Agreement — in order continue pressing him on the importance of the relationship between the two countries.

Trudeau will also visit Amatrice, Italy, the site of a devastating earthquake in August 2016, and spend time in Rome for an official bilateral visit including a meeting with Italian Prime Minister Paolo Gentiloni.

Former Conservative prime minister Stephen Harper, who issued a residential schools apology on behalf of the Canadian government in 2008, did not raise the issue directly during a 10-minute audience with Pope Francis two years ago, but did mention the report of the Truth and Reconciliation Commission.

That report documented abuse, illness and even deaths in the residential schools. More than 150,000 First Nations, Metis and Inuit children passed through the schools, which were largely operated by churches and funded by the federal government from the 1840s to 1996, when the last one closed.

The Catholic Church operated 64 of the 140 schools included in the settlement agreement.

The report noted that the United, Anglican and Presbyterian churches, which were also involved in operating residential schools, had their national leaders issue formal apologies on behalf of their churches.

The Roman Catholic Church in Canada, though, does not have one person who is authorized to speak on behalf of the whole church, which meant that apologies were left to individual religious orders and dioceses.

"The result has been a patchwork of apologies or statements of regret that few survivors or church members may even know exist," said the report.

In 2009, the previous pope, Benedict XVI, did express "sorrow" on behalf of the Catholic Church for the "deplorable conduct" by some members of the church in their treatment of indigenous children in residential schools.

"His Holiness emphasized that acts of abuse cannot be tolerated in society," said the statement.

The Truth and Reconciliation Commission report said this did not go far enough, especially since it was not made in public.

"A statement of regret that children were harmed in the schools is a far cry from a full and proper apology that takes responsibility for the harms that occurred," the report said.

The commission said the apology should be similar to the one that Benedict XVI delivered in Ireland in 2010 to victims of abuse by the church.