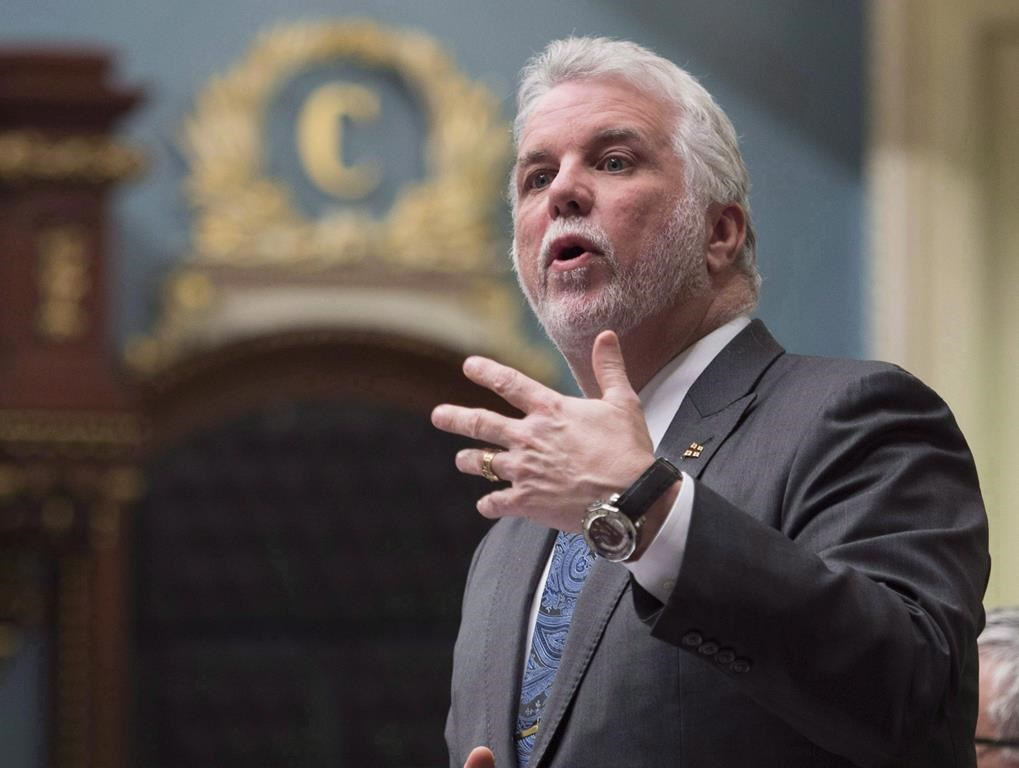 Quebec Premier Philippe Couillard says the province could contribute to an eventual successful peace process between Israelis and Palestinians.

Speaking today in the West Bank, he said Quebec could play a role, within its limits, in resolving the impasse and promoting the construction of two peaceful states living side by side.

Couillard made the comments in Ramallah as part of a tour of Israel and the West Bank, where hopes are high on both sides of the conflict that an upcoming visit by Donald Trump could spur new talks in the region.

Trump is due to arrive in Israel on Monday and will visit Palestine the next day -- a gesture that both Israeli and Palestinian leaders say could help to revive the peace process.

In Jerusalem, American flags can be seen throughout the city and walls are plastered with the slogan "Trump makes Israel great."

In Ramallah, the Palestinian Authority's economics and industry minister says both Palestinians and Israelis have everything to gain from the visit.

"This gives a lot of hope," Shukri Bishara told journalists on Sunday following an appearance with Couillard.

"The fact that President Trump is involving himself in the peace process has taken the world by surprise."

For his part, Couillard said he wanted to make Quebec "a partner that can build the capacity of the future Palestinian state," notably through exchanges on education and the organization of public services.

"With its strengths and within its means, Quebec can also play a role in the peace process," he said Sunday.

He is expected to sit down with Israeli Prime Minister Benjamin Netanyahu on Thursday for a discussion that is expected to be centered around innovation.