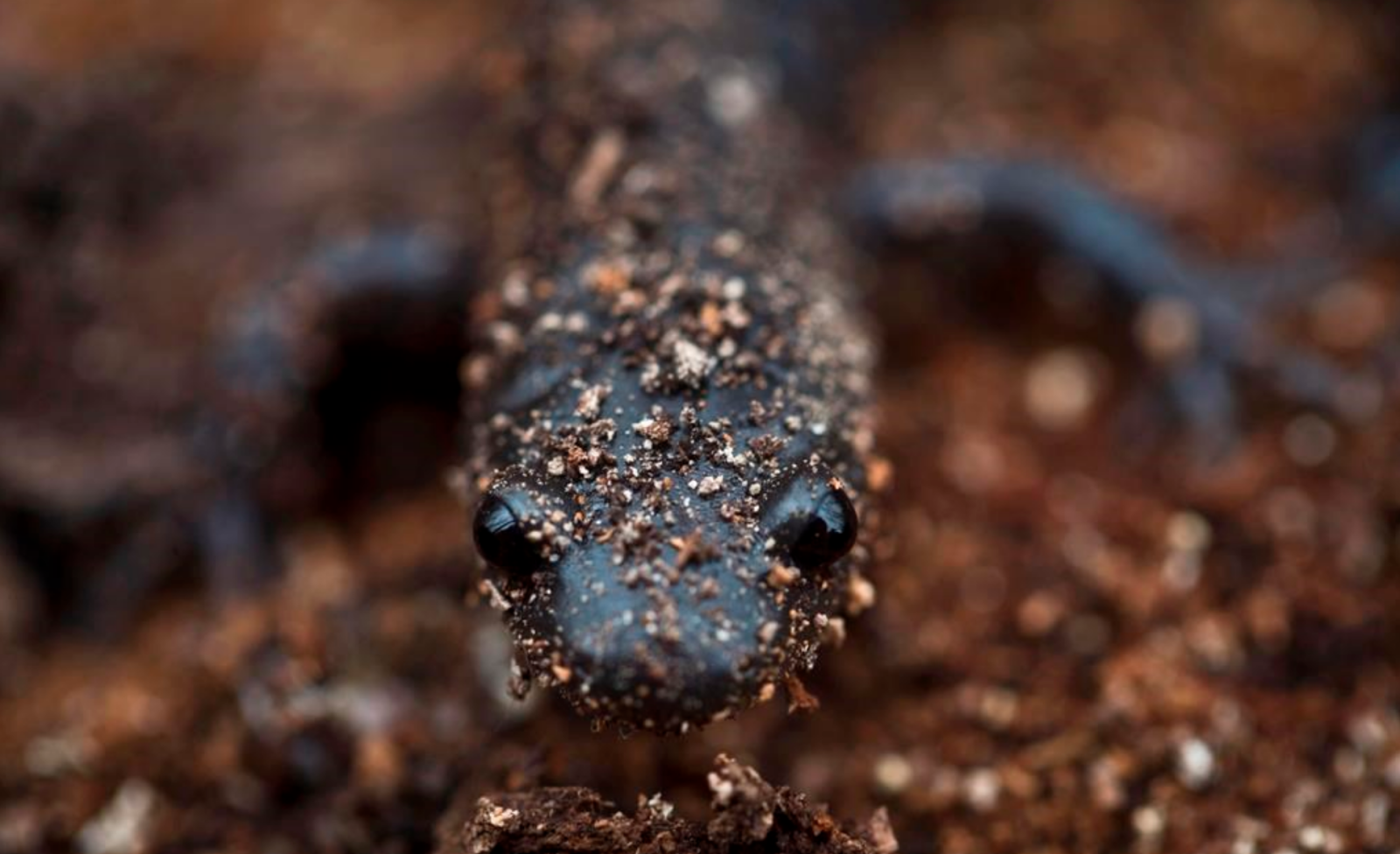 The endangered Allegheny mountain dusky salamander is so rare, some scientists who study them have never seen a specimen alive. Photo by The Canadian Press
Previous story

A group of Ontario residents trying to ward off the development of a new quarry in their community say they have found two endangered salamanders that they hope will convince authorities to put an end to the project.

The Burlington, Ont., residents say the discovery of the Jefferson dependant unisexual salamanders should force the province to reconsider the development by Meridian Brick, which has had two active quarries in the area for decades.

"This is a real coup," said Maria Adcock, who lives nearby and is part of the Tyandaga Environmental Coalition. "This is a beautiful area that shouldn’t be developed and this discovery should help save the forest."

Meridian has had rights to develop a third quarry since 1972, but hadn’t acted on it until two years ago.

Dozens of residents who bought homes in the community argue they were never warned about the possibility of a quarry being developed next to their backyards. They first learned about it when the company sent around a newsletter in 2015. That’s when the community got organized, waging an environmental fight to save the trees — and the value of their properties.

The city has said it can’t stop the project.

"After extensive review by staff in several city and regional departments, we have come to understand that Meridian Brick is within its legal rights and that the Province of Ontario, not the City of Burlington, has jurisdiction over this matter," said Burlington Mayor Rick Goldring.

Last year, the residents set their sights on the province, arguing the project would violate Ontario’s rules and regulations surrounding endangered animals and their habitats.

But the province needed proof, so the residents went searching the areas just outside the brick company’s property for evidence of Jefferson salamanders.

And they found it last year, when they spotted a salamander near the quarry site. They snapped a photograph and sent it to Jim Bogart, a University of Guelph professor emeritus who has studied salamanders since the 1970s.

To him, it looked like an Allegheny mountain dusky salamander, which only has two small populations in Ontario, both near the Niagara Gorge, he said, but he needed a tissue sample to confirm its identity.

The endangered dusky is so rare that Bogart said he’s never seen one live.

"This was very exciting and very important — it could be a new dusky salamander population," said Bogart, 77. "But all I have is the photograph at this point."

That sighting was important enough for Ontario’s Ministry of Natural Resources and Forestry to put a temporary hold on the company’s plans, which hoped to begin clear cutting trees this year.

Meridian has since had environmental consultants examining the land for a wide variety of endangered species, both plants and animals, in order to comply with the Endangered Species Act, according to the ministry.

Bogart, who said he is not being paid by either side for his work, has been on the proposed quarry site several times searching for salamanders this spring. He’s found nothing of import on the property so far, but they are hard to spot.

If a dusky salamander was found, it’s likely that an entire stream and nearby areas on the company’s property would be protected habitat.

Then in mid−April, Bogart received tail clippings of five salamanders that the Tyandaga Environmental Coalition said they found in the area.

"They are fascinating genetically and have been driving me crazy for years!" Bogart said.

He said he hasn’t found any egg sacs of the unisexual salamanders, but is continuing to search, adding that the company’s hired consultants have been "marvellous" to work with.

A Jefferson salamander or the Jefferson dependant unisexual salamanders would have its habitat protected within a 300−metre radius and potentially up to 1,000 metres if another suitable breeding pond is found, Bogart said.

A ministry spokeswoman said they are awaiting results of the company’s report to review its plans to deal with endangered and species at risk.

Meridian spokesman Patrick Kelly said the company is undergoing new and updated studies as it tries to address the concerns of the community and is "making adjustments" in its plans, although he didn’t provide details. He said Meridian will update the residents on its plans at a meeting on Thursday.

Adcock remains hopeful the unisexual salamanders will prove as valuable as the Jefferson salamander, which was the primary reason a nearby quarry application was denied in 2012.

By Elizabeth McSheffrey | News | May 8th 2017
Race Against Climate Change