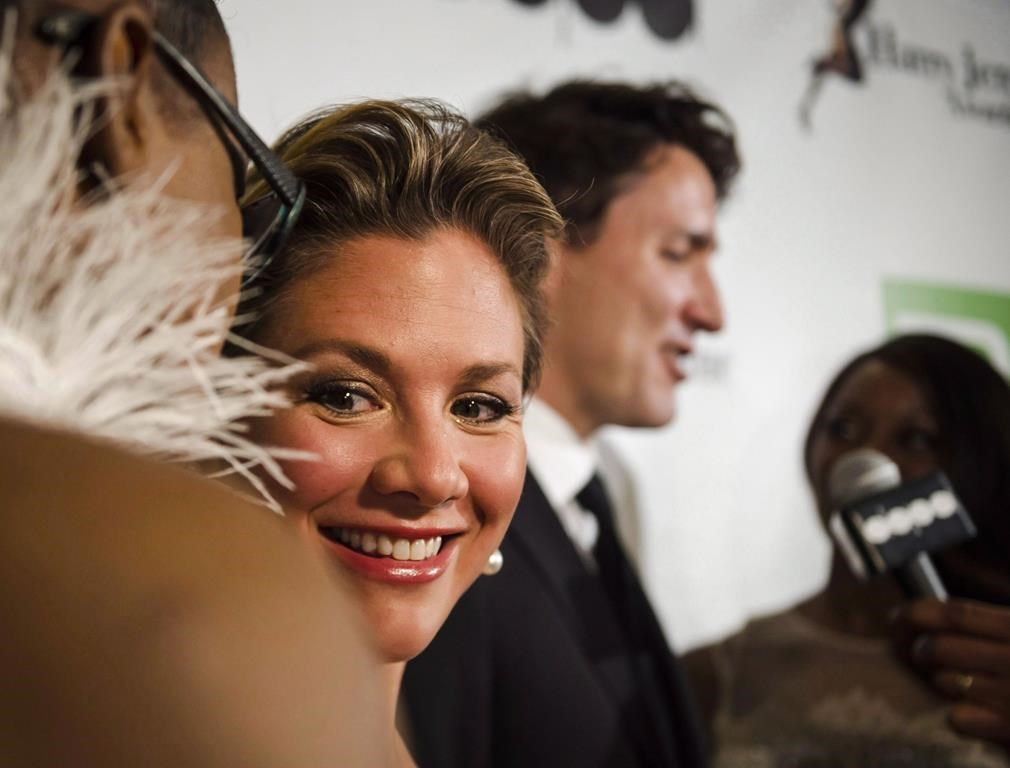 Police have charged a woman in southern Alberta with making online threats against the prime minister's wife and the Canadian government.

RCMP Cpl. Hal Turnbull said investigators were able to trace the social media account and link it to an address in Lethbridge.

"The threats were allegedly made against the Canadian government as well as against the prime minister's wife, Sophie Grégoire Trudeau," he said Tuesday.

Details of the threats and the social media platform were not released.

Turnbull said Lisa Seymour-Peters, 49, was arrested May 12. She has been charged with one count under the Criminal Code of uttering threats.

Seymour-Peters has been released from custody on the conditions that she not contact or be found within 100 metres of Sophie Gregoire Trudeau or her immediate family. As well, she is not to attend any political gathering or function.

She is to appear in Lethbridge provincial court on June 8.

"Using social media as a means by which to make threats against an individual or a group of people is not to be taken lightly and may result in criminal charges if a police investigation obtains evidence to support the laying of such charges."

Last year an Ontario man was acquitted on charges of making death threats against Grégoire Trudeau.

The man was overheard making comments on a Via train and was charged with uttering threats to cause death.

The judge in the case ruled that words alone without context were not enough for a conviction.