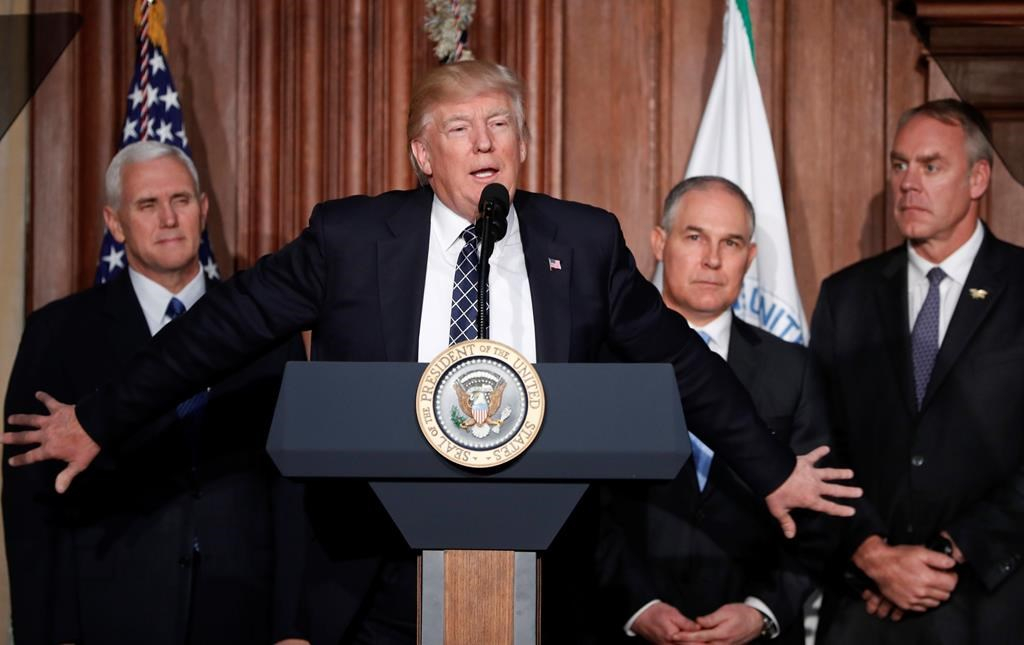 Senate Majority Leader Mitch McConnell and 21 other Republicans urged President Donald Trump on Thursday to follow through on his campaign pledge to pull out of the Paris climate accord.

The GOP senators sent a two-page letter to the White House saying that remaining in the international agreement signed by Trump's predecessor pledging to reduce carbon emissions could fuel legal challenges to the administration's push to roll back environmental regulations.

Most of the senators who signed are from states that depend on the continued burning of coal, oil and gas. That includes Oklahoma Republican Sen. James Inhofe and others who, like Trump, have suggested the scientific data showing the Earth is warming due to man-made carbon emissions is a hoax.

The letter signers account for fewer than half of Senate Republicans. A similar letter was also sent to Trump this week by attorneys general from 10 Republican-led states, including oil-rich Texas and coal-dependent West Virginia.

Trump pledged during the presidential campaign to "renegotiate" the accord, but he has wavered on the issue since winning the presidency. His top officials have appeared divided about what to do about the 2015 deal, which was signed by nearly 200 countries.

There are also influential voices urging Trump not to ditch the Paris accord. Forty Democratic Senators sent Trump a letter earlier this week urging him to stay in, saying a withdrawal would hurt America's credibility and influence on the world stage.

Hundreds of high-profile businesses have spoken out in favour of the deal, including Apple, Google and Walmart. Even fossil fuel companies such as Exxon Mobil, BP and Shell say the United States should abide by the deal.