CBC planning to roll out reinvented 'The National' in October 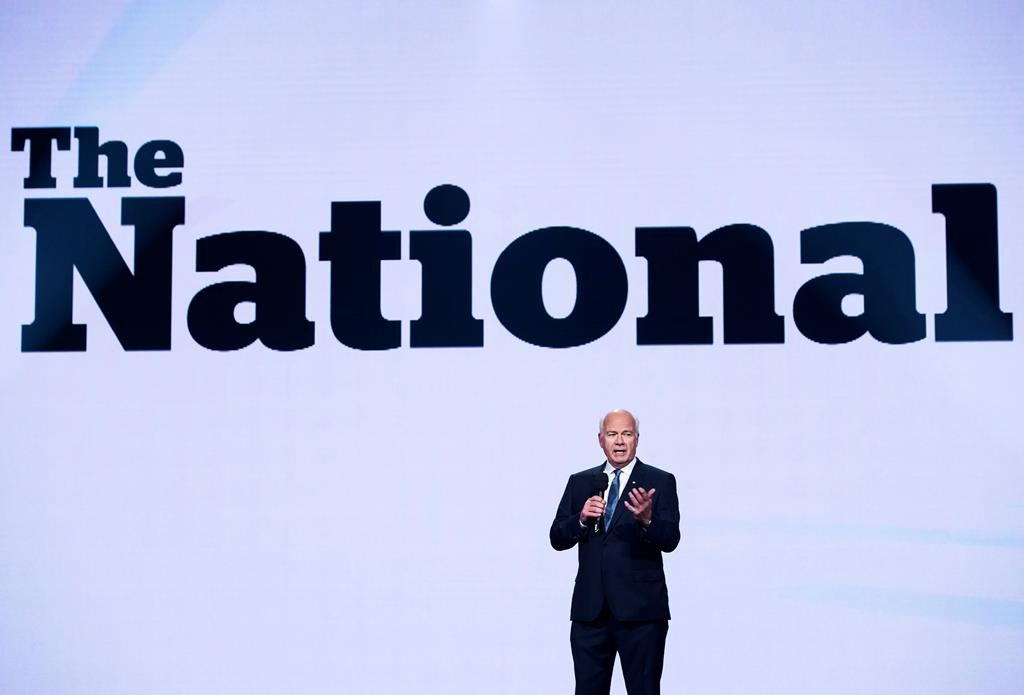 Peter Mansbridge, CBC News chief correspondent, speaks during the CBC upfront showcasing the CBC 2017-18 fall/winter lineup in Toronto on May 24, 2017. Photo by the Canadian Press/Nathan Denette
Previous story
Next story

As Peter Mansbridge prepares to bid farewell to "The National," the CBC's flagship news program is looking to possibly enlist multiple hosts for the anchor desk.

"We want it to be a show around active journalists," Jennifer McGuire, general manager and editor-in-chief of CBC News, said in an interview.

"We want the hosts of the show to be able to do field-based work too, and that will be more manageable with more than one (person) in terms of how the show works."

McGuire said they are scouting for candidates within and outside of the public broadcaster to take over for Mansbridge, who plans to step down after July 1. Mansbridge's career has spanned nearly five decades, including 28 years at the helm of "The National" as anchor and chief correspondent.

The full revamp of "The National" is slated to debut in mid-October.

"We're trying to change the visual storytelling style in terms of how we shoot it as well. We're doing a fundamental relook."

McGuire said the broadcaster is in the process of determining which elements of the existing show — such as its At Issue panel — will work with the new concept. A point-of-view segment will be a part of the relaunched show, but the new "National" will also likely have fewer stories and a greater focus on depth of coverage, she noted.

"('The National') was conceived at a time pre-24-hour news, let alone the continuous digital news environment that we live in. And we think that what people need at the end of the day has shifted," said McGuire.

"Most nightly news shows tend to be a show of record and they look back on the day that was and try to touch every story and tell people what happened. It's our feeling — and this is supported by research —that most people have some connection point to the news long before they touch it in the evening, so they need the show to take them somewhere else."

"The National" managing editor Steve Ladurantaye was recently reassigned after what the CBC called "an inappropriate, insensitive and frankly unacceptable tweet" he made as part of a controversial debate over cultural appropriation.

McGuire said they still plan to meet with Ladurantaye in the fall to reassess his connection with the program going forward.

"Steve is voluntarily doing some work on understanding particularly the indigenous reality firsthand like every good journalist should do.... He'll still be involved with helping us with our digital strategy and some other of our storytelling work, which will have an impact on 'The National,' but he's not sitting on top of that team right now."