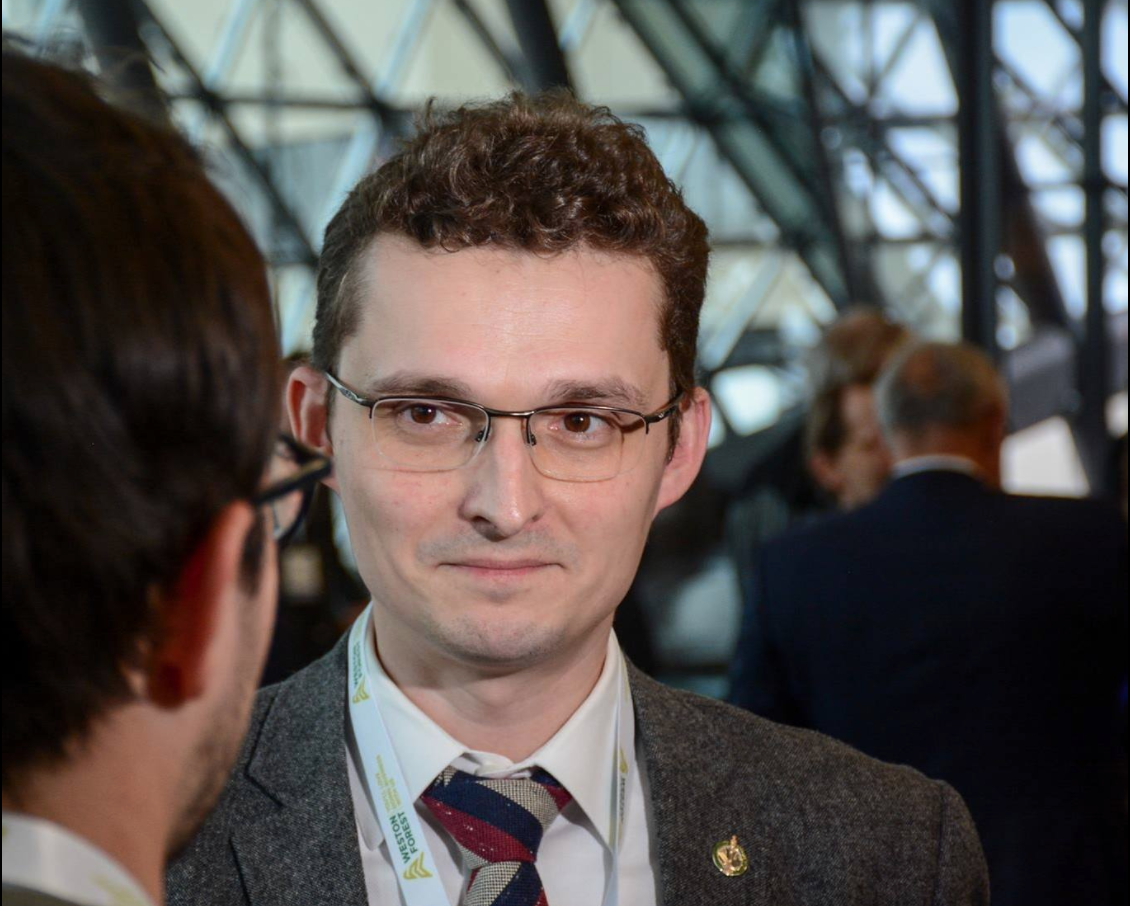 A Calgary Conservative MP says a recommendation to move the headquarters of the National Energy Board to Ottawa is "daft," and that two Liberal MPs from Calgary should be more vocal in their opposition to the proposal.

Calgary is the energy capital of Canada, Tom Kmiec told National Observer, and the city's only two Liberal MPs — backbencher Darshan Kang and Veteran Affairs Minister Kent Hehr — have a responsibility to keep it that way.

"They need to speak up much more than they have been doing so far, because the Conservatives have and we'll continue to do it," he said in an interview. "But you should set aside as much as possible our partisan affiliations, and speak up for Calgarians and Albertans as well."

A "daft" and "ridiculous" recommendation

Last week, a federally-appointed panel released a report on how to 'modernize' Canada's scandal-plagued National Energy Board (NEB), which currently assesses pipeline project proposals from headquarters in Calgary. Most of Canada's oil and gas companies, including many from the U.S., likewise have headquarters in the southern Alberta city, prompting widespread public concern that it is too close to industry to do its job objectively.

After collecting feedback from Canadians online and in 10 major cities, the federal panel recommended moving about a third of the NEB's staff to Ottawa, including its board of directors. There, they would operate as a new agency, the Canadian Energy Transmission Commission, which would replace the NEB.

This would bring the regulator, first created in 1959, back to its original Ottawa roots. The NEB was moved to Calgary in 1991 by the government of former prime minister Brian Mulroney.

But in its recommendations, the Trudeau government-appointed panel noted that pipeline projects were expected to become "fewer and fewer" in the future and that there would be a need for enhancing federal expertise on renewable energy and electric transmission lines.

Kmiec, MP for Calgary-Shepard, called the proposed move "daft" and "ridiculous." Based on personal experience, he said it would be difficult for the regulator to do anything effectively if the majority of its workforce is separated from its board of directors, and that putting headquarters in Ottawa would not improve objectivity.

“Bringing them to Ottawa just brings them closer to politicians like me and lobbyists, a whole bunch of lobbyists," he said. "It basically says, ‘You can’t trust Calgarians with regulatory decisions."

National Observer has documented several instances of management mistakes at the Calgary-based regulator and situations where NEB staff placed themselves in positions where they appeared to be in a conflict of interest.

Those include a case in which a technical staff member working on compliance and safety issues asked a regulatory official at pipeline company Kinder Morgan whether she could help find someone a job. It also includes the recent scandal involving a private meeting between senior Board officials and a representative from TransCanada, former Quebec premier Jean Charest, that was initially set up to discuss a project under review, the Energy East pipeline.

Kmiec told National Observer that the Energy East scandal was an isolated incident and not indicative of a trend.

Calgary's only two Liberal MPs, Darshan Kang for Calgary-Skyview and Kent Hehr for Calgary-Centre, spoke with media the week the report was released, and they too, vouched for keeping the regulator in Calgary.

In an interview with National Observer however, Kang disputed Kmiec's suggestion that he and Hehr hadn't been loud enough on the controversial proposal, and said he would continue to fight on behalf of Calgarians.

"He can't even imagine how loud we are," he said. "I love Calgary, I love Alberta. The only place for the NEB is Alberta and Calgary... I don't know where he's coming from."

The Trudeau government has yet to indicate it would implement any of the report's recommendations, and Kang emphasized that it's still too early to raise alarm bells. Instead of "creating an environment of panic," he suggested that the Conservatives support the Liberals in modernizing the NEB and getting Canadian oil to tidewater.

Taking it up with "whoever"

Asked what kind of steps he would take to ensure the regulator stays in Alberta however, Kang wasn't clear. When the constituency break is over, he said he would take it up with "whoever."

"We have already been working on this," he told National Observer. "Minister of Energy — whoever we need to approach, we've been approaching them... If we need to make improvements, we should make them here."

Hehr, veteran affairs minister for the Trudeau government, couldn't be reached for comment on this story, but told the Calgary Sun last Friday he would support efforts keep the NEB in Alberta.

“I’ve been around this business... a long time," he was quoted as saying in the newspaper. "Reports get written … recommendations get made, things are looked at and sometimes they are absolutely ignored. In my view, the National Energy Board should stay right in Calgary.

"We have a long line of expertise and talent and the like, so you know where I will be putting my full support, behind it staying in Calgary.”

That wasn't the only recommendation that had Albertans reeling however; the panel's 88-page report also suggested that the pipeline review process be extended from 15 months to three years.

Kmiec said this extension would likely do little to improve public trust — anyone who opposes pipelines for environmental or other reasons will oppose the regulator's decision to approve them, no matter what the timeline is. He also wanted to know how much all of these recommendations would cost taxpayers if implemented, and whether the revisions would mean "bigger bang for your buck."

"You don't need more regulation by any means, you just need smarter regulations," he explained. "Usually that means less of it because there’s such a high volume of regulatory red tape right now... It’s choking industry."

Gaétan Caron, a former NEB chairman, said he didn't think the report would necessarily make the regulator less efficient, but it would make operations more expensive. The recommendations would break up the NEB into several different entities, including an agency for energy information and analysis, and remove the regulator's responsibility to determine the "public interest" of a project.

That responsibility, he added, would go to the federal government, meaning the regulator's scope of work is reduced, but more spread out.

Fussing over the toolbox

"The process would be longer, the new regulatory agency would play a lesser role, and my answer is — yes, it can work," Caron told National Observer. "Anything can work if you resource it properly."

Caron was among a group of NEB employees who moved after the regulator relocated from Ottawa to Calgary in the 1990s.

He did however, agree that the proposal to move headquarters to Ottawa was a slight to Calgarians, and that extending the project review process to three years would not improve national unity.

"Anyone who has been very active in promoting action plans for climate change will most likely be aggrieved by any pipeline approved," he said. "All this fuss we've been having about process is Canadians fussing about the toolbox — the administration, the procedures, the red tape.

"I look forward to the day when we start talking about the fundamentals of the choices we as a society must make. To fight climate change, Canadians must fundamentally change the way they live...While we fuss about the toolbox, we're not dealing with those fundamental questions."

The federal government is accepting public commentary on the modernization panel's report until June 14. In a previous statement to National Observer, Natural Resources Minister Jim Carr indicated that the government would consider each recommendation carefully before issuing a final decision.

There is no "Trudeau

There is no "Trudeau Government" or "Harper Government", there is only the Federal Government. It belongs to taxpayers, not politicians and continuing Harper's hijacking of the name is unacceptable.

During the 2015 election , rime Minister Justin Trudeau campaigned on a promise to restore the credibility of the National Energy Board with Canadians. Based on reporting by the National Observer, a report for Natural Resources Canada by the Pembina Institute that involved consultation with citizens, and the resignation letter of Robyn Allan from the NEB hearings on Kinder Morgan ,it is clear that the NEB is a captured regulator. Intellectually and philosophically it is owned by the oil industry.

Tom Kmiec, a local Conservative MP ,claims it is “daft” to move the NEB board and senior officers to Ottawa. Like all Cons, he believes that assessment processes should be a simple formality before approving projects rather than evaluating them. He wants projects approved on the basis of the stripped-down environmental assessment process and the gutted environmental laws brought in by the Harper government. Once a project is proposed by the sacred oil industry it will be accepted. Conditions may be ordered but they won’t be onerous and the NEB will be very understanding if the proponent is unable to fulfill them all. Unfortunately, the NDP government of Alberta and a number of Liberals tend to agree with that approach.

However, if Prime Minister Trudeau really wants to restore trust in the NEB, the headquarters of that institution must be moved to Ottawa along with all the top executives and those who actually oversee and approve or reject proposals.. Unfortunately, although the Pembina Institute it consult before making its recommendation, the government said it needs to do more consulting and thus appears ready to wrinkle like a cheap shirt ,leaving the headquarters of the NEB in Calgary where future domination by the industry will continue .

Another sign that the government is ready to cave in on the NEB location
is the proposal to determine whether or not a project is in the national interest
before it is assessed. This would seem to be ridiculous. If the assessment
is a serious process, it would seem that the possibility of findings that show a high risk of severe environmental damage could affect any judgment on whether or not the project is in the best interests of Canada.

One of the criticisms of moving the NEB is that the federal government’s development bank is going to be situated in Toronto in the Finance district. In fact, the criticism of having the development bank in the finance district of Toronto is the same as that of having the NEB account .in Toronto, the so-called State Development Bank will become a Tip of private finance .it should also be moved far from the clutches of private finance .

Palms can be oiled in Ottawa

Palms can be oiled in Ottawa too.