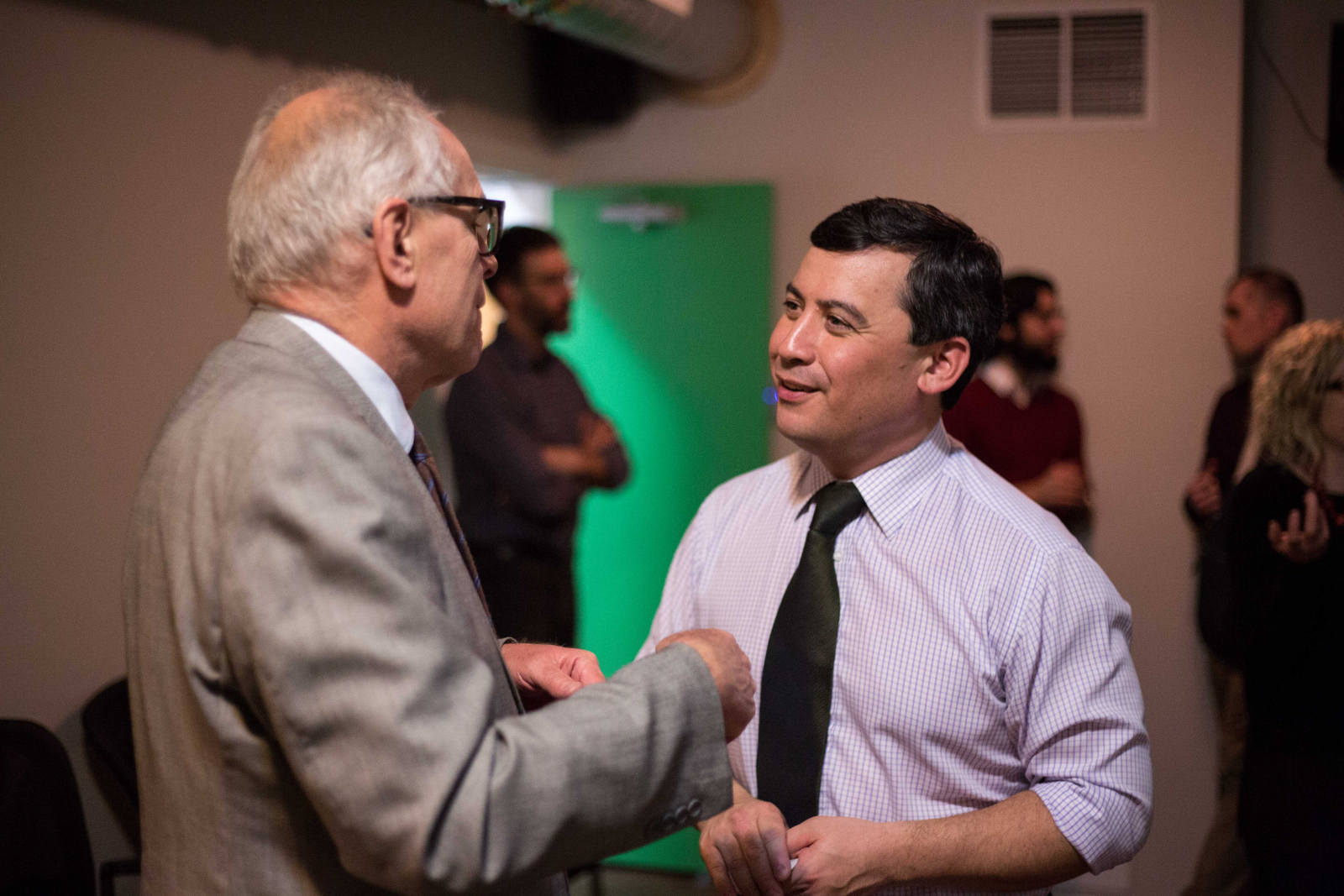 Conservative leadership candidate Michael Chong on the right, attends an event in Ottawa on Feb. 22, 2017. Photo by Alex Tétreault
Previous story
Next story

With time running out before the federal Conservative leadership race on Saturday, some new Tories say they won’t be able to vote because their mail-in ballots arrived too late or not at all.

“This doesn’t seem particularly democratic,” said Leslie Garrett, a journalist and author in London, Ont. who joined the party just before the March 28 deadline to vote in the leadership race.

National Observer contacted each major leadership candidate’s campaign, and reached out to individual voters who posted online about missing ballots. Just two campaigns said they had heard from supporters who had problems with ballots: Michael Chong and Brad Trost.

A spokesman for Chong’s campaign said the campaign has heard from some supporters who haven’t received ballots, but wasn't sure how many or if the missing ballots would have any impact on the final vote count.

“We have sold tens of thousands of memberships and we have had a few dozen people contacting us for help getting their ballots,” Trost campaign spokesman Mike Patton said in an email. He said the campaign couldn’t say what may have caused the delay.

Garrett said she would have likely made Chong her first pick on the party’s ranked ballot. Her ballot finally arrived on Thursday, too late to mail back in time for the Friday deadline.

Many Conservative Party members voted by filling out a mail-in ballot, which must be received by the party by 5 p.m. on Friday, May 26. Members can also vote in person on Saturday May 27 at polling stations, but there are only 14 across the country, with just one in Alberta and eight in Ontario.

About 150,000 new members joined the Conservative Party between January and March 28, the deadline for voting eligibility. The party says 259,010 members are eligible to vote in the leadership election.

@CPC_HQ what are you going to do about the fact that tons of members never got a ballot?

Before her ballot arrived, Garrett said she called the party several times to find out what was happening. She said a party representative told her that other would-be voters had called with the same problem, and that she could return the ballot by overnight courier if it arrived in time, or vote in person on Saturday in Brantford, Ont..

That’s about an hour’s drive from her home in London, something not everyone can afford, she said. “It takes people out of the voting who can't afford the courier fees, or can't drive an hour or two hours or don't have access to transportation."

Another new Conservative Party member, Staci Barron in Elora, Ont., said in an interview on Friday that she was still waiting for her ballot. Like Garrett, Barron said she had joined just before the March 28 cutoff, and also hoped to vote for Chong.

“Why are people not getting their ballots? I get all of my other mail, unfortunately. My bills seem to get to me,” she said.

A representative for Chong’s campaign told her on Friday that she would be able to vote in person at a polling station in Rockwood, Ont. The campaign representative also said that another Chong supporter in nearby Orangeville, Ont. was still waiting for a ballot.

Shehryar Khan, a Chong supporter in central Toronto, told National Observer that he had emailed the party three times about his ballot, which still hadn’t arrived as of Friday afternoon. He said the party never replied to his emails.

A spokesman for front-runner Maxime Bernier’s campaign said he wasn’t aware of any supporters who hadn’t received ballots, and a representative of Lisa Raitt’s campaign said that “any ballot issues have been swiftly dealt with by forwarding inquiring members to the party hotline.”

Wanted to cast a strategic vote

Accusations of vote-buying surfaced in the leadership race in March, including allegations that former candidate Kevin O’Leary’s campaign offered to buy memberships for some members in Brampton, Ont. A Trost supporter also told the Toronto Star in May that he had offered a free oil change to anyone who signed up three new members for Trost's campaign.

The party invalidated 1,351 memberships after an internal audit discovered that they had been bought anonymously through two IP addresses. The party said at the time that it was impossible to say who was responsible.

Garrett said she was disappointed she wouldn’t be able to vote: “After what happened in the U.S., I vowed that I would get more involved and not just show up on election day.”

She said she didn’t think she was likely to vote Conservative in the next federal election, but had wanted to make a strategic vote to shut out Kellie Leitch and former candidate Kevin O’Leary, in the hopes of picking a Tory leadership candidate she could “at least stomach” if the party forms the next government.