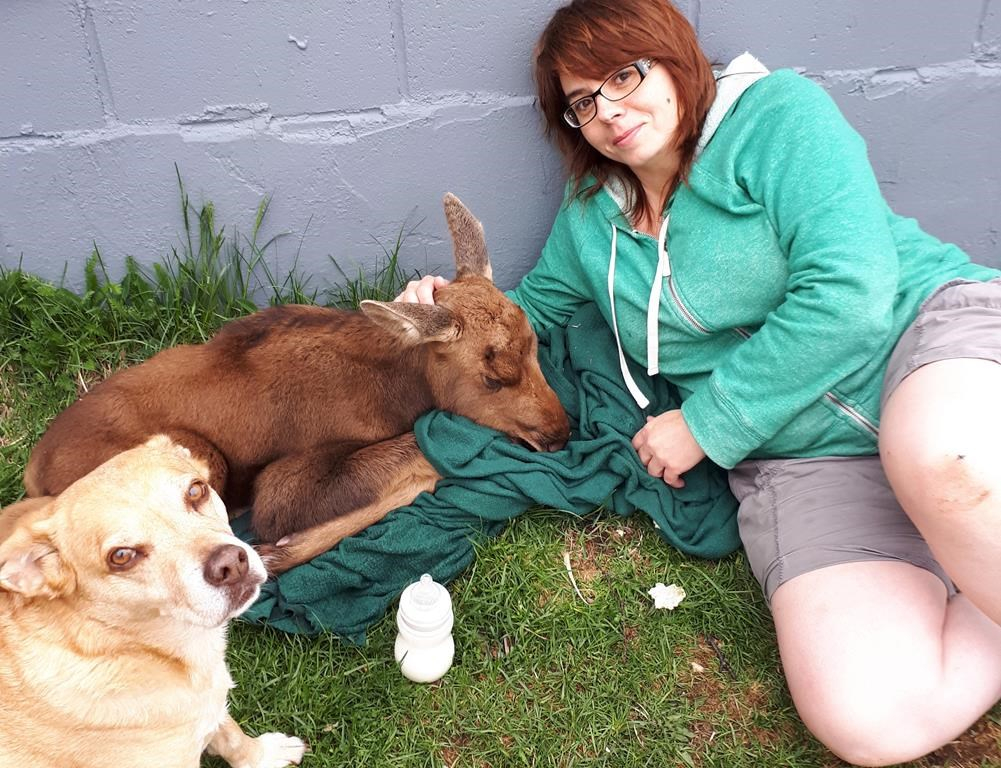 Brandi Calder is shown sitting next to a baby moose in this undated handout image from Newfoundland. Handout photo by The Canadian Press
Previous story
Next story

A Newfoundland woman who bottle-fed a baby moose after it got lost in the woods without its mother is reeling after the local SPCA put the animal down.

Brandi Calder says her husband was building a cabin in the woods near Glenwood when he heard a strange crying noise and discovered the three-day-old calf on its own with no sign of its mother.

She says the baby moose still had its umbilical cord attached and almost drowned twice trying to cross a fast-moving brook.

After waiting several hours for the mother to return, her husband decided after nightfall to bring the small gangly animal home rather than leave it alone overnight in an area abounding with coyotes.

Calder and her husband took turns feeding the little moose a bottle of goat's milk mixed with baby cereal throughout the night and called the Gander and Area SPCA in the morning.

But she says the SPCA, which didn't respond to a request for comment, euthanized the animal within two hours after discovering the Salmonier Nature Park couldn't take the calf and a veterinarian found it was dehydrated and had diarrhea.

This is one of many reports

This is one of many reports of moose calves that have been left to die in agony or killed by government or non-profit groups in the last few weeks. Populations are being decimated by hunting of every age group from pregnant females to infants to adults, poaching, roads, habitat destruction, removing the biggest and strongest from the gene pool every year has weakened generation after generation. This isn't 1890 and nature cannot support the huge population of humans hunting, regardless of historic entitlement.