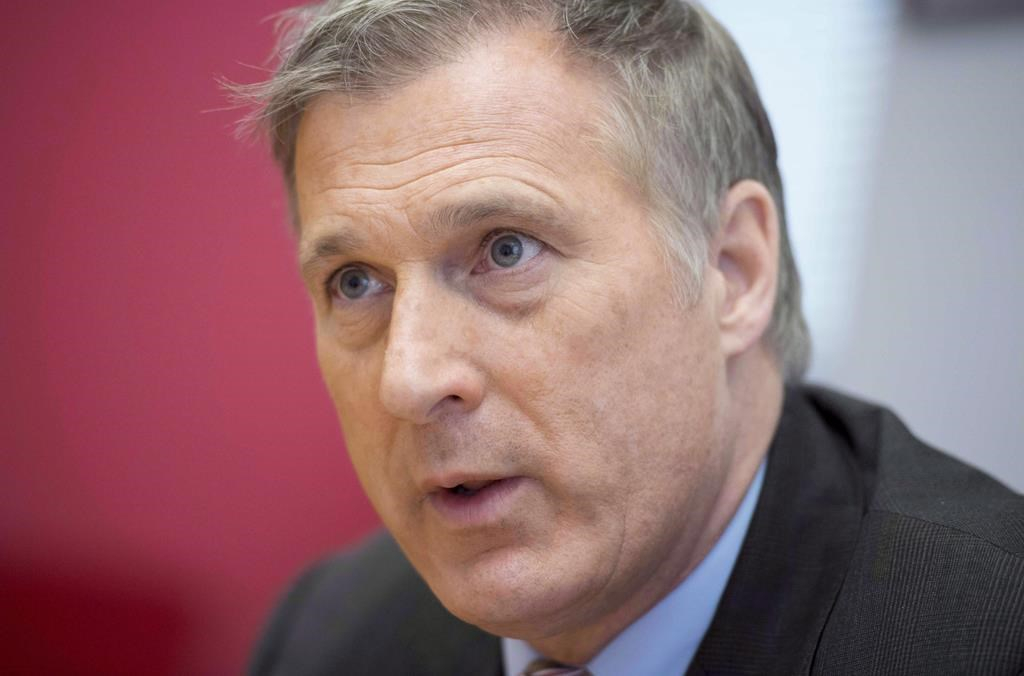 Conservative Party leadership candidate Maxime Bernier participates in an interview with the Canadian Press in Ottawa on Tuesday, May 16, 2017. File photo by The Canadian Press/Justin Tang
Previous story
Next story

In Beauce, a region of rolling hills, entrepreneurs and pick-up trucks south of Quebec City, locals say they vote for the candidate, not the political party.

Since 2006, the various towns along the Chaudiere River have been represented federally by Maxime Bernier, considered in some circles to be the front-runner to become the next Conservative leader when voting results are announced Saturday.

In Bernier's hometown of Saint-Georges, a city of 30,000 and Beauce's metropolis and entrepreneurial heartland, businessman and art lover Marcel Drouin said locals like "Maxime" more than they do the Tories.

"It's the horse, not the cart," he said. "The region is not necessarily Conservative. Tomorrow if a horse comes as good as Maxime and he is a Liberal we'll vote for that horse."

Locals might not be "big-C" Conservatives, but it's no surprise Bernier — and arguably the race's most libertarian — comes from this part of the country, which stretches from south of Quebec City down to the Maine border.

"Les Beaucerons" describe themselves as fiercely independent. They are quick to mention how they don't look to government for help and believe in entrepreneurship and solidarity.

"People here are used to not asking," said Drouin, project manager of a sculpture festival that is partnered with the International Organization of la Francophonie, which attracts artists from around the world.

"(Beaucerons) are very entrepreneurial; they are very creative," he said, adding the mission of the art festival is in part to inspire people to become better entrepreneurs.

Roy, who went to school with Bernier, had good things to say about the candidate despite the fact one of his campaign promises is to "abolish the maple syrup cartel."

All maple syrup production in Quebec is subject to a quota system controlled by a federation of producers that also sets the price.

Roy likes the current system because it guarantees him a price for his product — but he also likes Bernier.

"Aside from his defaults, when he says something, he does what he says — most politicians don't," Roy said.

Bernier campaigned on a series of promises outside the political mainstream including abolishing the capital gains tax and ending federal involvement in health care by transferring tax points to the provinces.

He also campaigned on abolishing the country's supply management system, which sets prices and protects dairy, egg and poultry farmers from foreign competition.

Despite being filled with farmers, Beauce doesn't have enough of them to make a significant political impact, Roy said.

"The farm vote is small, comparatively," he said. "How many more people would benefit from lower prices for milk?" he asked rhetorically.

Back in Saint-Georges, Jean-Francois Lambert is tending the cash at his daughter's grocery store, which is next door to a trendy restaurant she also owns.

Lambert says he "most certainly" agrees people around the region vote for the candidate, not the party — but he's not voting Bernier.

"I don't even think he has what it takes to be a minister; he's more of an opportunist," Lambert said, standing in front of a wall stocked with artisanal beers from across the province.

He admitted, however, that Bernier "is heavily involved in the community. His family is honest and they work hard for their riding."

Bernier's father, Gilles, won the riding for the Progressive Conservatives in the 1984 and 1988 elections and once again as an Independent in 1993.

"We're particular here," he said. "We were always forgotten. We always had to roll up our sleeves and work together. We never relied on government."

Not far down the street is Kelly Veilleux, a 26-year-old owner of a clothing store stocked with products made mostly from Quebec.

She started her business three years ago and invited Bernier to attend the opening.

"He did," she said. "For him, I think it's important to show up when businesses open."

She said she'll likely vote Bernier for prime minister if he wins the party leadership.

Veilleux said she is proud to be a business owner.

"It brings you freedom," she said. "I always wanted something. You have to be tenacious."

Bernier is up against 12 other candidates vying to replace Stephen Harper.

Party members are choosing their new leader based on a ranked ballot system, with the results to be announced in Toronto.