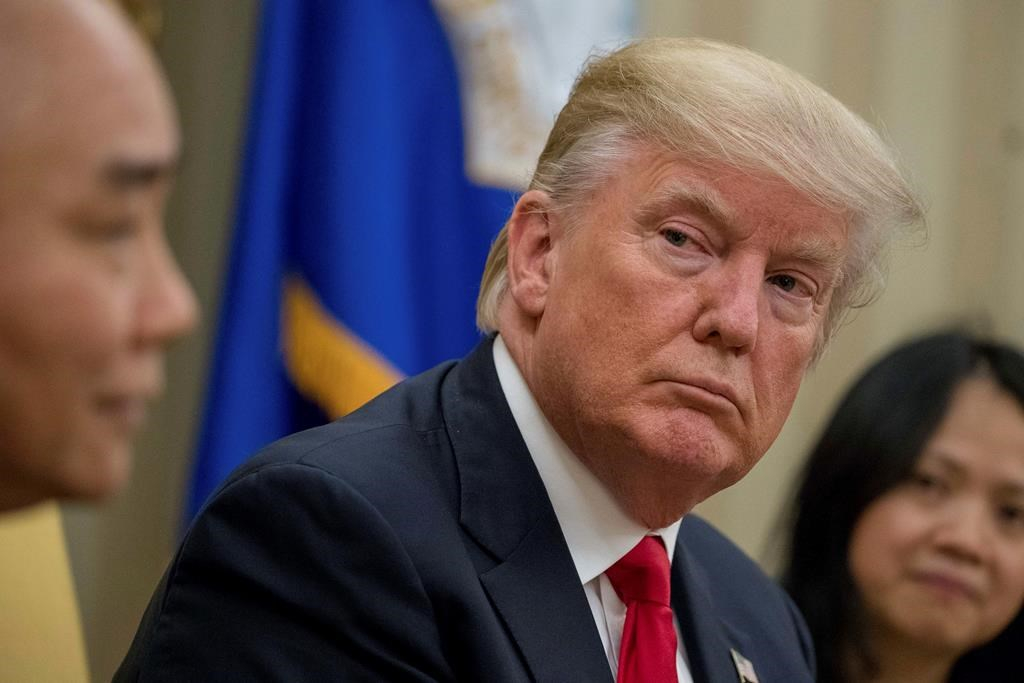 Loto-Quebec invited gamblers on May 31 to start placing their bets on the outcome of the Trump presidency. File photo by the Associated Press
Previous story

Bets on the outcome of a Donald Trump presidency are officially open.

On Wednesday, Loto-Quebec invited players on its Mise-o-jeu platform to wager on the following question: "Will Donald Trump still be president of the United States after May 1, 2018?"

According to its current odds, the provincial Crown corporation seems to believe it's likely he'll still be in office — about three and a half times more likely.

Bettors who put $1 on Trump's departure would receive $3.65, compared to only $1.10 for those who wager he will stay.

These odds, however, can vary over time, depending on news events and other changes.

Betting will be open until Oct. 1.

"It is a careful calculation that ultimately allows us to demonstrate whether there is a greater chance that the yes or the no will prevail," he said.

It's the latest foray into political betting for the Quebec Crown corporation, which also took wagers on the outcome of last year's U.S. presidential election.

That one set a Loto-Quebec record as "our most popular non-sporting bet of all time," Lavoie said.