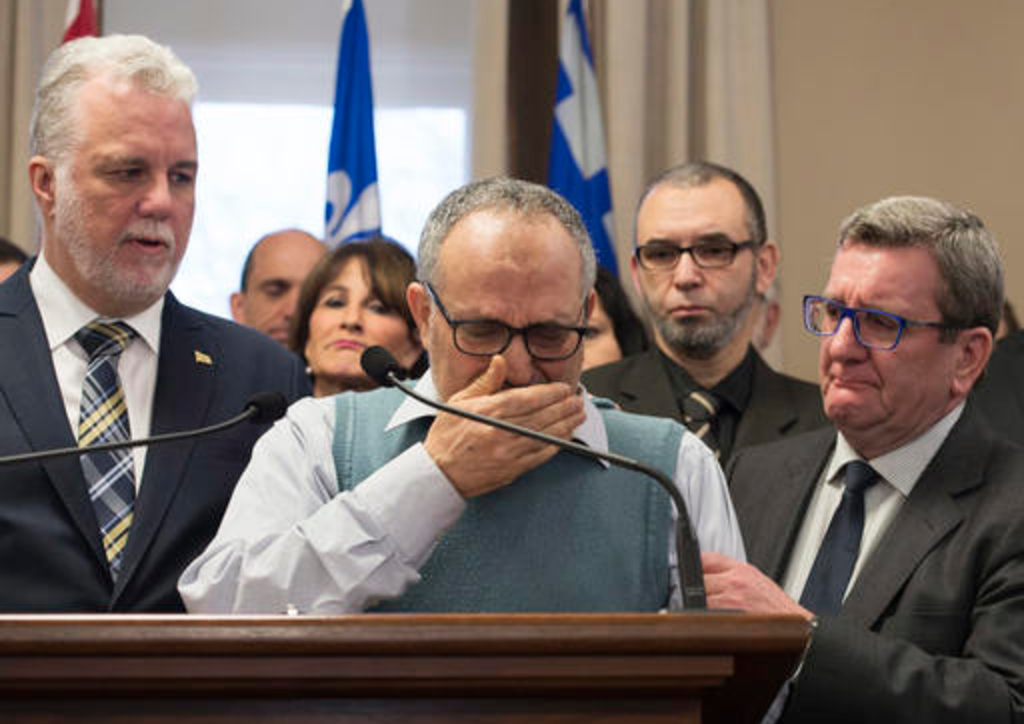 Mohamed Labidi, vide-president of the Islamic Cultural Centre of Quebec, tears up next to Quebec Premier Philippe Couillard after a deadly attack on a Quebec mosque on Jan. 29, 2017. Photo by The Canadian Press
Previous story
Next story

In its most recent rebuke to U.S. President Donald Trump, the majority of the 4th Circuit Court of Appeals held last week that Trump’s second executive order on immigration “speaks with vague words of national security, but in context drips with religious intolerance, animus, and discrimination."

Trump’s second executive order barring entry to the United States for nationals of several Muslim-majority countries seems destined for the country's Supreme Court. The revised order introduced a temporary suspension on people from Iran, Libya, Somalia, Sudan, Syria, and Yemen from entering the U.S. for 90 days and all refugees for 120 days.

I and many other Muslims have always viewed Trump’s actions as a ban on Muslims, like the #MuslimBan hashtag that has trended on Twitter.

Reading the court’s ruling to uphold a block on the order, I could not help but wonder exactly how much intolerance must exist in Trump’s words for it to drip upon and stain the body politic of the United States. Both inside and outside the U.S., the constant drip must surely be aimed at portraying Muslims as being less worthy of basic human consideration and security.

Last weekend in Portland, Ore. two men were stabbed to death as they intervened against a man identified as a “known white supremacist” who was “ranting and raving” against two women, one of them reported to be wearing a hijab.

I would argue such criminal behaviour is a part of the constant drip of animus that Trump and his supporters have emboldened in the U.S. and in Canada.

A spike in hate crimes against Muslims in Canada was reported after Trump's election. The carnage at the Quebec City mosque in January remains fresh in the memories of many. Other Islamophobic acts continue across Canada, as fear and xenophobia increasingly reveal themselves.

During the recently concluded Conservative Party leadership race, values testing for prospective immigrants — a policy championed by Kellie Leitch — was the dog whistle that was heard by many who view Islam as foreign, violent and misogynistic. Andrew Scheer, the newly elected leader, has been quoted in the media as favouring the defence of core Canadian values, whatever those may be.

During this month of Ramadan, as many Muslims fast and seek peace in all its forms, all Canadians should seriously consider if that sound they hear is the drip of religious intolerance growing louder in Canada.