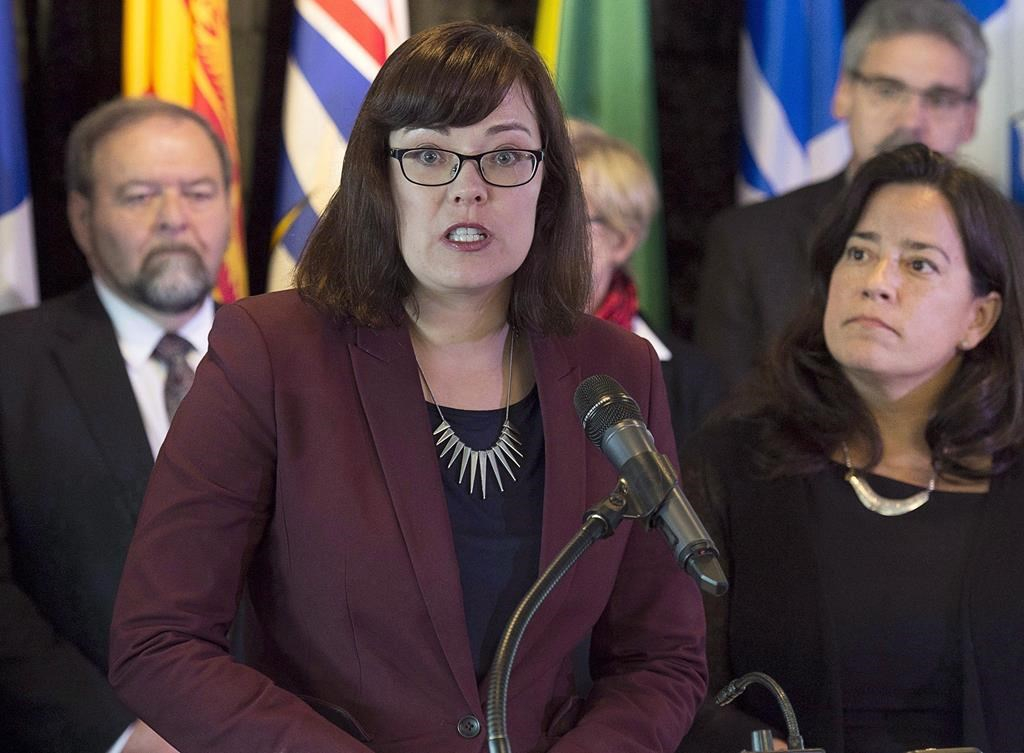 Alberta Justice Minister Kathleen Ganley has launched an independent investigation into "shocking" treatment of a victim of a vicious sexual assault. File photo by The Canadian Press
Previous story
Next story

Alberta Justice Minister Kathleen Ganley has launched an independent investigation into what she calls the failure of the provincial justice system at every level in the way it treated the victim of a vicious sexual assault.

The announcement follows a CBC report on a 28-year-old indigenous woman from central Alberta who was forced to spend five nights in the Edmonton Remand Centre during her testimony at a 2015 preliminary hearing for the man who attacked her.

The report says the woman had trouble focusing and answering questions, so the judge agreed with a Crown prosecutor's request to have her spend the weekend in the centre out of concern for her physical and mental state.

She was forced to testify about the June 2014 assault in Edmonton while she was shackled and handcuffed, and on at least two occasions she had to travel in the same prisoner van as her attacker.

The woman, whose name is protected under a publication ban, was killed in an unrelated shooting seven months after her testimony.

Ganley has hired Manitoba criminal lawyer Roberta Campbell to investigate what happened and she's also set up a committee to review the case and recommend policies to ensure such treatment never happens again.

"When I was made aware of this situation, I was shocked, angry and heartbroken," said Ganley in a written statement released Monday. "In my opinion, there were obvious mistakes and poor decisions made in this case. The way she was treated in the system is absolutely unacceptable."

Ganley said she has already apologized to the victim's mother for the way her daughter was treated. A representative from provincial victim services will be working to ensure appropriate resources are available to the family.

Ganley also said any prosecutor who decides to use a section of the Criminal Code that allows for witnesses to be held in custody for refusing to testify must have the decision approved by the chief Crown prosecutor.

Lance Blanchard, the man who attacked the woman, was found guilty last December of aggravated assault, kidnapping, unlawful confinement, aggravated sexual assault, possession of a weapon and threatening to cause death or bodily harm.

The CBC report said the Crown is seeking to have him declared a dangerous offender.