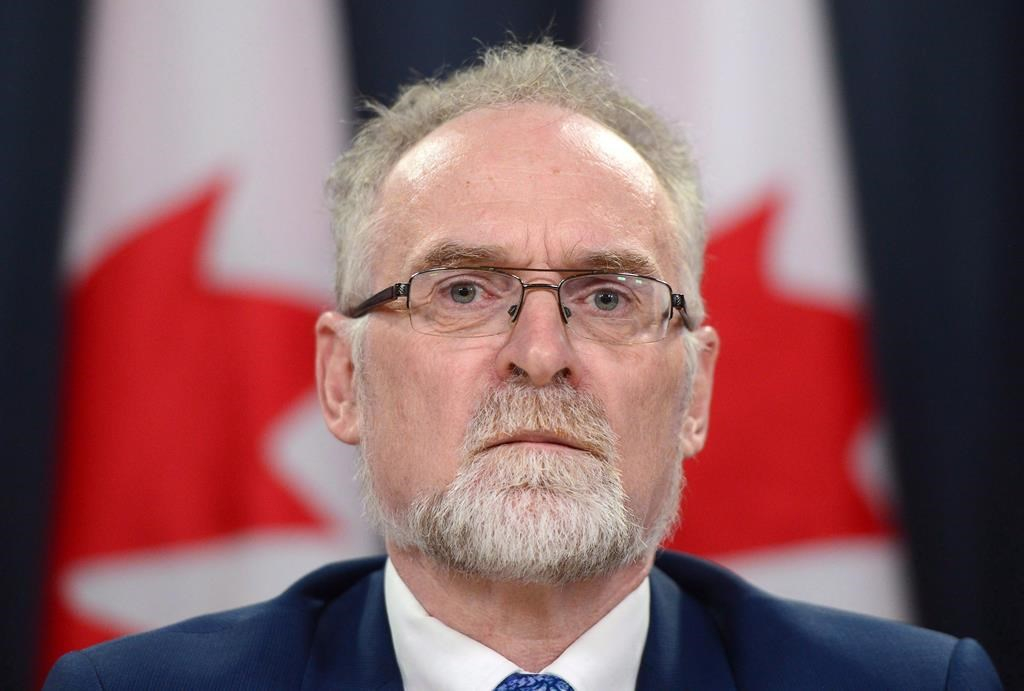 Auditor General Michael Ferguson speaks during a press conference at the National Press Theatre in Ottawa on Tuesday, May 16, 2017. File photo by The Canadian Press/Sean Kilpatrick
Previous story

Nearly half the Canadians who seek to have decisions denying them access to Canada Pension Plan disability benefits are successfully appealing the rulings — a statistic that is giving experts cause for concern.

The figures illustrate what has happened in the year since Canada's auditor general excoriated the government for its handling of CPP disability appeals, which provides stipends to Canadians who are unable to work due to disability.

Michael Ferguson's February 2016 report on the $4-billion disability benefits system found that some one-third of applicants who were originally denied benefits were later found to be eligible, based on the initial evidence.

Two-thirds of those who took their appeal to the social security tribunal ended up winning, raising questions about why they were denied in the first place.

Figures provided to The Canadian Press show that in the last fiscal year, which closed at the end of March, 44.5 per cent of appeals were upheld when federal officials took a second look at the files — an increase from the figures identified in Ferguson's report, which examined a longer period of time.

Among those that took their case to the tribunal, about 45 per cent ended up being successful between April 2016 and March 2017, based on data provided by Employment and Social Development Canada.

Experts involved in the system say the data suggest there is an adjudication issue within the department that the federal government needs to address.

"That tells me the adjudication process is seriously flawed," said Allison Schmidt, a Regina-based pension disability case manager and a vocal critic of the system.

Schmidt said she has seen a number of cases where medical adjudicators — those responsible for deciding whether someone is eligible for the benefit — make decisions without all the information, simply to meet deadlines.

The department said there could be a number of reasons for the high rate of appeal, including extra information that wasn't available when the initial decision was made, or changes to a person's medical situation.

"The key priority is to ensure that the most appropriate decision is made," the department said in a statement.

The concern that Schmidt and others now have is the pace at which change is going to come to the department. ESDC promised in the wake of Ferguson's report to create a quality assurance framework to ensure officials are making decisions based on the same criteria.

An overturn rate of between 10 and 20 per cent would be understandable, Schmidt said.

The department said it is piloting new tools this year to ensure there is consistency nationally in how applications are assessed. The tools will then be rolled out nationwide next year, but won't be fully implemented until 2019 at the latest.

Changes to the paper application itself, which Ferguson said was overly complicated and lengthy, will be tested later this year. A web-based application won't be online until September 2019.

The department has also made other changes aimed at more quickly making decisions on applicants with terminal illnesses to ensure their files are handled within five days of arrivals, and 30 days for those with grave medical conditions.

Connecting the dots on the human health impacts of coal power