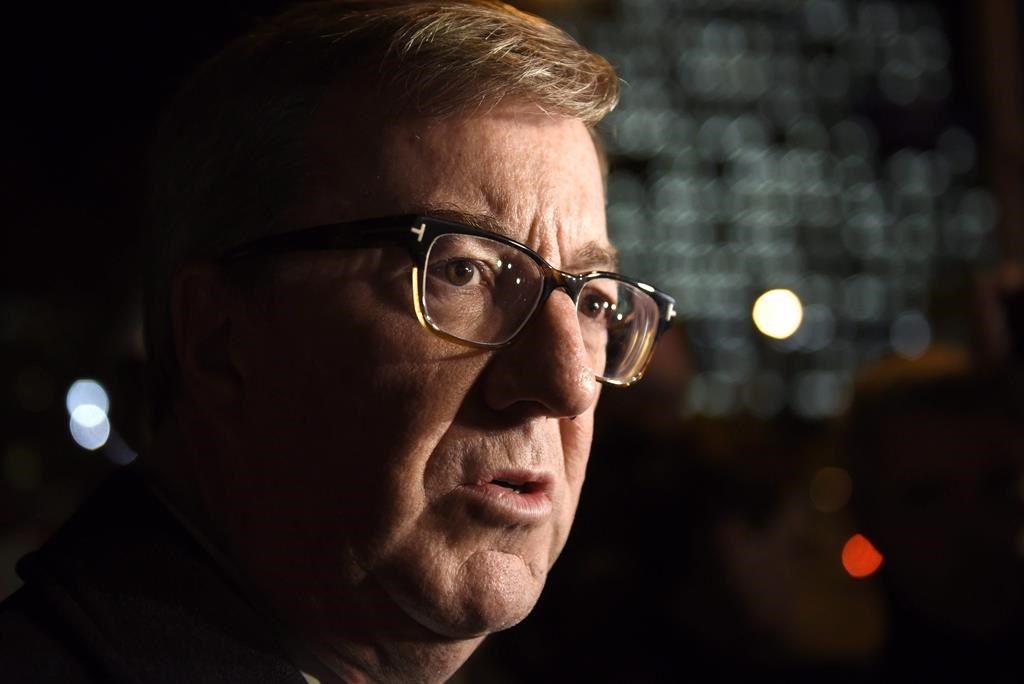 Canada's capital will do everything it can to prevent an attack when it hosts the country's 150th birthday next month but no amount of preparation can guarantee 100 per cent safety, Ottawa's mayor says.

"When you see a tragedy that took place in London and on London Bridge and in Manchester, you think could that happen here and sadly, the answer is yes," Mayor Jim Watson said Sunday, the day after the latest attack in Britain, on London Bridge, that left seven dead and scores injured.

Prime Minister Justin Trudeau said a Canadian was one of those killed. Family members identified her as Christine Archibald, originally from British Columbia.

With Ottawa preparing to host one of the largest Canada Day celebrations, Watson said there will be an extra security measures and a noticeable police presence on July 1, but that's no guarantee.

"There's no 100 per cent solution to terrorism." Watson said after taking part in a tree-planting ceremony at his city hall. "It's always a wake-up call for us in roles of leadership that we have to vigilant in the world we live in.

"A simple knife and a motor vehicle can be the new weapon of choice for a terrorist or for someone who wants to cause harm to people in a community."

Watson described the extra precautions Ottawa took for its most recent outdoor New Year's Eve celebrations in response to December's truck attack on a Berlin Christmas market. A truck driven by a man who claimed affiliation with the Islamic State group rammed the market killing 12 people and leaving dozens dead.

Ottawa placed front-end loaders and dump trucks at key cross streets to protect a long human chain of hundreds of school children carrying torches to mark the start of 2017 and the Canada 150 festivities, said Watson.

He said trucks were specifically brought in to ensure those children "were not going to be harmed or run over."

Watson said similar precautions will be taken for the upcoming Canada Day celebration, which usually sees hundreds of thousands filling Ottawa's streets each July 1, but will likely be larger this year.

Liberal MP David McGuinty, who is to chair a new, top-level national security committee, said the federal government is consulting with communities across Canada on their Canada Day security requirements.

Municipal leaders across Canada observed a moment of silence Sunday in honour of those killed in London at the closing session of a meeting of the Federation of Canadian Municipalities in Ottawa.

The organization's outgoing president Clark Somerville told the gathering in his final speech that for "every deranged individual" who takes a life, there are many more who represent the best of humanity.

"This is what our cities and communities are made of. We're strong, resilient and unbreakable."

Municipal politicians across Canada and across the world express solidarity with Londoners, and their embattled Mayor Sadiq Khan, who found himself the recipient of a Twitter attack from U.S. President Donald Trump.

"At least 7 dead and 48 wounded in terror attack and Mayor of London says there is 'no reason to be alarmed!'" Trump said in one of several Tweets that criticized Khan.

Khan's spokesman responded with a statement that said: "He has more important things to do than respond to Donald Trump's ill-informed tweet that deliberately takes out of context his remarks urging Londoners not to be alarmed when they saw more police — including armed officers — on the streets."

Some of Canada's mayors took to Twitter to express their support for Londoners following the attack, including for Khan.

Condolences pour in for Canadian victim of London terror attack