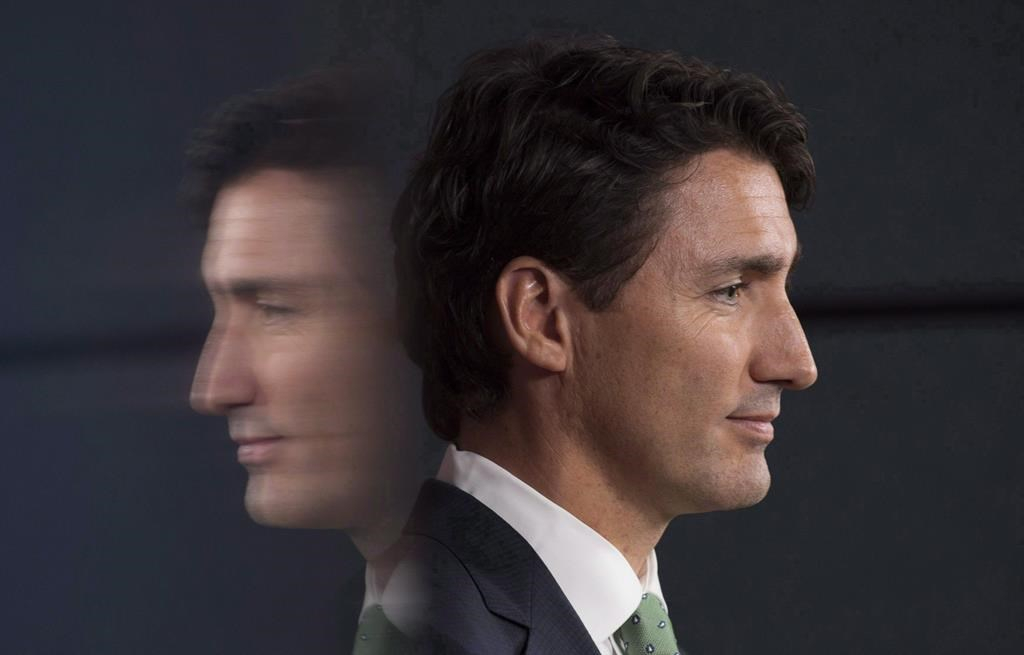 Canada has insisted it is sticking with the Paris climate accord, but it will need to be much more aggressive on climate action in order to actually achieve its goal, says a Vancouver-based watchdog group.

“The unfortunate truth is that Canada is behind,” said Charley Beresford, executive director of the Columbia Institute, as she revealed the results of a report card June 1 on Parliament Hill in Ottawa.

Last week, the United States, the world’s second-largest emitter of the greenhouse gases that contribute to dangerous global warming, pulled out of the Paris agreement meant to keep warming under 2 degrees Celsius, after which scientists say more destructive effects of climate change will occur.

The move provoked the ire of U.S. and Canadian mayors, and Prime Minister Justin Trudeau expressed his “disappointment,” as did Environment Minister Catherine McKenna.

But while Canada has now publicly reinforced its support for the Paris deal, actually achieving meaningful reductions in greenhouse gas emissions is another story

That’s because, even with the expected reductions coming from Trudeau government policies like nationwide carbon pricing, a federal submission to the United Nations this spring showed Canada will still miss its goal.

In order to bridge this gap, the institute is calling on Canada to, among other things, enshrine a much tougher greenhouse gas emissions reduction target in law.

“We need all the momentum that the federal government can bring forward,” said Beresford. “We have much more to do.”

She said it was important to move fast, because “we are already seeing impacts in Canada,” noting the significant flooding this spring, as well as forest fires and extreme storms. Scientists say extreme weather like floods are much likelier now because of climate change.

“Globally, climate change has cost lives and human suffering. We are seeing climate refugees, destabilization and political unrest in the face of drought and food shortages,” she said.

‎In a response to questions about the report card, McKenna's office said Canada's commitment reduce its greenhouse gas emissions 30 per cent below 2005 levels by 2030 was "ambitious but achievable."

"It represents a substantial reduction from Canada’s business-as-usual emissions," wrote spokeswoman Marie-Pascale Des Rosiers in an email. The plan was developed through working with provinces, territories and indigenous peoples, she noted.

"The federal government has begun implementing this plan with the proposed carbon-pricing framework, and regulations such as proposed methane emission reductions, and the phase-out of coal-fired electricity."

She noted Canada will play host to a ministerial meeting on September between China and the European Union on how to advance the Paris agreement, as well as host the Intergovernmental Panel on Climate Change in Montreal the same month.

The Columbia Institute’s Centre for Civic Governance, which looks at climate action at the local level, came up with a list last year of dozens of different federal, provincial and territorial policy recommendations designed for Canadian compliance with its Paris promise.

On Thursday, the institute released a report card on the progress of its recommendations. One finding was that while the federal government has made some headway in important areas to combat climate change and cut harmful carbon pollution, only 28 per cent of the institute's top recommendations have been implemented.

The accomplishments it noted so far include the federal government’s proposal, released in May, laying out how it plans to price carbon pollution nationwide.

If the proposed rules achieve the legal changes that are anticipated, then by 2018 each province and territory will be forced to have a system in place to price carbon, according to minimum federal standards. Legislation is expected this fall.

As well, the government got good marks for its development of a national transportation strategy, and commitments made in its 2016 and 2017 federal budgets to spend tens of billions of dollars on green infrastructure and on transit.

The institute also said it could see partial progress on another 22 per cent of its recommendations, including on creating better building codes that are net-zero carbon.

Beresford pointed out that every building on the planet needs to be net-zero carbon by 2050 in order to keep global warming below 2 degrees Celsius, according to a May 31 statement by the World Green Building Council.

The government’s climate change framework does commit it to developing increasingly strong building codes starting in 2020, and the 2017 budget allocated $87 million for this, she said. But while she called it a "very important initiative," it was "not yet done,” she said.

"Canada’s current targets are not science-based"

Chief among these is the institute’s call to adopt climate change legislation that includes much more stringent targets.

The institute wants to see a target based on an international scientific consensus that says industrialized countries need to cut emissions by 80 per cent from 1990 levels by 2050 in order to stabilize carbon dioxide in the atmosphere and prevent catastrophic global warming.

“Canada’s current targets are not science based. They will not meet the global test of the Paris agreement requirements,” said Beresford.

Andrea Reimer, Vancouver city councillor and chair of the city’s policy and strategic priorities committee, who was also an advisor on the report card, said legislated targets were an important way of prodding provincial and territorial governments to take more climate action.

“A nationally-legislated target means that suddenly each ministry has to look at how they’re incorporating that target into their plans, which isn’t currently happening,” said Reimer.

McKenna's office said Canada's inventory report was being "conservative" when it calculated emissions reduction, not taking into account 2017 budget measures, and other factors like "clean innovation initiatives" and "increases to stored carbon in our forests."

"These measures are, however, all moving forward, and will contribute greatly to Canada achieving its national emission reduction target."

The institute also cited a lack of progress in an initiative to allow Environment and Climate Change Canada to provide greenhouse gas emissions data to local governments.

British Columbians are able to see some of this data through the province’s Community Energy and Emissions Inventory, said Beresford, and “we would like to see that same availability across the country.”

The institute also wants to see communities better able to own their own local clean energy generation. An average community spends $3,000-$4,000 per capita each year on energy, said Beresford, with only a low percentage of that money staying in the community.

“Local government decisions impact over 50 per cent of Canada’s greenhouse gas emissions, and our cities here are home to at least 60 per cent of energy consumption,” said Beresford.

Cities in Canada will be hit on average with $5 billion a year in costs from extreme weather events by 2020, rising to a whopping $43 billion a year by 2050, according to Federation of Canadian Municipalities data.

Editor's note: This story was updated at 8:24 a.m. ET to include comments from McKenna's office.