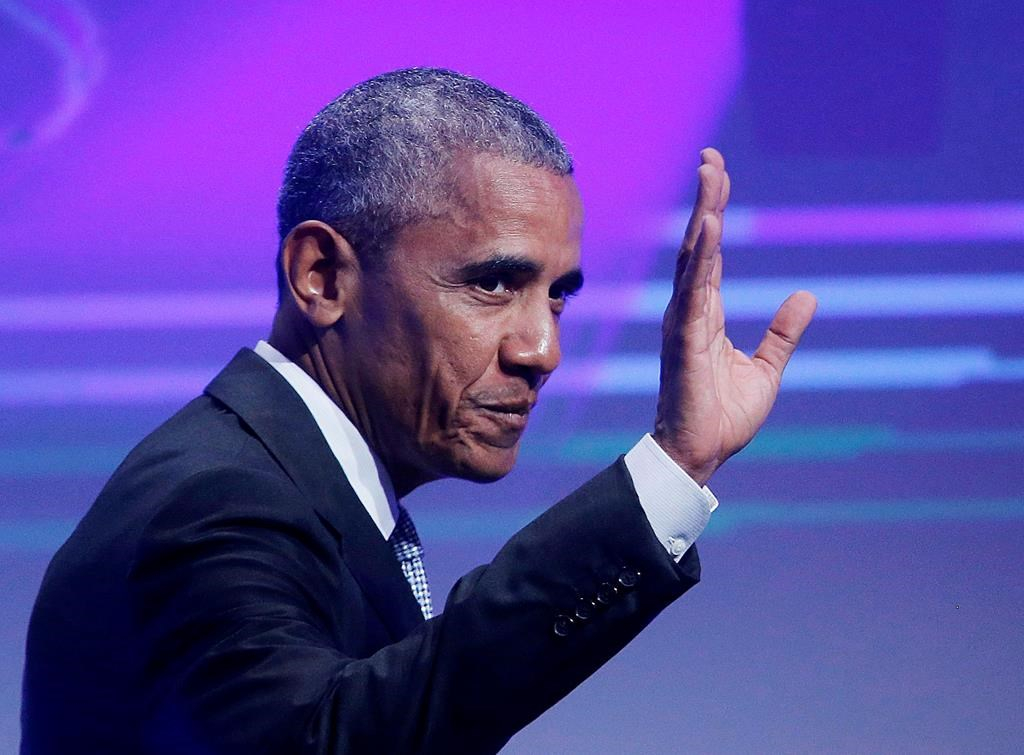 Former U.S. President Barack Obama waves before he is awarded the German Media Prize 2016 in Baden-Baden, Germany on May 25, 2017. File photo by the Associated Press/Michael Probst
Previous story
Next story

Former U.S. president Barack Obama will be in Montreal today to deliver a keynote speech to a sold-out audience at the city's convention centre.

It will be his first visit to Canada since he left the White House in January.

What Obama will talk about hasn't been revealed, but he's been given "carte blanche" by his hosts, the Montreal Board of Trade.

There were 6,000 tickets in all, and those destined for the general public sold out in less than 15 minutes. The cheapest went for $57, while the most expensive was $373.

People are being advised to show up two hours before the 5 p.m. speech. As of Monday afternoon, a few dozen tickets were still available through resellers who were asking between $180 and more than $1,000 apiece.

Obama briefly dropped out of sight after November's election but has re-emerged for a series of public appearances in recent weeks. He last visited Canada while on a state visit in June 2016.