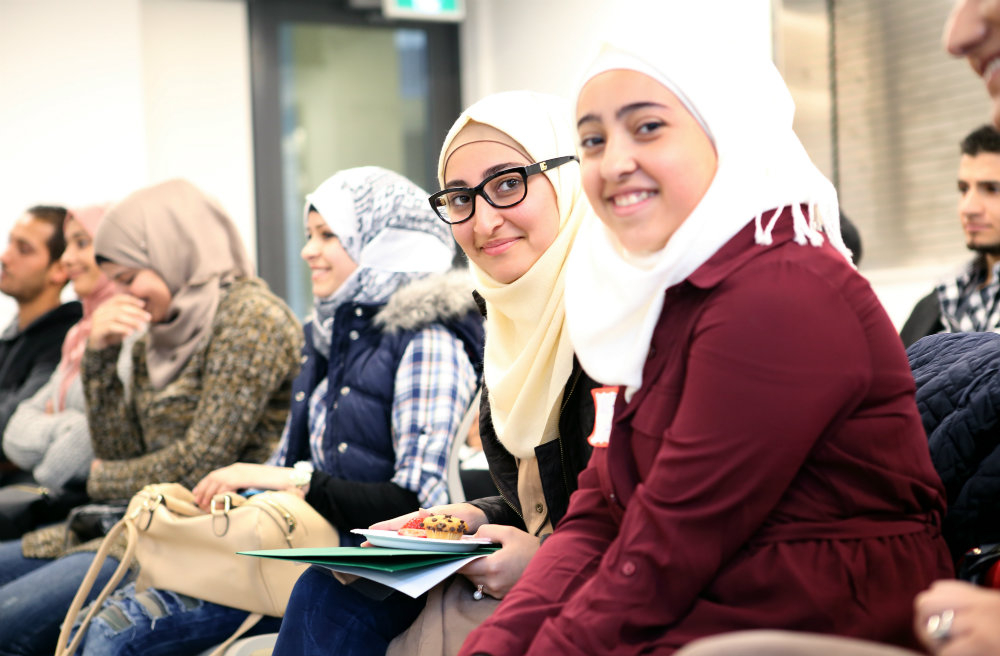 Refugees from Syria are still pouring into North America from various parts of Europe. Airbnb is trying to house them. File photo Tiffany Cooper
Previous story
Next story

Anyone who lives in the nearly 200 countries where Airbnb operates can list free space to those uprooted by war, persecution or natural disasters. The company says it is not making money from the new platform and relief organizations that have partnered with Airbnb will help match hosts to refugees.

The idea came from one host's request to open up her New York dwelling to some of those left homeless by Hurricane Sandy in 2012, said Airbnb co-founder Joe Gebbia. The company built a system to allow people to do that and within days more than 1,000 such listings appeared.

Since then, Airbnb has done the same dozens of times across 17 countries following emergencies, he said, eventually deciding to make the system a permanent fixture of the home-rental service.

"We realized that we could take this thing to a whole 'nother level simply by shifting from being reactive to being proactive," Gebbia said.

Gebbia expects many more people, including hosts not already using the site, will sign up.

Peter Leblanc, who has been renting out the garden suite of his New Westminster, B.C., home for just over a year, said he immediately knew he would offer the space to refugees when the company reached out looking for volunteers.

The Leblancs have tried to do something similar before, offering up the roughly 700 square foot apartment when the federal government started accepting more Syrian refugees and after the Alberta wildfires. However, they were unsuccessful both times as their space was too small for most Syrian families relocating to the West Coast and too far for those displaced by the fire.

While the added income from his Airbnb rentals is helpful in covering the mortgage, he said the house is also an asset that the family can use in a philanthropic manner for refugees if necessary.

"While there's a lot of things going on that they need to sort out as they're landing ... at least they've got a place to stay," Leblanc said.

Canada received nearly 24,000 refugee claims last year, up from just over 16,000 the year before, according to data from Immigration, Refugees and Citizenship Canada.

About 1,300 of those landed in Vancouver, said Andrew Kuipers, acting executive director of Kinbrace, a charity offering refugees housing and other support. The group is among Airbnb's partners for the new platform.

There are limited options for where newly arrived refugees can stay, Kuipers said, with many in shelters and some even spending a night or two on the streets.

"It's an invitation into a home rather than into a shelter," he said of the Airbnb initiative.

Airbnb typically gets a three per cent cut from host earnings, but Gebbia said it won't on the new platform.

There are 65.3 million forcibly displaced people around the world, according to the UN Refugee Agency. The agency projects that more than 1.19 million people will be in need of resettlement this year, up three per cent from last year's projection.

"The problem's not going away and we want to play the role that we can to put a dent in it," Gebbia said.