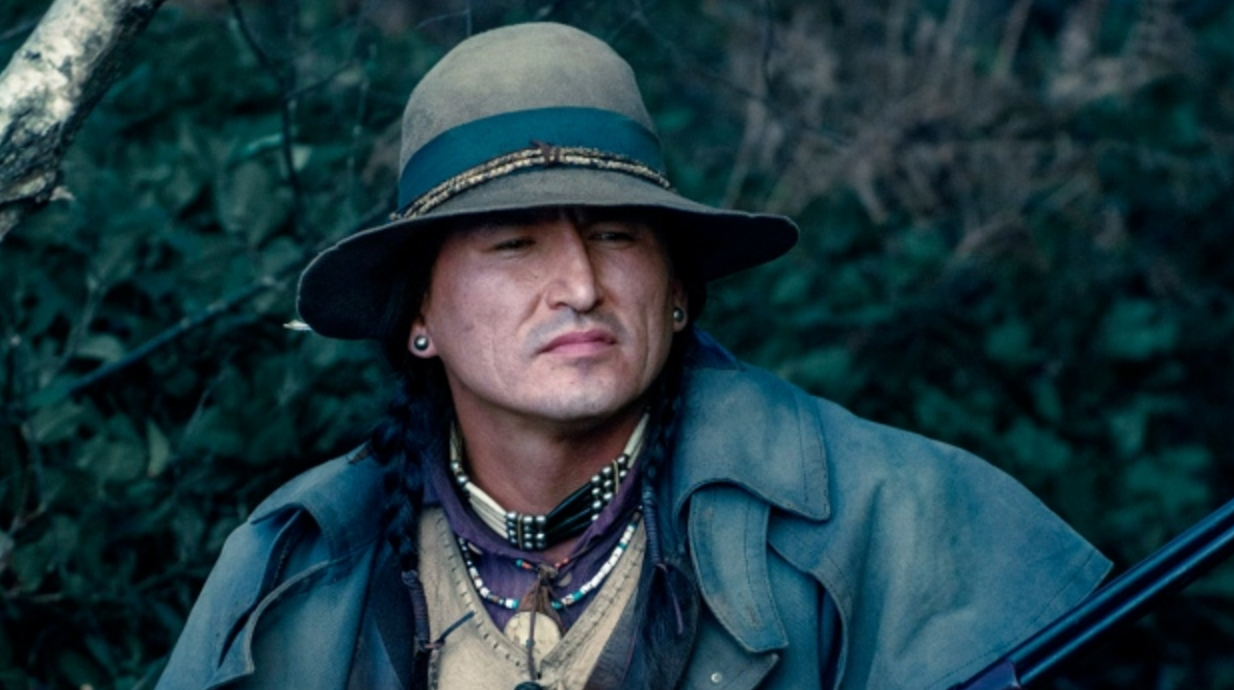 Eugene Brave Rock knew his role in "Wonder Woman" would elevate awareness of his indigenous culture, but he’s still startled by the sheer magnitude of the attention.

Since the box office smash hit theatres last week, the actor, who grew up in the Blood Tribe of southern Alberta, has been fielding auditions, interviews and meeting students on his reserve. Brave Rock doesn’t want a second of this rare momentum to go to waste.

"You don’t really know until you experience it — and it’s hitting me like a ton of bricks," the 39−year−old actor says. "It’s very overwhelming and at times it’s very emotional because my people are so proud. One of their own is in a blockbuster film — the biggest movie of the summer."

And it’s not just any small role either.

Brave Rock plays the Chief, a member of Wonder Woman’s band of merry men who support the superhero’s determined effort to save the world. He’s present throughout much of the film and introduces himself to Gal Gadot’s character by speaking in his native Blackfoot language.

It’s a moment the actor suggested to director Patty Jenkins himself and one that she warmly received — which isn’t necessarily common on a major film project.

He was first connected to the DC Comics production while working as a stunt performer on Leonardo DiCaprio’s Oscar−winning film "The Revenant." His agent couldn’t tell him much about the role, but urged him to re−route a vacation with his wife to Los Angeles.

It was going to knock two days off his holiday and Brave Rock wasn’t convinced spending $500 to get to Tinseltown for a secret audition would be worth the investment. He drove there anyway and walked onto the Warner Bros. lot feeling anxious.

Most of his previous work involved stunts, a skill he refined through a gig with Buffalo Bill’s Wild West Show at Disneyland Paris. His acting roles were mainly small parts in Canadian−filmed TV series like "Hell on Wheels" and "Heartland."

Producers on "Wonder Woman" threw him off the scent of the superhero flick by giving him dialogue from a Graham Greene film, in which an estranged father was trying to reconnect with his son.

"It was one of my worst auditions," Brave Rock remembers. "I was so nervous... I memorized my lines, but when I showed up in the studio I went blank."

The casting director urged him to read off the page anyway. When it was over, she told him he "nailed it." Unconvinced of his performance, he went on with his life, until a month later he learned he was cast in "Wonder Woman."

The role came with some apprehension on his part. Brave Rock says he wasn’t comfortable playing a stereotypical character and in his first meeting with Jenkins he made that clear.

"I’ve learned languages in other films where it was a non−native person — a linguist — telling me how to speak. Sometimes these languages were extinct and it was kind of awkward knowing that I was butchering the language," he says.

Jenkins was eager to let Brave Rock add his own voice to the character.

"The control she gave me was unprecedented," he says.

Many viewers probably won’t notice the brief moment of Blackfoot spoken in the film, but it’s a significant gesture for some in indigenous communities.

Brave Rock hopes it marks a sign of progress in the entertainment industry. While he says he’s proud to represent the Blood Tribe and other indigenous groups, he dreams of also getting roles where his background "isn’t a significant issue."

For now he’s just enjoying the influx of opportunities. Over the past few days he’s auditioned for three projects, while his agent has fielded other calls and offers.

Back in his hometown, the optimism "Wonder Woman" has inspired is hard to ignore, he says. Teenagers speak to Brave Rock about their own career aspirations, which reminds him of when he was a young man with his eyes on Hollywood.

"For me the circle has come full revolution," he says. "My aim is for them to believe in themselves, (and know) the world is bigger than the reservation. They need to go out there and live their dreams. Anything is possible, follow the example."