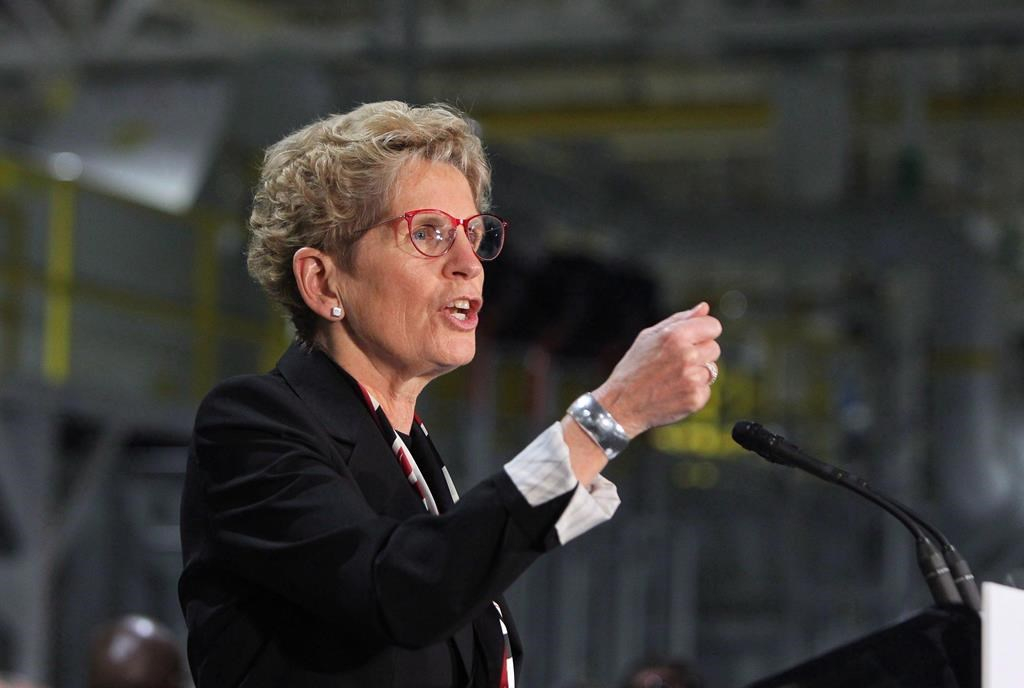 Canada's premiers have left a series of meetings in Washington expressing hope that the upcoming renegotiation of NAFTA will be quick and relatively pain-free, rather than a drawn-out bargaining slugfest.

Eight provincial and territorial leaders were in town for meetings this week with U.S. administration officials, lawmakers, and businesses as they gathered insights on the upcoming North American Free Trade Agreement talks.

Ontario's Kathleen Wynne said she came away encouraged. She said she heard a prevailing desire for a lighter touch, with upgrades aimed at modernizing the deal with provisions on newer industries like data services.

Some of those adjustments had already been worked out in the ill-fated Trans-Pacific Partnership, which included chapters on things like cloud computing and biologics medicines that weren't an issue in the 1993 NAFTA.

Now the U.S. says it wants to recycle some of those elements in NAFTA and other agreements.

"I would say that overall, the quicker, less comprehensive review is what people are looking at. I don't mean by that that there wouldn't be a lot of detail because there always is in these negotiations," Wynne said in an interview.

"But I think everyone I spoke to felt there was a way through this negotiation that would not overturn everything in the agreement... I think there's a hope that we can move through this pretty efficiently, improve what's there, add what's missing."

The U.S. strategy will become clearer when it publishes its negotiating priorities this summer. A preliminary document is due in mid-July, and the three North American countries are expected to start negotiating in late August.

Manitoba's premier said the U.S. has a choice to make.

''If this is about (simple) tweaking, that can be something we hopefully can do in short order,'' Brian Pallister said.

''But if this is about fundamentally entering into another agreement that departs from the concept of win-win then we've got a longer negotiation on our plates. And I don't think we should minimize the reality, the importance of this."

He said that what he heard in about a dozen meetings this week with U.S. lawmakers, with only one exception, was an attitude similar to his — that NAFTA can be modernized in a way that benefits all countries.

But the messages are still a bit mixed, said his New Brunswick colleague Brian Gallant, citing talk of "quick and comprehensive" negotiations: "I think you can do both, but I don't think that's likely."

If forced to pick between extensive negotiations or the status quo, he said he favours the latter: "I would pick nothing at all (in terms of changes)."

A top Canadian trade expert in Washington is skeptical about a quick and easy deal.

That's because there are too many business constituencies involved, not to mention political processes, and everyone will want their priorities reflected in the deal, said Laura Dawson, who hosted the premiers at an event Thursday at the Wilson Center.

The deal would need to satisfy enough people to pass a vote in the U.S. Congress.

"I see a lot of optimism for (simply doing a) modernization. But modernization is very subjective — every country, every sector has a different understanding of what modernization might look like," Dawson said in an interview.

"I just see no way to get out of these negotiations by the end of the year.... My prediction is that negotiations will start, and will stay behind closed doors for many months possibly until after the Mexican election."

That means talks would then likely drag into 2019, she said.

Mexico's elections start over the winter, the next president gets elected in July 2018, and following that there's a five-month lame-duck period as the new Mexican president prepares to be sworn in and the U.S. prepares its congressional elections.

Presidential politics was the proverbial elephant in the room all week.

The premiers' meetings happened with the U.S. capital transfixed by political scandal. People crammed the city's bars Thursday to watch former FBI director James Comey testify about his interactions with the president who fired him.

Wynne said it's everyone's job to remain focused, not be distracted, and proceed under the assumption that NAFTA negotiations will happen, and that they will happen under President Donald Trump.

''It does introduce an element of unpredictability into the situation... But it doesn't change our job.... We have to carry on as if this is going to be a straightforward process, and make it as straightforward a process as possible."

Some premiers didn't make the Washington trip: Quebec's Philippe Couillard was tied up with legislative work back home, and British Columbia's post-election power-struggle resulted in it having no premier there either.

Can the TPP, reviled by Donald Trump, still offer a quick fix for NAFTA?