Freeland wise not to poke America in the eye 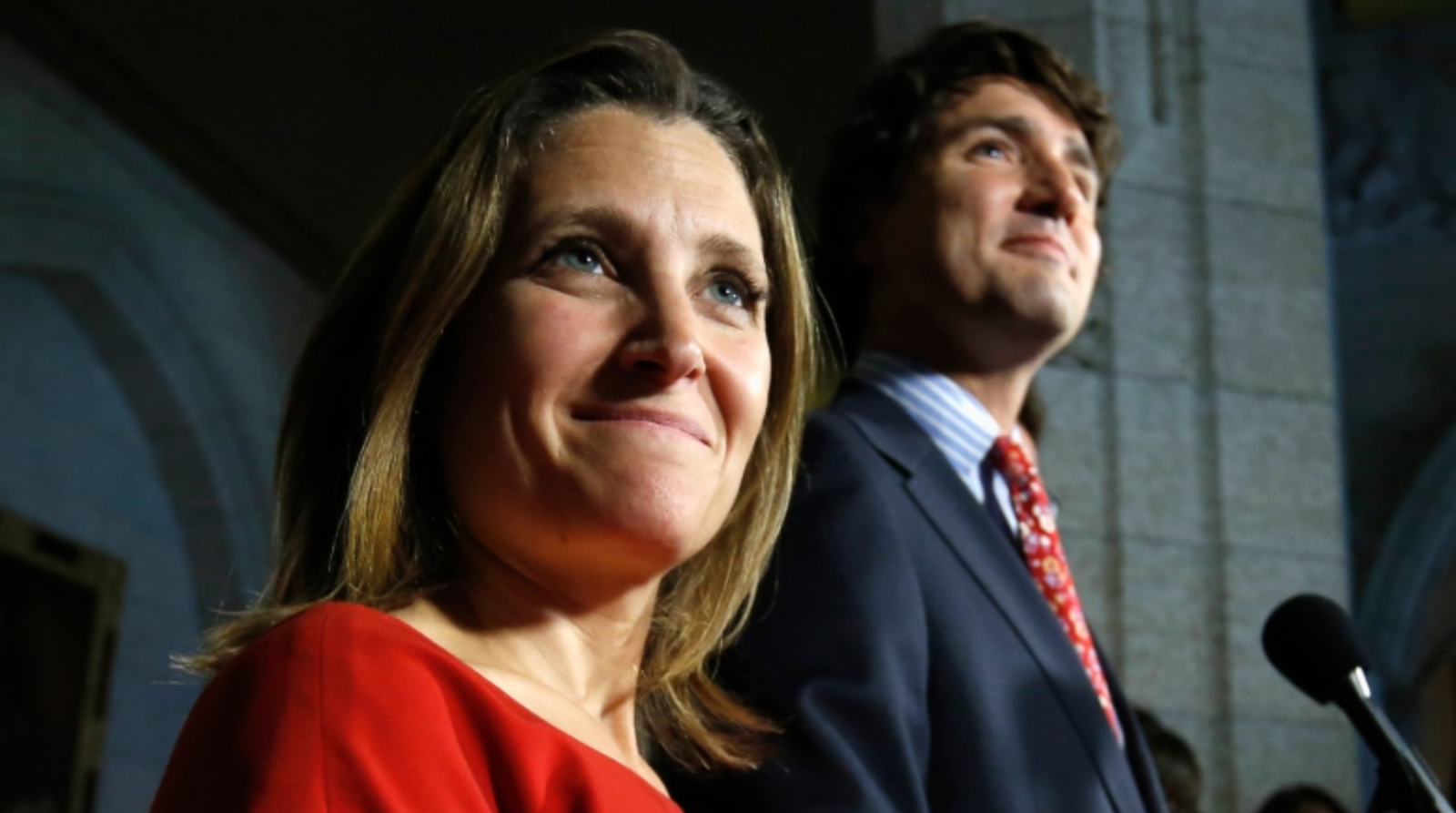 Foreign Affairs Minister Chrystia Freeland is eager for Canada to pursue a policy encouraging “an international order based on rules, in which might is not always right,” as outlined in her major foreign policy statement in Parliament this week.

It is fitting for Canada to stand firm and express unflinching support for the small and vulnerable Baltic states against what Freeland calls “Russian military adventurism and expansionism.”

Every Canadian foreign minister has a pet project. André Ouellet was seized with the Haiti file, partly because his Montreal riding was home to a large number of Haitians. Lloyd Axworthy brilliantly secured an international treaty to ban and remove land mines. His mission was a huge success, with immense support and dedication of Canadian diplomats.

Axworthy also successfully raised awareness and won a favourable response to the idea of the world community’s responsibility to intervene, if need be, to protect citizens of any country from abuses by their own respective regimes.

For Freeland, it is “territorial integrity, human rights, democracy, respect for rule of law and aspiration to free and friendly trade.”

Freeland devoted a significant part of her speech to Canada’s southern neighbour, reminding America that it is the “sole super power” and as such is “an indispensable nation.” But her observation that “our friend and ally has come to question the very worth of its mantle of global leadership” may be premature.

While President Donald Trump has pulled his country out of the Paris climate change agreement, has he not just returned from a foreign tour, which included a visit to NATO headquarters, G7 and G20 meetings and a pledge to work on a Middle East peace agreement? These are not signs of the United States abdicating world leadership.

However, she wisely did not poke the U.S. in the eye or rap knuckles, but subtly and firmly passed on some important messages on trade, defence, and of course, climate change. While reminding Americans of the benefits of good neighbours and free trade she mentioned Canada’s contribution to NORAD, which provides a defence umbrella for both our countries.

Her emphasis on Canada’s commitment to engaging and contributing to a world order based on the rule of law is a major and welcome change from former prime minister Stephen Harper’s open disregard for the United Nations. It is a welcome sign to see Canada back on the world stage.

But Canada needs a more cohesive, comprehensive, and coherent foreign policy with more demonstrable coordination among the ministries of foreign affairs, defence, trade and international development.

Though Canada has historically played a big role in La Francophonie and The Commonwealth, Freeland's speech lacked any reference to our relations with Latin America, Africa or Asia, except one mention of China. Canada needs to engage politically with areas of the world that it now views primarily through the lens of international development. The G20 is an excellent example of such engagement. Other than concern for the security of nuclear-powered Israel, there was no mention of any Canadian role in the troublesome Middle East.

Freeland emphatically spelled out that Canada considers “women’s rights are human rights,” saying they are “at the core of our foreign policy.” Freeland also did well to highlight Canada’s continuing commitment “to provide refuge to the persecuted and downtrodden” and cited the example of Canada settling 40,000 Syrian refugees.