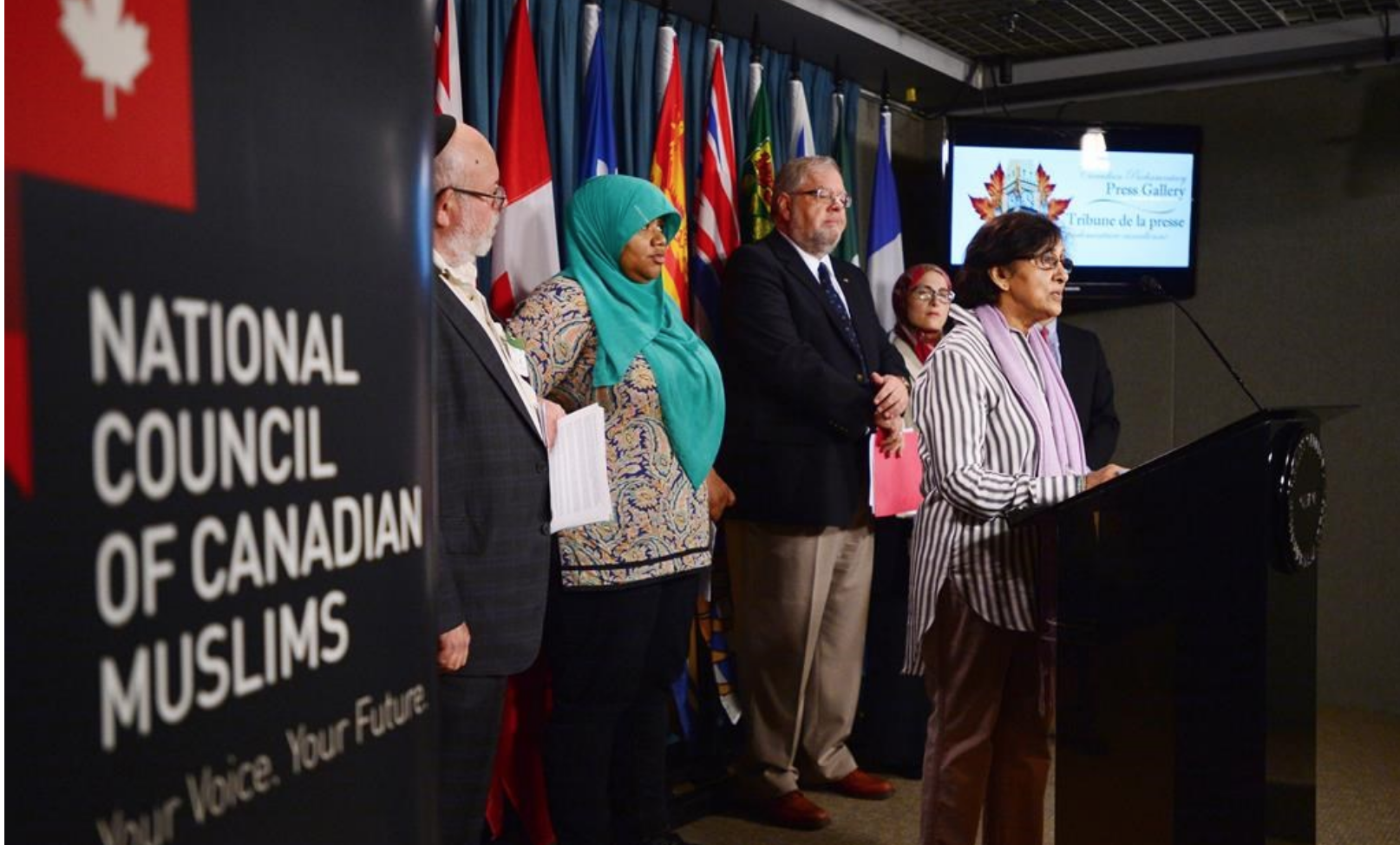 Community leaders of diverse faiths address evidence from Statistics Canada that hate crime against Muslims increased in 2015, during a press conference on Tues. June 13, 2017 in Ottawa. Photo by The Canadian Press
Previous story
Next story

An increase in incidents targeting the Muslim population drove a five per cent rise in hate crimes in 2015, Statistics Canada reported Tuesday.

"The number of hate crimes presented in this release likely undercounts the true extent of hate crime in Canada, as not all crimes are reported to police," Statistics Canada said in a note accompanying Tuesday’s data release.

The agency did note that in 2015, police services increased outreach to ethnic groups and, in addition, the National Council of Canadian Muslims made efforts to encourage reporting of hate crimes to police.

A spokesperson for the organization, Amira Elghawaby, said Tuesday that former prime minister Stephen Harper’s decision to focus on the use of face coverings at citizenship ceremonies during the 2015 election campaign contributed to discrimination among Muslim women.

"You can almost immediately see the moment that Mr. Harper started talking about the face veil, we immediately started getting reports of women being harassed in Canada," she said during a news conference on Parliament Hill. "We can’t make a direct link per se but ... certainly it was a factor."

"We all need to work very hard to reinforce the generous, inclusive, accommodating nature of the country that has made us the finest example of pluralism that the world has ever known," he said.

Part of this work will involve police services across Canada to reporting annually on hate crimes and incidents, said Elghawaby.

"Toronto police and Hamilton are the only police services that we are aware of that do that," she said. "Everybody else is only reporting to Stats Canada . . . that’s why we are here talking about 2015 numbers. We need these numbers sooner."

Canadians are in denial about hate crimes, added Chelby Daigle, an author who has documented anti−black racism in Ottawa.

"Year after year, as a member of the black community, we’re the highest targeted group and yet you’re not seeing much of a narrative about blacks being a targeted group for hate crimes," Daigle said.

"We all have to start owning this and I think when we do that, we’ll be able to push institutions like police and ... government to be more accountable."

Statistics Canada says eight of 10 provinces reported an increase in the number of police−reported hate crimes from 2014 to 2015.

The increase was most pronounced in Alberta, where police reported 193 hate crimes compared with 139 the year before, a rise driven by a higher number of crimes motivated by hatred against the Muslim population, Arab or West Asian populations, black populations and the Jewish population.

In Ontario, which historically records close to half of the total number of hate crimes in Canada, fewer crimes motivated against the Jewish religion and against the black population saw the overall rate decline by five per cent from 2014.