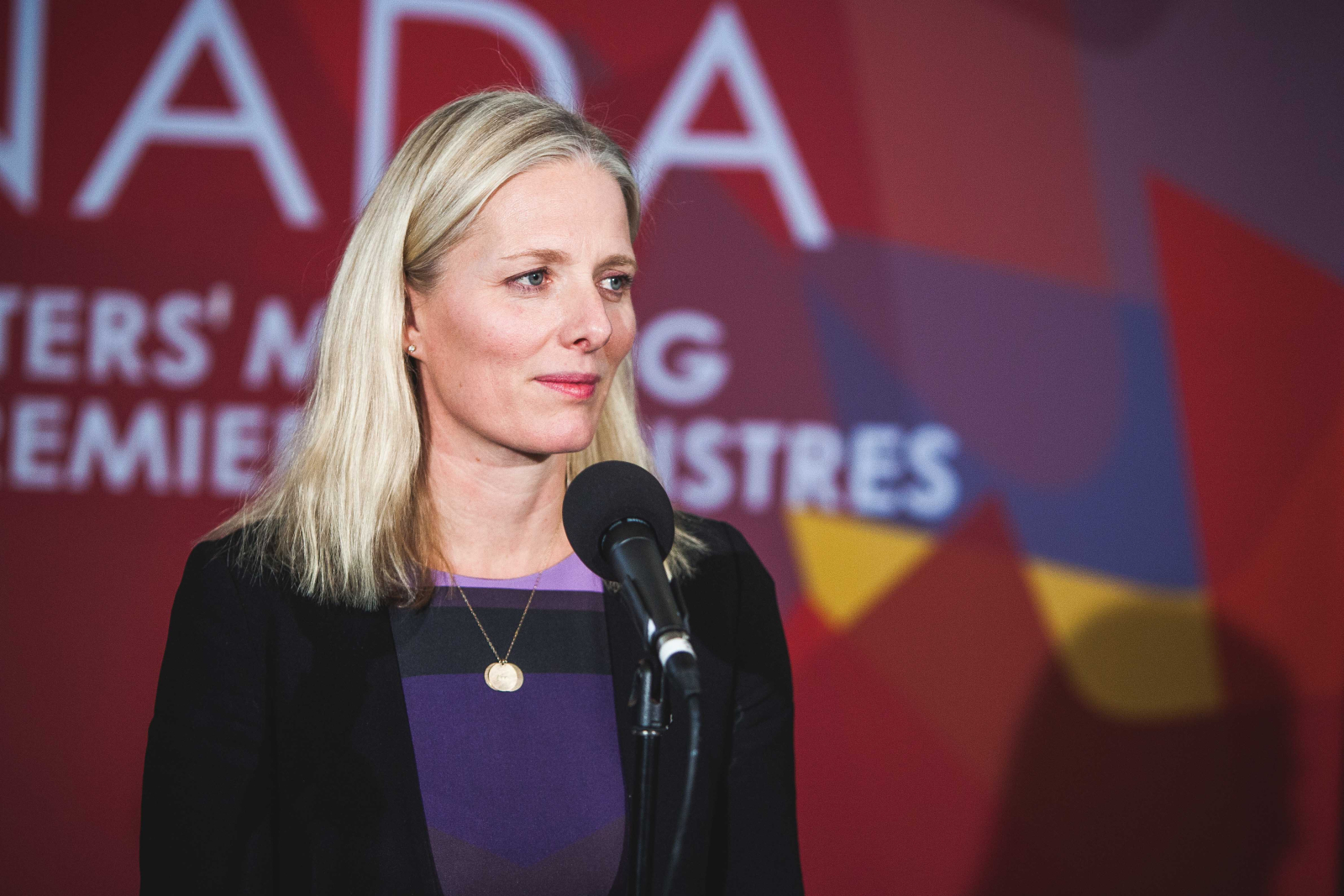 Manitoba and Saskatchewan have been given until the end of December to sign on to the federal government's national climate change agreement to avoid losing out on millions of dollars to help cut emissions.

The first is a $600-million Low Carbon Economy Challenge for industry and public sector projects, to be launched this fall and doled out on a merit-based, project-by-project basis. Municipalities, provinces, territories, indigenous governments and organizations, businesses and not-for-profit organizations can all apply for funds, which will be prioritized for projects that provide the biggest emissions reductions for the lowest cost.

The second is a $1.4-billion Low Carbon Economy Leadership Fund per capita fund for provinces and territories that have signed on to the Pan Canadian Framework on Clean Growth and Climate Change.

Each eligible province will receive a base of $30 million plus a per-capita share of up to $1 billion.

Manitoba and Saskatchewan, the only two provinces that have not signed on, have been told they will only get their share of the funding if they sign up by the end of the year.

McKenna said "it's only fair" that the provinces that stepped up to help Canada meet its international commitments to reduce emissions get to share in the fund.

"We're certainly working very hard with Saskatchewan and Manitoba and are very hopeful that they'll sign up to the pan-Canadian plan on climate change," McKenna said.

"But let's be clear, all provinces and territories agreed in the Vancouver declaration with the prime minister that we needed to have a credible plan with serious actions that would meet our international obligations. The pan-Canadian framework on climate change represents that plan and we will be supporting provinces and territories that have signed up for the plan."

This fund was first created in the 2016 federal budget to help provinces fund initiatives to significantly cut greenhouse gases, part of Canada's race to meet its targets under the Paris climate change accord.

Canada must cut almost 200 million tonnes of emissions by 2030 to meet its target of reducing greenhouse gases to 30 per cent below 2005 levels. That's the equivalent of taking more than twice as many cars off Canada's roads as are even in the country.

The fund was initially to be a two-year program, with $2 billion equally divided between 2017-18 and 2018-19, until it became clear early in the negotiations that the provinces and territories needed more time to find the best uses for the money.

The federal government wants the funds spent on projects that significantly reduce emissions, prioritizing those that reduce the most emissions most cheaply. Initiatives must also be in addition to existing projects or those that are already planned.

McKenna said her department is negotiating with the provinces in the framework this summer to work out agreements on how the funds can be spent.

Thus far, the promise of a piece of the $2-billion pie has not been enough to lure either Saskatchewan or Manitoba onside.

Saskatchewan Premier Brad Wall is adamant he will never sign the framework as long as it requires him to introduce a price on carbon. Wall has threatened to sue Ottawa if it tries to impose a carbon tax on the province.

As part of the framework, Ottawa requires every province to implement a minimum $10 per tonne price on carbon by the spring of 2018, or Ottawa will do it for them. The price has to rise by $10 per tonne per year until it hits $50 per tonne by 2022.

Ottawa pledges any revenue raised by a carbon tax directly will stay within the province it came from, although only those with their own carbon price program will get to decide how to spend it.

The federal government will decide how to allocate the money raised by carbon taxes it imposes, and is looking at giving at least some of it back in direct grants to individual families and small businesses.

Manitoba chose not to sign the framework in an attempt to leverage more money for health care. It is less opposed to a price on carbon, but sources tell The Canadian Press the province may prefer a federally imposed carbon tax to force Ottawa to wear the political fallout.

There is no way Canada will

There is no way Canada will reach its GHG reduction goals for 2030. Canadian crude oil exports to the U.S are at their highest level and production continues to grow. Between 1990 and 2014, emissions from the transportation sector, the largest emitter after oil and gas, increased at an annual average growth rate of 1.1% compared to 0.7% for Canada's total GHG emissions (more than half of new vehicles sold in North America last year were pickup trucks and SUV's). Emissions from forest fires and peatland fires are going up due to human activities and climate change (northern Canada is warming faster than its southern part).
It is estimated that the Fort McMurray fire itself released around 85 million tonnes (Mt) of carbon dioxide equivalent (CO2 eq) emissions (National Post, May 20, 2016: " Fort McMurray fire's incredible carbon pulse may account for 10% of Canada's emissions"). The Fort McMurray fire took about a year to be completely extinguish as peatland fires, which are very difficult to extinguish, continue to burn ( emissions from deep-burning peat fires are particularly important as carbon density of peat increases exponentially with depth). It is estimated that Boreal and Subarctic regions contain around 97% (142.94 billion tonnes) of the soil organic carbon mass occurring in Canadian peatlands. Around 52% of that mass (74.16 billion tonnes) could be "severely" of "extremely severely" affected by climate change (Canadian Water Resources Journal, Agriculture & Agri-Food Canada, May 2009).
Despite growing emissions from forest fires (the average area burned is twice the average area burned in the early 1970's) and peatland fires, these emissions are not accounted in Canada's annual national inventory on GHG emissions. The federal government considers emissions from forest fires and peat fires as being part of what they called "natural disturbances" (e.g. wildfires, insect infestations such as the mountain pine beetle, drought and permafrost degradation). Canada's "Second Biennial Report on Climate Change to the UNFCCC" (April 2016) even says in a footnote of section 5.0 of that report: "Canada has indicated that its accounting for managed forests towards its emissions reductions target will exclude the impacts of natural disturbances because these impacts are non-anthropogenic."
It means that the federal government doesn't consider climate change as a factor affecting Canada's managed boreal forests. This is in total contradiction with a majority of scientific studies done over many years by federal and provincial natural resources departments, and many non-governmental organizations.
In a spring 2012 submission to the UNFCCC, Canada stated that emissions and related removals resulting from natural disturbances would be excluded from its GHG emissions reductions target "as Canada's efforts to influence the carbon balance through forest management (that could be accounted as a sink) could be overwhelmed by natural disturbances (as over the years it has become a major source of emissions). This was one of the reasons why the Harper government decided to get out of the Kyoto protocol.
(source: Ontario's MNR, 2011 :"Climate Change, Carbon Sequestration and Forest Fire Protection in the Canadian Boreal Zone")
The Trudeau government is not only keeping Harper's GHG emissions reductions target for 2030, but it is also continuing to deny the influence of a warming climate on Canada's boreal forest. Per hectare, Canada's boreal forest store at least twice the amount of carbon that is stored in an hectare of the Amazon forest. We should be very concerned about what's happening in our backyard. It could have serious consequences for Canada and the rest of the world.