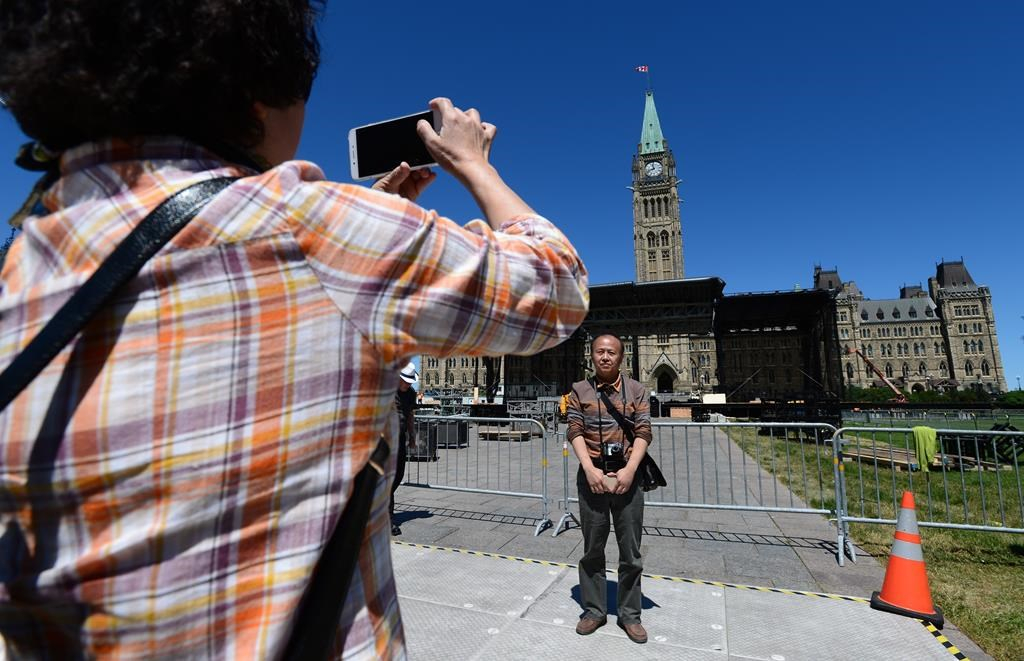 Be alert but not alarmed, police are urging Canadians who will congregate under the Peace Tower next month for Canada 150 celebrations — a massive public gathering for which intelligence agencies and emergency teams have spent months preparing.

Experts are well aware of what is at stake on July 1, especially in the wake of the deadly shootings that erupted on Parliament Hill in 2014.

"It is exactly the target-rich environment that (attackers) are looking for."

Ottawa police Supt. Joan McKenna, who oversees planning for Canada Day events, said officers in the national capital will take an all-hands-on-deck security approach that will include everything from canine units to carbines and long guns.

"We can't control everything," McKenna said in an interview. "What we can control is that there is strong communication between the federal intelligence agencies, the RCMP and our Ottawa police intelligence section.

"This happens daily, so there's lots of communication happening with our police partners in this area."

The public should be vigilant, but not afraid, she added.

"There's lots of eyes and ears out there —not just the police but there's the public... city workers, anyone part of emergency planning," McKenna said. "We will be standing up significant police resources for Canada Day and all will be alert for any suspicious situations that they see and suspicious calls to police warrant investigation... There will be high visibility with police on that day."

A number of road closures and barricades will also be in place to prevent vehicle access, McKenna said.

"We will have controlled pedestrian access to certain areas and there will be identified routes in and out and that's for everyone's safety."

"If there's limited vehicle access to a location, that means that our ambulances cannot go there so what it means is we have to find alternative ways of transporting our patients out of some areas," Deschamps said.

Ottawa paramedics will use golf cart-sized vehicles to more easily navigate the crowds, and stretcher teams will be deployed when necessary to carry patients from dense areas toward transport vehicles.

Paramedics will also be riding bikes through the precinct, he added.

"We have a picture dating back years that has an ambulance trying to drive down Wellington," he said, referring to the busy, tourist-jammed street that runs right along the edge of the Parliament Hill grounds.

"We keep using that example ... we want to make sure that doesn't happen."

The City of Ottawa is also identifying the most suitable location for a field hospital, provided by Ontario's emergency medical assistance team, to help reduce demand at other facilities, its emergency and protective services department said in a statement.

Susan Adamson, a Calgary resident who was visiting Parliament Hill this week, said she would not think twice about taking in Canada 150 celebrations in Ottawa if she was here for the occasion.

"I think it is kind of exciting — 150 years," she said. "I would be aware of my surroundings, but I'm not that worried."

Jacqueline Stacey, a resident of Ottawa for more than 30 years, said she plans to avoid Parliament Hill on July 1 — but not because of the security concerns.

"I can't even imagine on Canada Day, being the 150th, that it is going to be fun to get down here," Stacey said. "The party is great. The parking is a nightmare."