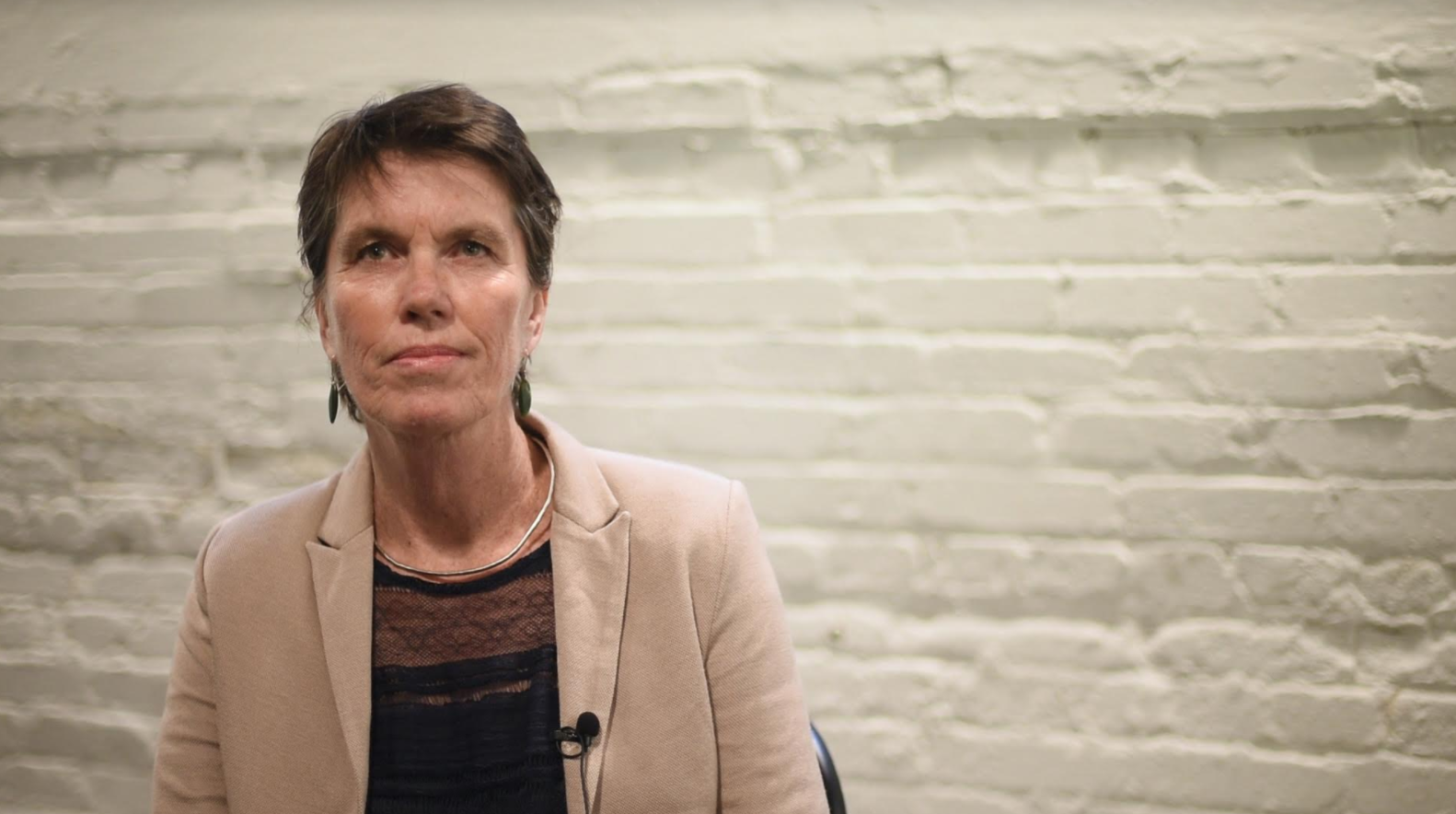 Two multi-million dollar lawsuits launched by one of Canada’s largest logging companies could have a “huge impact” on Greenpeace’s work in North America, says the environmental organization’s executive director.

Resolute Forest Products is asking for more than $300 million in two defamation lawsuits filed in the U.S. and Canada against Greenpeace in relation to a campaign targeting Resolute’s logging operations in the Canadian boreal forest.

Greenpeace says Resolute’s logging could devastate the boreal forest and endanger threatened caribou and other animals.

In a previous interview with National Observer, Resolute spokesman Seth Kursman said that Greenpeace is running an “irresponsible and illegal campaign of misinformation” that threatens jobs in the Quebec and Ontario communities where the company operates.

McDiarmid joined Greenpeace in 1984, signing on as a deckhand aboard the Rainbow Warrior vessel, which was headed to protest French nuclear testing in the South Pacific.

The Rainbow Warrior never made it to Polynesia: French secret service agents crept alongside the ship while it was in port in Auckland, New Zealand, and planted bombs which sunk the ship and killed a Greenpeace photographer.

“I think many young people were feeling about nuclear what many young people today feel about climate change,” she told National Observer. “It was very scary. It was something that people thought was going to change their futures.”

National Observer spoke with McDiarmid about the lawsuits, Prime Minister Justin Trudeau’s environmental record, climate action in the age of Trump and more. Here’s a transcript of the conversation, edited for length and clarity:

What’s at stake in these lawsuits?

"What’s at stake is freedom of speech. And not just for environmental organizations like Greenpeace, but for any organization, really, that wants to critique or have a say... about what’s going on in the world around them.

"I think what Resolute is doing, by taking out a lawsuit...is trying to shut down criticism. It hasn’t liked what we are saying about its unsustainable practices in one of the largest intact forests left on the planet. In response to that, it’s going to the courts and using extraordinary legislation in the United States to try to shut us down.

"Greenpeace, since it first started in Canada all those years ago, has had lots of legal challenges, mostly to its activists. But not a challenge at this scale, of this outrageousness and excessiveness."

Realistically, what would happen if the lawsuit succeeds?

"The reason why they’re using legislation in the United States is twofold. One is that they can try to associate Greenpeace and environmental advocacy as a criminal activity. The other reason is because you can ask for massive financial penalties, potentially up to $300 million. That’s a huge amount of money for an organization like Greenpeace."

Resolute has pointed to court filings in which Greenpeace’s lawyers appear to suggest that some of what the organization says isn’t meant to be taken as fact. How does Greenpeace respond to that?

"Well, they’ve clearly taken that out of a hundred-page legal document and taken that statement out of context. Of course Greenpeace has and always will work from the best science available. If you look through some of the other legal documents or forestry management documents, a lot of it is very technical and scientific language.

"When you take some of that language and you turn it into layman’s terms... that can often be heard as opinion. But that doesn’t mean to say that it’s not based on sound science."

Turning to Canada — we’re in the second year of this government. Broadly, how are they doing in terms of climate policy?

"It’s an incredibly important time for climate leadership... I think they have played a very good role to date. It’s even more critical now that countries like Canada are leading the way on delivering on the commitment that they signed up to in Paris. "

The Trudeau government has talked about balancing economic growth with climate action. He has also talked about phasing out the oil sands, and on the other hand, said he supports jobs in Western Canada. How do we balance those?

"This is a challenge for a lot of governments that have invested heavily in the fossil fuel industry, which is most countries on the planet for the last century. But times are changing. When you look at what’s happening in the renewable energy sector, it’s taking the world by storm at the moment.

"Countries like China that have dramatically shifted away from coal — they’re not entirely there yet — but there has been dramatic movement. It’s going to be countries that are moving into a just transition, so they’re actually looking at how they can provide other jobs in industries and areas that are sustainable and in the renewable energy sector. Canada has huge amounts of opportunities."

"A lot of countries are in that bind at the moment. Businesses are the ones that are moving the fastest. I think the fact that there are wind turbine facilities getting off the ground without any government subsidy in Europe is a really significant step in the right direction. It’s absolutely possible, and I really think that the longer that countries wait, and the longer that businesses wait, the harder it’s going to be on the workforce and the harder it’s going to be on the overall economy."

How do you respond to an administration in the U.S. that seems willing to reject established science on issues like climate change?

"You deal with the ground. There are a lot of very good initiatives happening at the city level, at the state level and the business level in the United States. It’s on the ground where the change is really going to happen in the United States, despite what the Trump administration may decide to do or not do with Paris."

On climate change, we’re seeing some positive signs, like action from countries like China. But there are ominous indicators — data shows that the rate of sea level rise has tripled since 1990. How optimistic are you?

"Eternally. Not that it’s going to be the same, but I have a lot of optimism and trust and faith in the ability of people to do good, and to do right by each other, and also by the planet.

"We are a force of nature. We have demonstrated that as a species. But we can be a force for good. I think just enough of us have to be brave enough to collaborate to make that happen.

"I see that enough on a daily basis that it makes me feel very hopeful for the future. I think the future will be different from our past, that’s for sure. What we do today will really make a big difference for the future we have tomorrow."

Protecting the boreal forests is crucial as the boreal forests store at least twice the amount of carbon per hectare than the Amazon forests. Global boreal forests are estimated to contain around 37% of the world's terrestrial carbon, or approximately 703 billion metric tonnes of carbon. Peatland ecosystems accounts for roughly 64% of the estimated global boreal forest carbon. Peat fires release significant amounts of carbon dioxide and other greenhouse gases. In addition, peat fires release mercury into the atmosphere at a rate 15 times greater than upland forests. Human impacts, such as climate change, draining of wetlands, deforestation and the exploitation of natural resources, are increasing the overall susceptibility of peatlands to fire. Climate change can also lead to melting of permafrost, which can in turn lead to additional peat material being consumed by fire.
(source: NRC, 2013-12-04: "Peatland fires and carbon emissions").
Within Canada, Ontario contains approximately 30% of Canadian peatland carbon, with a large majority of this residing in the Hudson Bay Lowland (HBL) area. Current estimates are that HBL peatlands contains 23.5 billion tonnes of carbon. A 2008 United Nations report dealing with carbon storage in protected areas identified the HBL as a region where soil carbon storage levels are among the highest in the world. The authors of this report suggested that the large amount of carbon stored within protected areas, particularly in proportion to the land area covered , means that these areas could play a significant role in climate change mitigation. They further suggested that "investing in protected areas" could be a valuable component of a national strategy for reducing emissions.
(source: Ontario MNR, 2011: " Climate Change, Carbon Sequestration and Forest Fire Protection in the Canadian Boreal Zone")
Of Canada's 270 Mha boreal forest area, 145 Mha are considered managed for the purpose of reporting GHG emissions and removals, and 125 Mha are unmanaged. The managed forest area in the boreal zone stores approximately 28 billion tonnes of carbon. In the late 1980's, Canadian Forest Service scientists began developing a sophisticated model of Canada's forest carbon budget in anticipation of the need to better understand and quantify the role of Canadian forests in the global carbon budget. The CBM-CFS is a national-scale model of forest biomass, soil and forest product sector carbon dynamics that has been used since the early 1990s to assess the net carbon budget of managed forests in Canada. Since the carbon balance in managed forests has moved from being a "sink" to generally a "source" of carbon emissions in the last two decades (climate change being recognized as a major factor in the increase of forest fires), Canada, under the Harper administration, decided not to include forest management in its Kyoto Protocol accounting for the 2008 to 2012 commitment period (in 2012, Canada decided to get out of the Kyoto Protocol). That policy continues to this day and has been adopted by the new government (with the same emissions reduction target). The Trudeau government still don't recognize the negative impacts of climate change on Canada's forests and even went further than the previous government by affirming that "natural disturbances" (e.g. wildfires, peat fires, insect infestations, etc) in Canada's managed forests are "non-anthropogenic" (Canada's Second Biennial Report on Climate Change to the UNFCCC, Section 5.1 footnote).