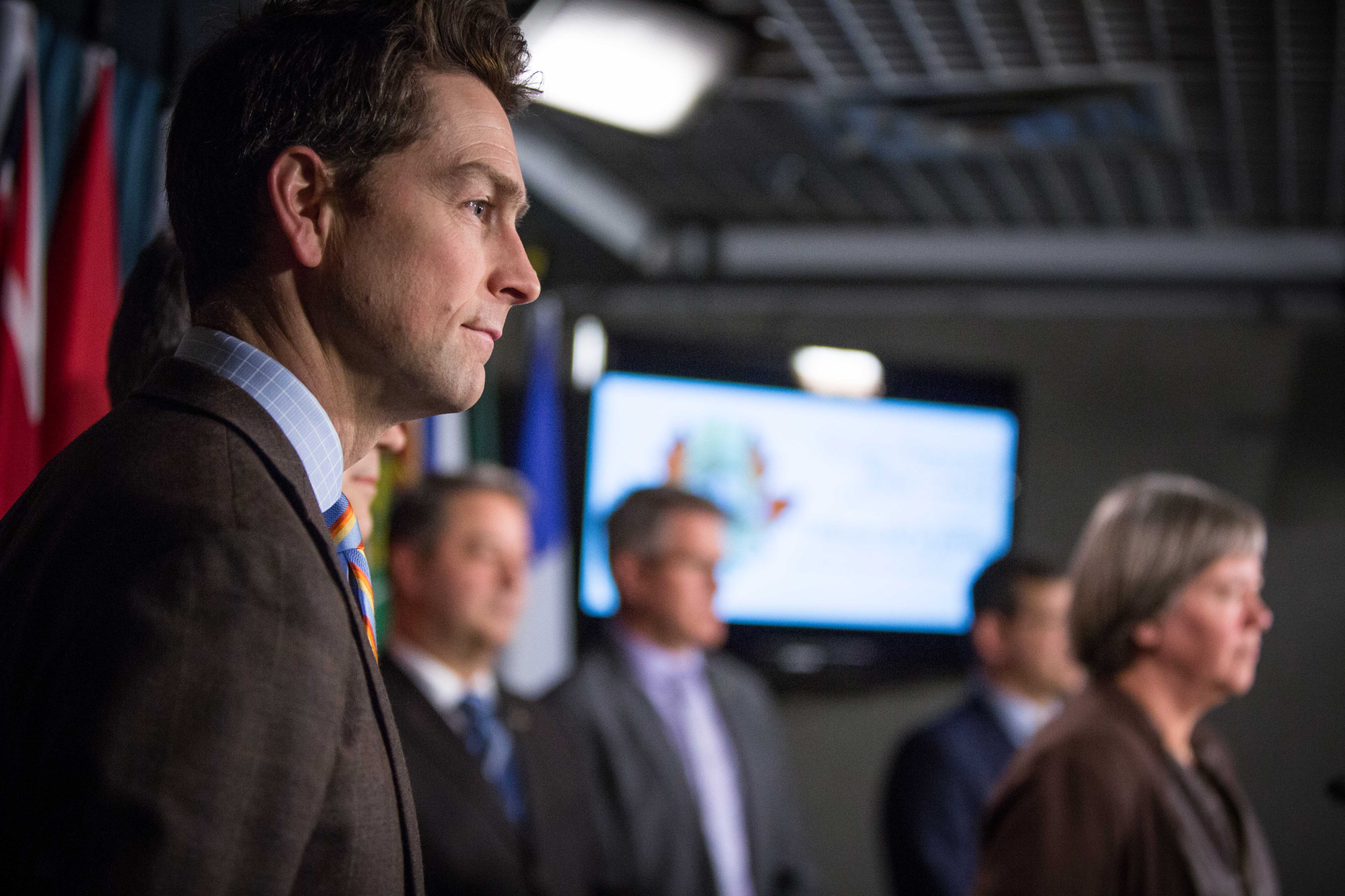 Federal MP for the Quebec riding of Pontiac. Will Amos helped write a report on strengthening the Canadian Environmental Protection Act, also known as CEPA. He is seen here in Ottawa on March 24, 2017. Photo by Alex Tétreault
Previous story
Next story

One of the most important responsibilities of any government is to protect a nation’s citizens from such scourges as war, violent crime, and infectious disease. In recent decades, pollution and toxic substances have emerged as another major threat to people’s health and well-being.

Canada’s most important law to defend the health of Canadians and ecosystems from pollution is the Canadian Environmental Protection Act (CEPA), a law passed in 1988 and last updated in 1999. Parliamentarians of all stripes acknowledge the need to strengthen CEPA, based on regulatory experience and scientific evidence. A recent report from the Commons Committee on Environment and Sustainable Development, of which I am a member, sets out a roadmap to achieve this.

Scientists have made major breakthroughs in understanding the connections between human health and the environment. For example, while we have long understood that air pollution damages our lungs, we now know that it is also a major contributor to cardiovascular disease. In another advance, researchers identified a group of chemicals that mimic human hormones, and determined that these endocrine-disruptors can cause adverse effects at surprisingly low concentrations.

The Committee studied CEPA for more than a year. Over the course of 29 meetings, we heard from Health Canada, Environment Canada, and more than fifty expert witnesses. We received almost 70 detailed briefs from Indigenous communities, academia, as well as industry, labour, public health and environmental organizations.

It became clear that CEPA’s regulatory framework is weaker in several respects than the rules employed by the United States and the European Union. These weaknesses are inflicting a high price. Evidence from the World Health Organization and the Canadian Medical Association indicates that each year thousands of Canadians die prematurely and millions suffer adverse health effects because of exposures to contaminants.

Toxic substances in our air, food, water and products we use every day are linked to impacts that include cancer, heart disease, respiratory illness, damage to children’s brains, and birth defects. The Winnipeg-based International Institute for Sustainable Development estimates that the costs of pollution in Canada exceeded $35 billion in 2015.

Moreover, certain subsets of the Canadian population, such as children, the elderly, Indigenous people, and low-income families, bear an unfair share of the pollution burden. A striking example is that one in four low-income Canadians lives less than one kilometre from a major source of industrial air pollution, resulting in elevated rates of hospitalization for cardiovascular and respiratory disease.

Our report recommends the government ensure that these vulnerable populations are appropriately protected when toxic chemicals are assessed and regulated. Government should also take into account the cumulative impact of these chemicals, not just the impact of a single chemical on its own.

Canada, being the only industrialized country in the world that doesn’t have national mandatory air quality standards, should ensure such standards are implemented. And in cases where pollution has caused serious harm by releasing toxic chemicals into the environment, ordinary Canadians should have the right to enforce CEPA’s standards.

Our proposed changes will produce a stronger law that protects all Canadians, especially the most vulnerable, from preventable environmental risks. It will ensure that Canadians have better access to information about the potential health impacts of pollution and toxic substances. It will enhance Canadians' participation in government decisions that affect environmental quality. And it will provide a range of tools to augment accountability, ensuring that CEPA is more effectively enforced.

A large body of research indicates that the benefits of stronger pollution laws greatly outweigh the costs. By amending CEPA we can achieve a hat trick of vitally important outcomes — healthier Canadians, healthy ecosystems, and a healthy economy.

—​ William Amos is the MP for Pontiac, an environmental lawyer, and a member of the Standing Committee on Environment and Sustainable Development.

An environmental lawyer discusses life inside the Trudeau government

Thanks for the roles you have played. The underlying issue that would give any environmental legislation and regulation functionality, is reversing the cuts in funding for independent research in basic science. I have no special interest other than as a physician trained in the interpretation of science. I do however understand that if the private sector is left responsible for the great majority of research funding (including guiding direction for the NRC), all that will be funded is the shortest path to patent protectable products or meeting minimal regulatory requirements .

For a meaningful health protective role, our regulatory agencies need to have a picture beyond this shortest path; they need also understand the underlying territory, i.e. the ultimate disposition of many compounds and their metabolites in natural systems (ecosystems), and importantly including within our bodies and tissues. These often remain unknown, so we know not where to look for pathological impacts. The public does not understand that this is lacking. A lack of evidence for harm is not equal to evidence of safety. This of course also applies to the "elephant in the room" of climate change. Without this background support for basic science, lofty policy change is meaningless and will not pick up problems until it is “too late” i.e. there are major and frequent impacts... after the damage is done . This past devolution in funding does not meet the requirements of an enlightened society and leaves us with only the appearance of responsible governance ( risk management). Furthermore it has has contributed to an appropriate cynicism and loss of faith in civilized society, alternative facts etc. The role and functionality of journalism has unfortunately been likewise neglected.