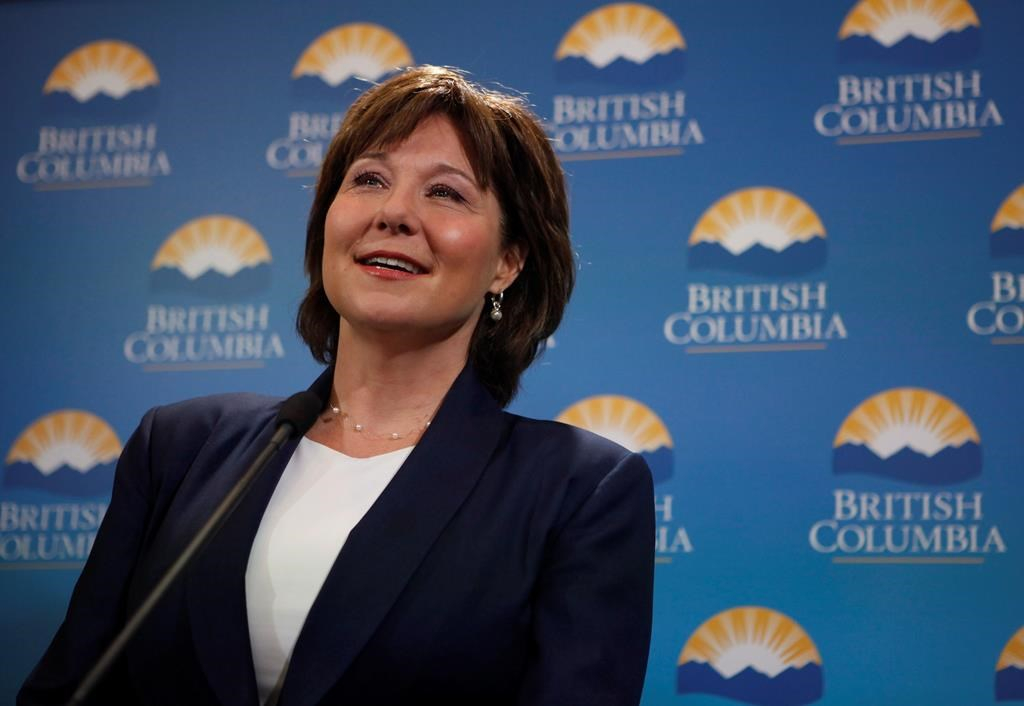 B.C. Premier Christy Clark talks with media after being sworn in as premier following a ceremony at the legislature in Victoria, B.C., on Thurs. June 8, 2017. File photo by The Canadian Press/Chad Hipolito
Previous story
Next story

British Columbia's politicians will return to the legislature in Victoria today, marking the beginning of the end for the minority Liberal government.

Premier Christy Clark's Liberals have recently announced a number of campaign-style promises that will be included in today's throne speech, including hikes for welfare rates, reforms to campaign financing and new money for childcare.

Clark said yesterday that the party heard from voters during this spring's campaign that social issues and political fundraising reforms are major concerns and the government is now prepared to act on them.

But New Democrat house leader Mike Farnworth says the Liberal's promises are acts of desperation from a party that simply wants to stay in power.

The election on May 9 gave B.C. its first minority government in 65 years, with the Liberals winning 43 seats, the NDP 41 and the Greens three.

Following the vote, the NDP and Greens signed an agreement to vote against the Liberals in an upcoming confidence vote, ending 16 years of Liberal rule and clearing the path for a minority New Democrat government.

BC Liberal cabinet sworn in but defeat looms for minority government