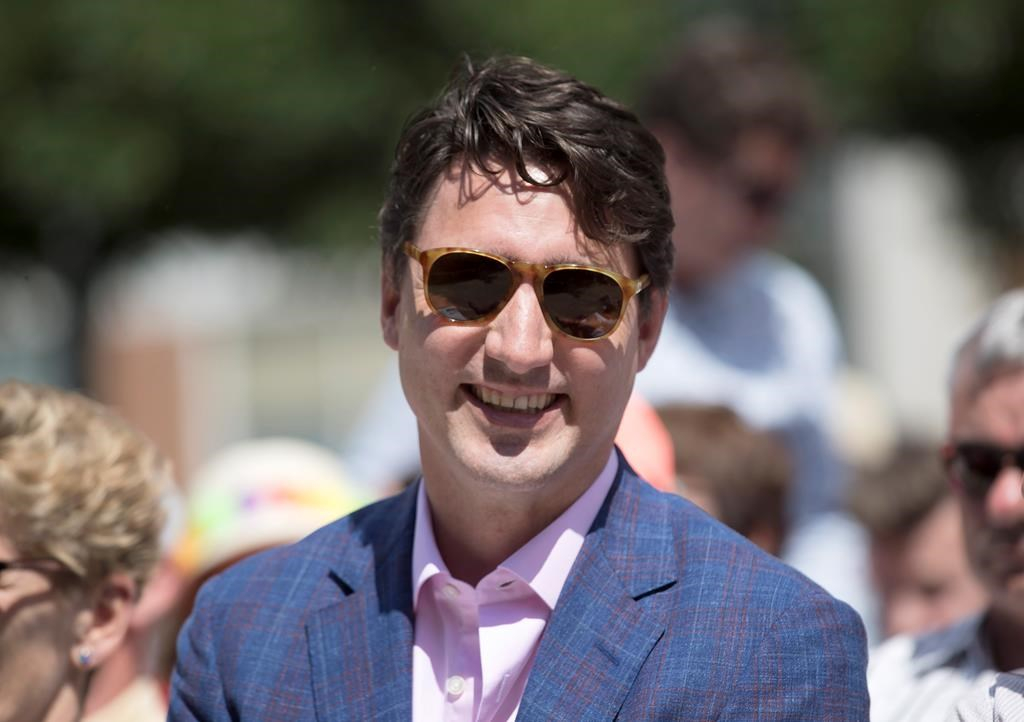 Prime Minister Justin Trudeau attends a Faith and Pride church service before the Pride parade in Toronto, on Sunday, June 25, 2017. Photo by The Canadian Press/Mark Blinch
Previous story
Next story

Toronto's Pride parade began Sunday under cloudy skies with sporadic rain amid debate over whether this year's event took a step back in terms of inclusiveness.

Prime Minister Justin Trudeau, his wife Sophie Gregoire Trudeau and Ontario Premier Kathleen Wynne were among the dignitaries who were marching in the procession. Trudeau was casually dressed in a blue blazer and pink shirt.

Swirling around the colourful event was continued debate over whether Toronto police should have been allowed to take part in the parade.

Toronto pastor and prominent gay activist Brent Hawkes opened Toronto Pride with his final service, emphasizing the importance of inclusion as the core value of the LGBTQ community.

Hawkes, who has led the Faith and Pride service for more than 20 years, is due to retire from the Metropolitan Community Church of Toronto at the end of the year.

His comments about inclusion come as the Pride organization and Toronto's LGBTQ community continue discussing the ban on police floats and uniformed police officers at this year's parade.

In January, organizers decided to adopt a list of demands issued by the Toronto chapter of Black Lives Matter, which included a ban on police floats.

The issue first came to widespread public attention during last year's parade, when members of the anti-racism group staged a sit-in that halted the march until Pride organizers agreed to a list of demands.

Black Lives Matter has argued that allowing uniformed officers at the parade could discourage marginalized communities from attending.

"Pride is annually vulnerable to the latest issues being so divisive that they can threaten the various existence of Pride as a community (and an) event," Hawkes said, referring to the threat of funding being pulled by Toronto City Hall when the police floats were banned. "We cannot afford for Pride to be at risk."

Hawkes said Pride must focus predominantly on LGBTQ issues, such as pushing for equality in Canada and around the world.

"Inclusion is the core value in our community and as long as a group or a company supports LGBT equality, then in my opinion, welcome aboard," he said.

Organizers should not be able to tell people what to wear at Pride, Hawkes added.

"Because I probably wear a uniform that represents the group that has done the most damage to the LGBT community — the Christian Church," he said. "So I would say don't ban what's offensive to some, reform it to the benefit of everyone."

Toronto Mayor John Tory, who was also taking part in the parade, expressed hope a solution would be found well before next year's event.

"Any time anybody is excluded it can't be a good thing," Tory told reporters. "We've got to get it resolved, we'll resolve it in the Toronto way, which is by talking about it and I'm very optimistic that it will be resolved in time for next year."

In response to the ban on police floats and uniformed officers, a group from Toronto police are taking part in the pride parade in New York City.

Trudeau to march in Toronto Pride Parade for a second time