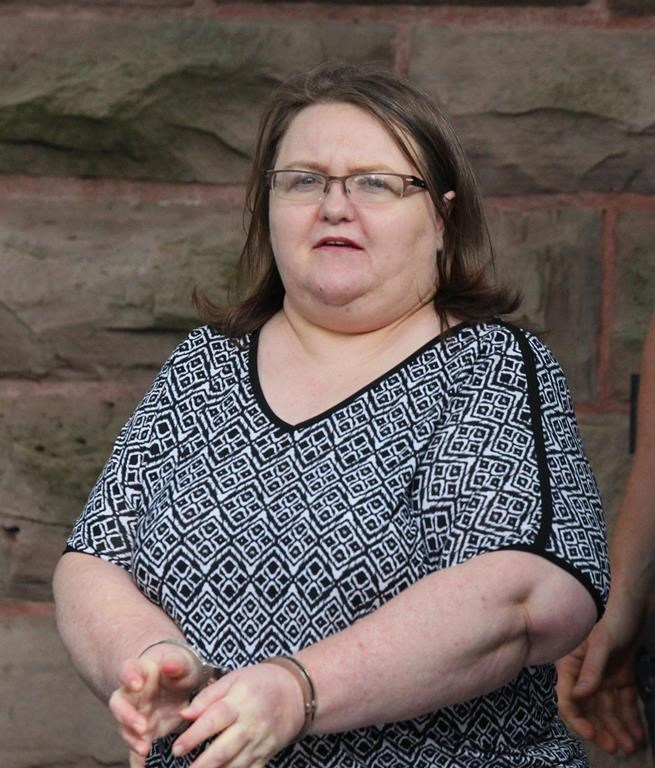 Ontario nurse Elizabeth Wettlaufer is escorted by police from the courthouse in Woodstock, Ont. on Mon. June 26, 2017. Photo by The Canadian Press/Dave Chidley
Previous story
Next story

If the Ontario government treats the case of a nurse who murdered eight seniors in long−term care facilities as an isolated incident, advocacy groups warn that its newly-announced public inquiry into those murders will be unsuccessful.

The groups argue those living in long-term care homes in Canada are vulnerable, and a helpful inquiry into the long-term care system and its failures must be about more than the specifics of what happened in a single case.

"If it's very cursory, taking place on a short time frame, or if the parameters aren't large enough...it wouldn't be helpful," Jane Madeus, a lawyer and institutional advocate for the Advocacy Centre for the Elderly, told National Observer on Monday.

"The issues are really broader than what occurred in this case...It really does shine a spotlight on the vulnerability of the sector.”

Her comments come the same day that Elizabeth Wettlaufer, the nurse in question, was given a life sentence for the deaths of eight seniors under her care by an Ontario Court of Justice in Woodstock, Ont. That afternoon, the Ontario government announced it is moving to appoint a commissioner to lead a public inquiry into the circumstances of the deaths.

Wettlaufer pleaded guilty last month to eight counts of first−degree murder, four counts of attempted murder and two counts of aggravated assault, and was sentenced Monday to life in prison with no eligibility for parole for 25 years.

The ministers say they want to assure the public that, despite Wettlaufer’s crimes, the 78,000 residents of Ontario’s publicly funded long−term care homes are safe. At the same time, they said the inquiry process is meant to answer questions so the government can ensure a similar tragedy does not happen again.

The government is finalizing the details of the inquiry and will make them available to the public once they have been approved by cabinet.

Earlier Monday, the Advocacy Centre for the Elderly and CARP—a national association representing retirees—called on the Ontario government to investigate the system failures that allowed the deaths and assaults to take place.

In an open letter to Ontario Premier Kathleen Wynne, the groups argued Wettlaufer's guilty plea “has done nothing to ease the minds of Ontarians concerned about themselves and their loved ones who might now or in the future receive care in Ontario’s long-term homes.”

Both groups expressed cautious optimism in response to the provincial government’s announcement.

“We need to look at the system and really have a hard look, to ensure we are protecting vulnerable people,” Madeus said. “When you’re looking at a system, all the pieces need to be there.”

In their letter to the premier, the two groups suggest the roles and responsibilities of a number of people and institutions be investigated, including:

The independence of those leading the inquiry is important, said Wanda Morris, CARP’s vice-president of advocacy. “A lot of families have lost trust in the long-term care system, and we need to restore that trust."

Between 2007 and 2016, Wettlaufer injected 14 people with insulin while they were residents in long-term care facilities in Woodstock, London, Paris, and Ingersol, Ont. She was first charged with eight counts of first-degree murder in October 2016. The charges of attempted murder and aggravated assault were placed against her in January 2017.

Wettlaufer's actions are also expected to be the subject of a College of Nurses of Ontario disciplinary hearing in July 2017.