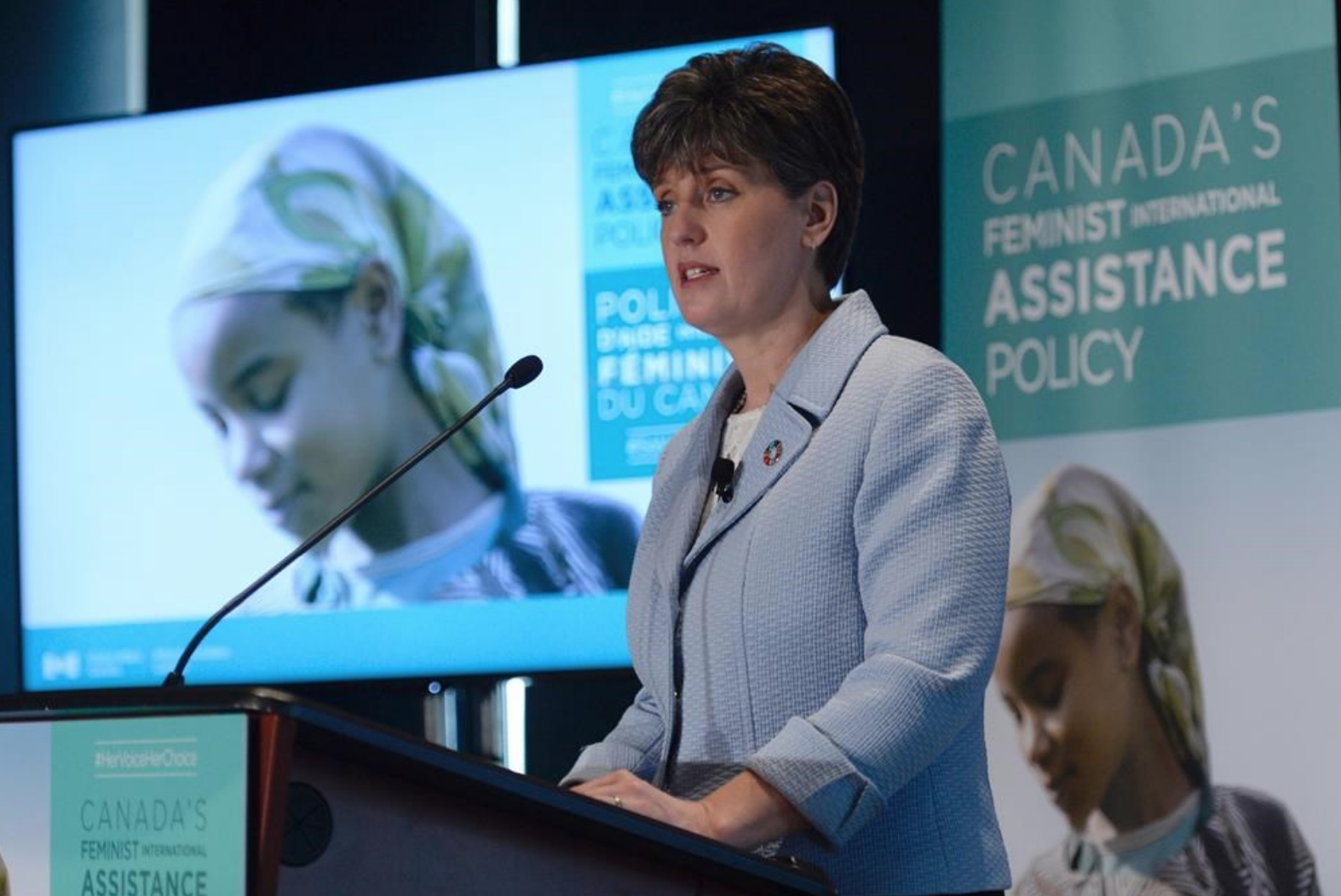 Faida Mwangilwa is vetting 78 applications for 26 projects that will direct cash to women in the Democratic Republic of the Congo, where poverty and rape as a weapon of war have created no shortage of need.

The grants she gives out will be small, in the hundreds of dollars — not thousands or millions. But they will provide crucial support dealing with big challenges such as fighting sexual assault, training midwives and educating women about their rights.

"The women of the DRC represent more than 51 per cent (of the population) and if these women don’t participate in the management of public affairs, it’s a lost opportunity for the country," says Mwangilwa, the administrator of the Congolese Women’s Fund, in an interview from Kinshasa.

Mwangilwa’s organization is the type one might expect to receive money under Canada’s new feminist international development policy, which the Trudeau government unveiled earlier this month as part of its foreign policy reboot.

But that’s not likely to happen any time soon because, with an annual budget of about $20,000, this Congo group is simply too small. In the world of international development, where large non−governmental organizations, UN agencies and others dole out much larger chunks of aid that filter down to the ground, the fund’s annual budget amounts to loose change.

Citing data from the Organization for Economic Co−operation and Development, the groups say 0.3 per cent of Canada’s "gender−focused aid" — $1.7 million U.S. out of $560 million U.S. — actually reached women’s rights organizations in 2013 and 2014.

International Development Minister Marie−Claude Bibeau has said she wants to redirect $150 million to women’s organizations in 30 countries over five years.

"They’re going to have to figure it out. And I think they’re aware that’s going to involve an operational change within the department and a culture shift as well."

Jess Tomlin, the executive director of MATCH, said the government must get used to working through organizations such as hers and the Nobel initiative to help the government connect with smaller women’s groups.

Neither organization receives Canadian funding nor are they lobbying for cash. But in addition to finding groups they deem worthy of financial assistance, they’re offering the government something else: their services as a trustee of sorts to vouch that money won’t be wasted or stolen.

That satisfies a core requirement in foreign aid: showing value for taxpayers’ money.

"This is going to require working through intermediary funders, who can take the money and disperse it amongst local grassroots partners," said Tomlin. "We fund the Congolese Women’s Fund and what they do is take a $20,000 grant from us and they break that out into $500 and $1,500 increments and they send that out to grassroots women’s leaders across the country."

That approach satisfies the private donors that contribute to MATCH’s nearly $2 million annual budget, which supports women’s groups in 25 countries.

Some large international aid organizations say they support giving money to smaller grassroots women’s groups and letting them decide with local women how it should be spent.

Most of these small organizations simply don’t have resources to do the necessary paperwork to show money was properly spent on a specific program, said Melanie Gallant of Oxfam Canada. What’s really needed, she said, is core funding to keep an operation running day−to−day.

"Maybe they need a truck in order to reach more isolated women in remote areas that need help. They would be best placed — these women’s organizations — to know what they need the most, to have the most impact."

Louis Belanger, Bibeau’s spokesman, said the government is trying to find news ways to "reduce the administrative burden on partners" while still exercising oversight to ensure money is properly spent.

"We are confident that it will also help engage a more diverse set of partners, including small and medium sized organizations in Canada and in developing countries," he said.

Mwangilwa said she has heard of Canada’s feminist development policy and she hopes it will succeed. In the longer term, she hopes it helps level the playing field for women in countries such as hers.

"Women do not have the political, economic and social rights in this country," she said. "Women are actors of peace and to have them in the management of public affairs is truly a very crucial element for the stabilization of the region and the stabilization, in a special way, of the DRC."