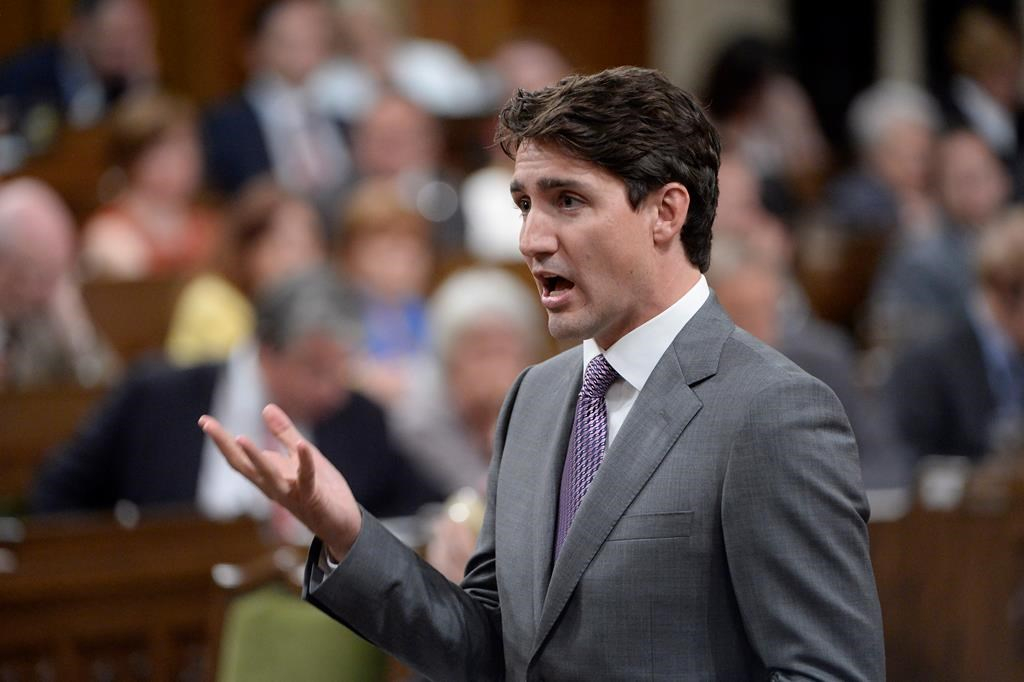 Prime Minister Justin Trudeau rises during question period in the House of Commons on Parliament Hill in Ottawa on Tuesday, June 20, 2017. File photo by the Canadian Press/Adrian Wyld
Previous story
Next story

Prime Minister Justin Trudeau will champion gender equality and other global issues at a star-studded music festival before continuing the conversation with world leaders at the G20 summit in Germany next month.

The concert organized by Global Citizen, an international advocacy group, follows a similar festival Trudeau co-hosted in Montreal last year, which was aimed at raising awareness about the fight against AIDS, tuberculosis and malaria.

"The issues we face globally — climate change, poverty, and disease — disproportionately affect women and girls," Trudeau said in a news release announcing his participation in the July 6 concert at the Barclaycard Arena in Hamburg, Germany on the eve of the G20 summit.

"Their voices and experiences must be at the centre of our efforts if we are to find real and lasting solutions. We must keep pushing ourselves to go further and faster on the road to gender equality," he said. "This is the message I'll bring with me to Hamburg."

The music festival is meant as a show of thanks to people who have participated in a campaign to pressure world leaders to deliver on the United Nations Sustainable Development Goals, which are aimed at ending extreme poverty, inequality and fighting climate change by 2030.

The campaign is also urging leaders to keep those goals in mind as they gather for the G20 meeting, which gets underway in Hamburg the next day.

Those who took part in the campaign were entered into a draw to win free tickets to the festival, which will also be livestreamed on YouTube.

Trudeau is not expected to sing, but the concert will feature musical performances by Coldplay, with special guest Shakira, as well as Pharrell Williams and Ellie Goulding. Singer Demi Lovato will be a special guest presenter.

"The festival will send a clear signal to the world's most powerful leaders that now, more than ever, we must work together to pursue a fair and sustainable development, investing in education, empowering women, and ending poverty in all its forms," Macri, who will chair the G20 summit next year, said in the release.

"The billions of citizens whom we collectively represent expect nothing less from us."

The Liberal government unveiled its new feminist development policy earlier this month, which reallocates $150 million of the existing international aid budget to women's organizations in 30 countries over the next five years.

It made no new spending commitments, however, despite numerous calls by international agencies to do so.