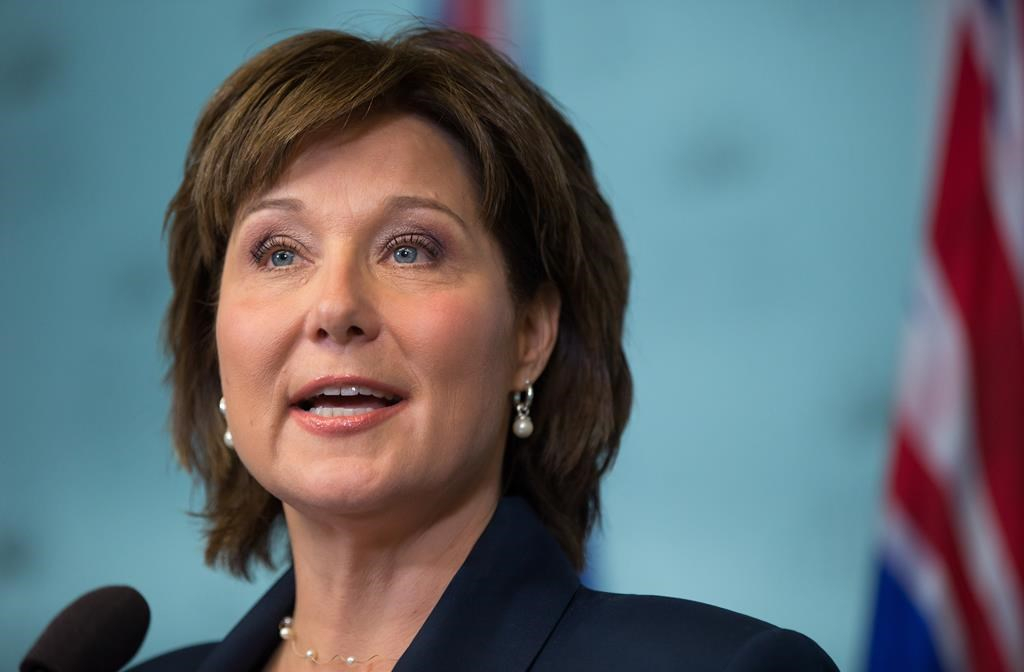 A Kelowna, B.C. women is facing charges of uttering death threats against B.C. Premier Christy Clark and the Speaker of the legislature. File photo by The Canadian Press
Previous story

The service said the threats are alleged to have occurred around April 30 in Kelowna.

Janeckova is scheduled to appear in Kelowna provincial court on Friday.

Kris Pechet was appointed May 3 as the special prosecutor in the case because the B.C. Prosecution Service said it wanted to avoid any potential for real or perceived improper influence in the administration of justice in light of the people involved.

He is a senior lawyer in New Westminster and was given the mandate to provide legal advice to RCMP investigators and conduct any related charge assessment, the service said.

Pechet said he would not provide specific details of the calls other than to say they involved an individual who is "upset with circumstances."

He said the calls also involved "a general view of how government is performing," and came during B.C.’s election campaign.

Neither Janeckova nor her lawyer could not be immediately reached for comment.