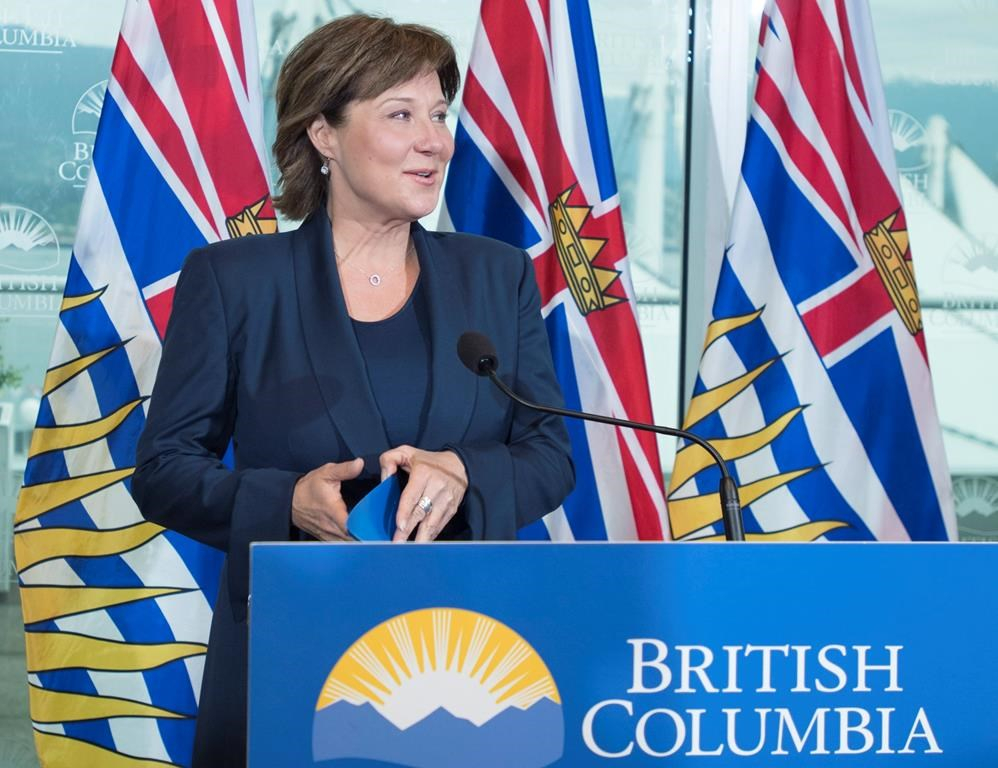 British Columbia Premier Christy Clark addresses the media at her office in Vancouver, B.C. on Wed. May 10, 2017. File photo by The Canadian Press/Jonathan Hayward
Previous story
Next story

British Columbia's minority Liberal government is staring at defeat today in the legislature, more than seven weeks after squeaking out a minority government in a provincial election.

If the Liberals fall, Lt.-Gov. Judith Guichon will have to decide whether to dissolve the legislature or allow the NDP to form a minority government with the backing of the Green party.

On Wednesday, Premier Christy Clark said she is ready to tell Guichon the legislature can't work, if the lieutenant-governor asks for her opinion.

The NDP and Greens have an agreement to defeat the Liberals in a bid to put the New Democrats in power.

But a debate over who will serve as Speaker has raised questions about how long an NDP government might survive as the Liberals have not committed to allowing one of their members to serve in the position.

If a New Democrat or Green member serves in the post, the house is deadlocked with votes likely to end in 43-43 outcomes, leaving the Speaker to decide whether to break the tie. Last month's election left the Liberals with 43 seats, the NDP 41 and the Greens three.

Clark says the results show voters want the three parties to co-operate, but the opposition has already rejected Liberal overtures in a throne speech that included large parts of their election platforms.

"That's why we decided the throne speech reflected priorities from all parties and all members because we want to make our legislature work," she said.

Clark said she will be honest about the legislature's prospects under the NDP.

NDP Leader John Horgan introduced the non-confidence motion in the legislature on Wednesday and accused the Liberals of accepting ideas from the opposition parties only because they face defeat.

"I think the voters think it's a little bit late as well, and disingenuous, to say at the 11th hour, when you're facing a confidence vote, that suddenly the issues and values of the people on this side of the house are now our values," he said in a draft transcript of Hansard.