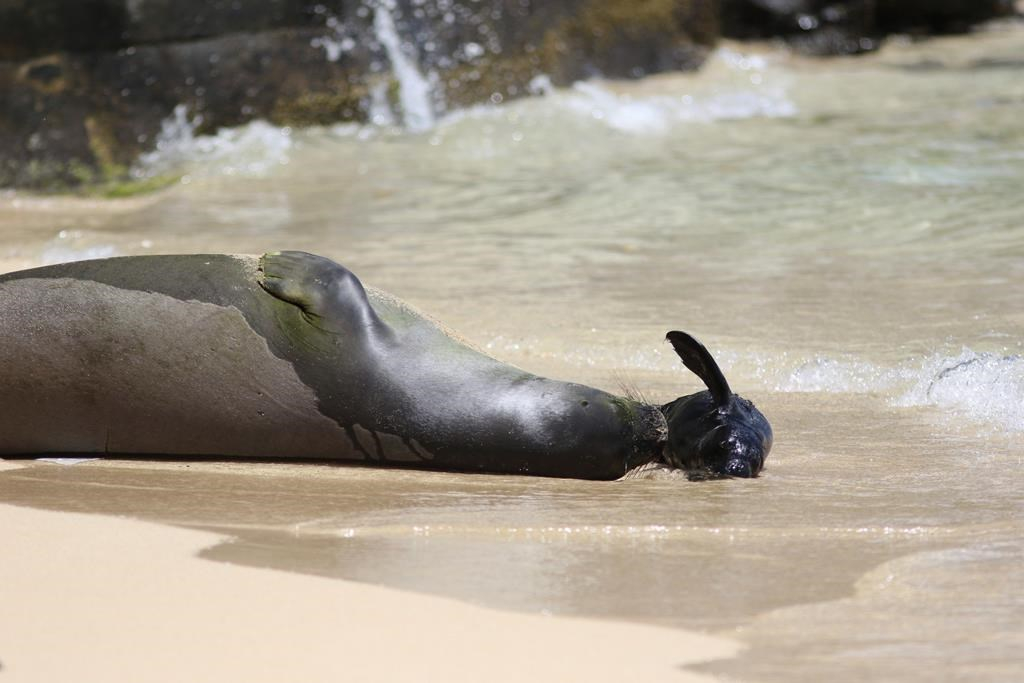 This Thursday, June 29, 2017 photo shows a Hawaiian monk seal and her newborn pup on a Waikiki beach in Honolulu. Photo by The Associated Press/Audrey McAvoy
Previous story

An endangered Hawaiian monk seal has given birth on a Waikiki beach — the first such birth in at least several decades.

Mother and pup attracted dozens of onlookers as they rolled around on the sand. Volunteers kept people at a safe distance behind a rope barrier.

The mother, known as RH58 and nicknamed Rocky, has lived on and around Oahu since 2002. But she would return to Kauai, where she was born 17 years ago, to give birth. This time she had her pup at Kaimana, an area in Waikiki popular with Honolulu residents.

It's the first seal to be born in the densely populated tourist district since the National Oceanic and Atmospheric Administration began keeping track in the 1970s, Amlin said.

Amlin says monk seals normally like to give birth in quiet spots so it's rare that pups appear in a congested place like Waikiki.

Monk seal pups usually nurse for about five to seven weeks. Mothers are protective of their pups during this time. Officials are urging people to keep their distance so they don't disturb the pair.

Hawaiian monk seals are an endangered species. There are about 1,400 in the wild.

The seal known as RO28 had her pup on Kauai's north shore on June 18.

Seal pup recovering after human intervention that may have caused abandonment