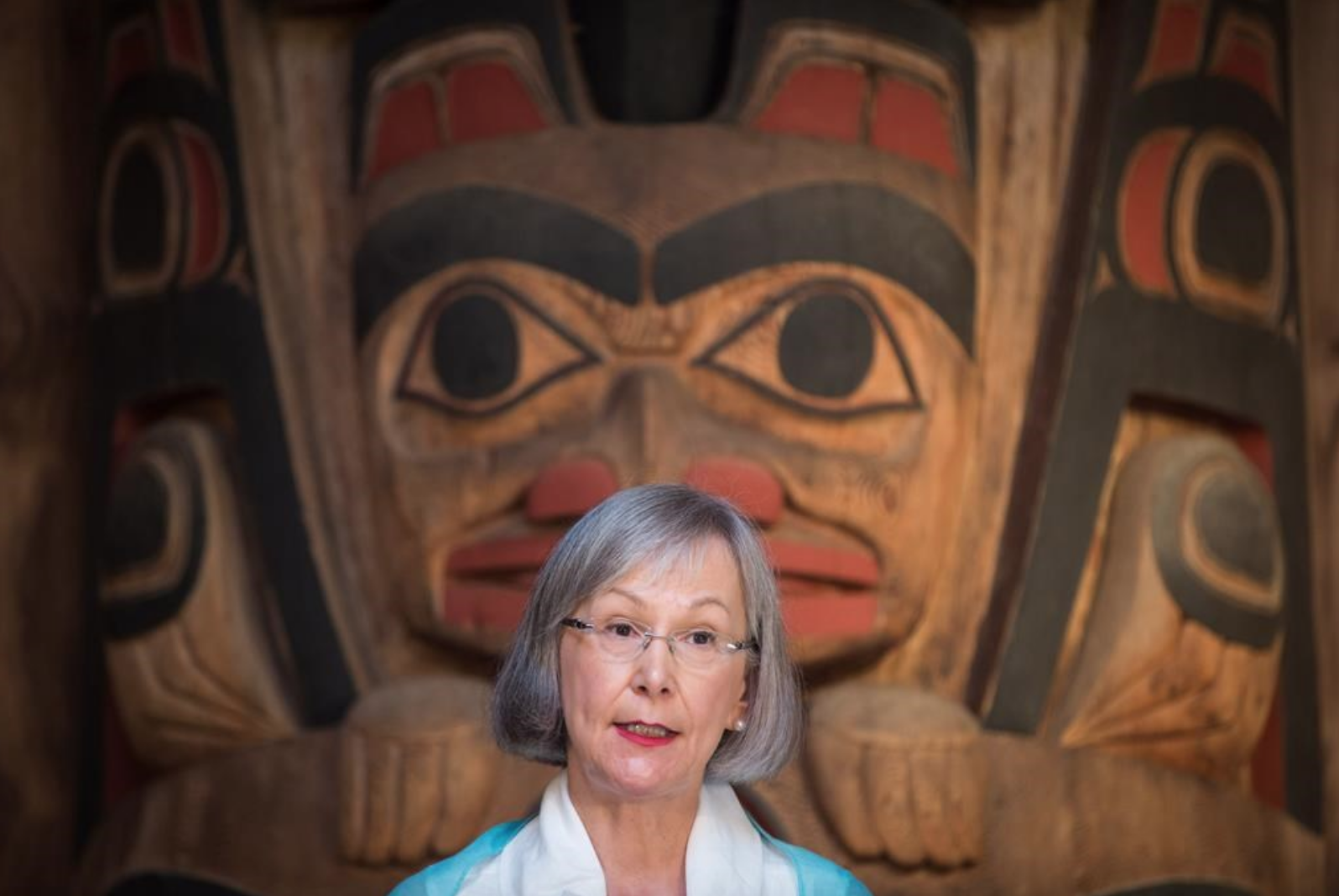 Marion Buller, chief commissioner of the national inquiry into missing and murdered Indigenous women and girls, speaks during a news conference at Haida House at the Museum of Anthropology, in Vancouver, B.C. on July 6, 2017. Photo by The Canadian Press
Previous story

The head of the national inquiry into missing and murdered Indigenous women denies the process is drifting, saying she believes it’s moving at "lightning speed."

Marion Buller announced Thursday the inquiry will hold nine community hearings across Canada this fall, amid controversy over the resignation of its executive director and complaints from families about delays and poor communication.

Buller was asked about comments made by Manitoba Keewatinowi Okimakanak Grand Chief Sheila North Wilson, who called for Buller to step down and the inquiry to restart.

"In my view, that’s lightning speed."

Over the summer, teams will travel to the communities to lay the groundwork for the hearings, she said.

Buller also said two expert panels will speak to the inquiry this year on the topics of Indigenous laws and decolonization and human rights.

Buller said people are leaving for personal and positive reasons, as some have been offered "jobs of a lifetime."

"We expect turnover in our staff and we plan accordingly," she said. "The work continues."

North Wilson, the Manitoba chief who has called for Buller’s resignation, said she did not feel reassured by Buller’s remarks.

"It didn’t seem confident and it didn’t seem sincere. The tone almost looked scripted throughout," she said. "It’s nothing against her at all in any way. I just don’t feel like it’s a person that the families are putting a lot of hope and faith in."

North Wilson said she would like to see a chief commissioner who is better known among grassroots organizations and families. Buller comes from a legal background and was British Columbia’s first female Indigenous judge.

Lorelei Williams, a Vancouver−based advocate whose cousin’s DNA was found on serial killer Robert Pickton’s farm, has previously been critical of the inquiry. But after attending the first family hearings in Whitehorse, she said she has gained more hope for its future.

If Buller resigned, that would only delay the process further, she added.

"I became much closer to her in Whitehorse and the other commissioners, too. Their hearts are there," Williams said. "This is a huge issue and I feel like we have to work with what we’ve got right now because our women and girls’ lives depend on this."

Buller was also asked what she would have done differently as she reflects on the past eight months. She replied she would have "slowed down" instead of trying to push to meet time limits.

The federal government gave the commissioners a budget of about $53.9 million and asked them to complete their work by the end of 2018, with an interim report expected this November.

Buller reiterated on Thursday that she intends to ask the federal government for more time and money. However, she said she and her research team have already begun drafting the interim report and plan to submit it on time.

She said locations for hearings in the winter and spring of 2018 would be released in the coming weeks.

Here is a list of the hearings that will be held in the fall: