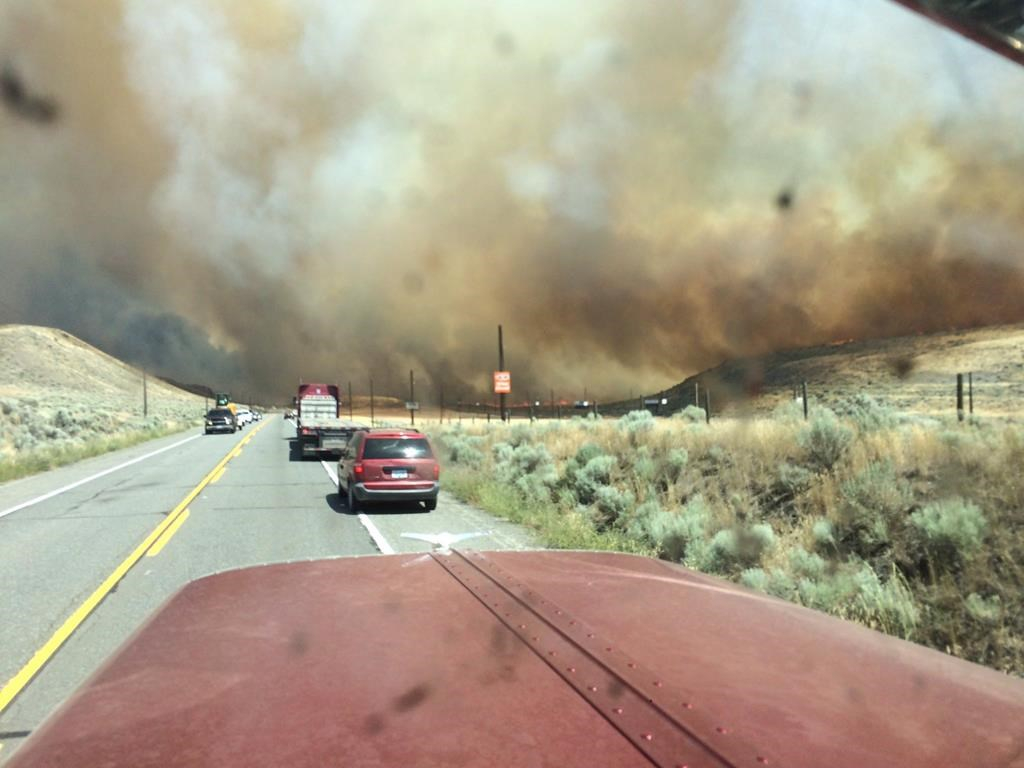 British Columbia is under a province-wide state of emergency as wildfires that have forced thousands from their homes show no sign of abating.

The BC Wildfire Service says in a tweet that 138 new wildfires sprang up on Friday alone, consuming dozens of buildings.

Transportation Minister Todd Stone says the extraordinary measure of declaring an emergency is necessary to co-ordinate the crisis response and ensure public safety.

Stone says wildfire activity is expected to increase with hot, dry weather predicted in the coming days, along with thunderstorms forecast for many parts of the province.

The BC Wildfire Service rates the fire risk as high to extreme in much of the province and Environment Canada says daytime maximum temperatures will reach the mid to upper 30s in some regions through the weekend.

The last time the province declared a state of emergency was in 2003. That was also because of wildfires.

"This is an urgent situation and public safety is the top priority," Stone said in a statement.

John Ranta, mayor of Cache Creek and head of the Thompson-Nicola Regional District, said a blaze near Ashcroft has destroyed dozens of buildings, including at least five houses, 30 trailer park homes and two hangers at a regional airport.

Justine Hunse of the BC Wildfire Service said the fire was partly within the Ashcroft Indian Reserve, where structures have been "impacted," though she was unable to confirm the extent of the damage.

"We have preformed a tactical evacuation in the area, which means that firefighters have gone door-to-door to evacuate folks at very short notice," Hunse said.

Hunse said recent weather conditions have been persistently hot and dry, pushing the risk of fire to extreme.

"We've really seen the fire danger rating spike over the last week or so," she said.

Ashcroft resident Ian Douglas said he stood with a couple above the reserve and saw the flames destroy their home.

"A lady I know came up ... and just as she was getting there, she and her husband watched their house burn," he told radio station CHNL. "You could just see it go."

The fire forced Highway 1 to shut down in both directions between Ashcroft and Cache Creek, while Highway 97C running through Ashcroft was also closed, said Drive BC.

Theo Faber saw the blaze Friday around noon while driving his tractor-trailer past Ashcroft to pick up a load of lumber.

"There were flames right in the ditch on both sides (for) roughly about two kilometres," he said. "I could feel the heat coming right through from the cab."

A separate fire burning near 100 Mile House, about 200 kilometres northwest of Kamloops, forced as many as 3,600 people out of their homes.

Al Richmond, chairman of the Cariboo Regional District, said as of Friday afternoon no properties were at risk of burning, but officials issued the order to leave because of concerns about changing wind patterns and heavy smoke cutting off evacuation routes.

"When the winds shift, as they are predicted to do, the threat becomes greater, smoke would move into communities, making it difficult to get people out," he said, describing the blaze as volatile. "Moving now will eliminate that element of panic."

The blaze, which broke out Thursday, was listed as 15 square kilometres in size late Friday afternoon.

Kevin Skrepnek, chief information officer for the BC Wildfire Service, said 120 firefighters were assigned to build guards along the fire's eastern flank, nearest to the communities ordered to evacuate.

Skrepnek said Friday that the cause of the blaze remains under investigation and that more equipment was en route, though heavy smoke and poor visibility could hamper the use of air tankers.