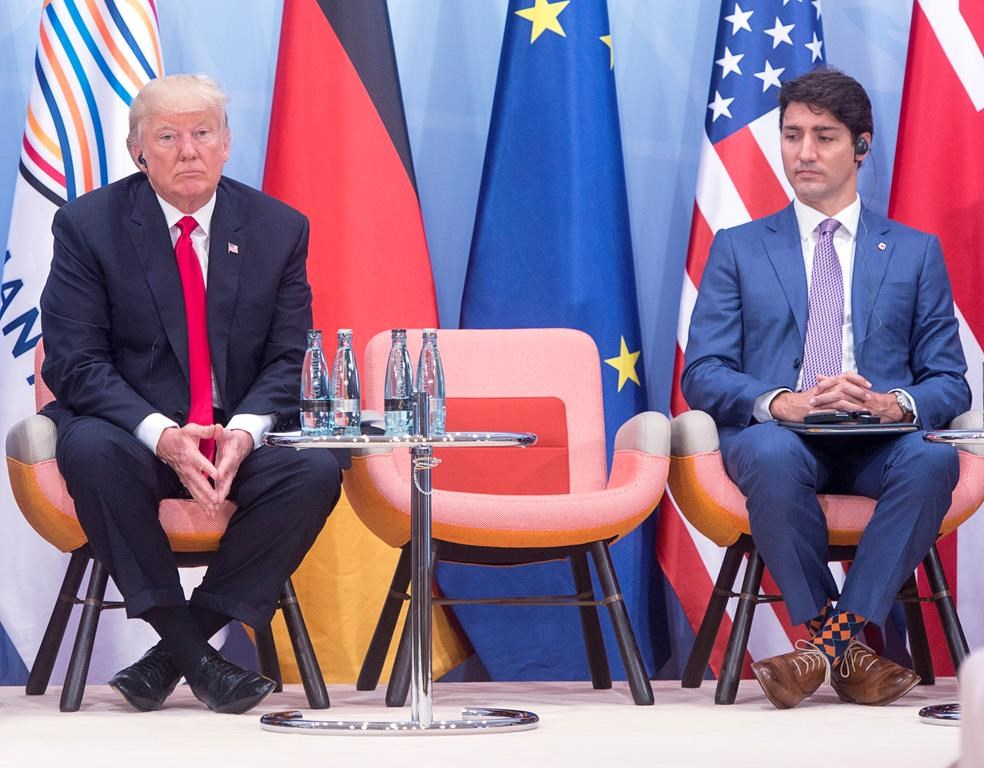 G20 leaders managed to bring U.S. President Donald Trump on side against protectionist trade policies, but he still stands alone when it comes to resisting action on climate change.

The Paris climate change agreement was one area where the leaders of 20 of the world's richest countries could not reach unanimous agreement in Hamburg.

"We take note of the decision of the United States of America to withdraw from the Paris Agreement," reads the final communique from the two-day meeting.

Trump also insisted on having fossil fuels mentioned in the document. Other countries resisted, but they finally agreed to a special paragraph for Trump to see the U.S. pledge to help other countries access and use fossil fuels more cleanly and efficiently.

German Chancellor Angela Merkel went into the summit as the host looking to either get agreement from Trump on climate change or isolate him as the only holdout. She succeeded, though she wasn't celebrating.

"Unfortunately -- and I deplore this -- the United States of America left the climate agreement, or rather announced their intention of doing this," Merkel said in German at her closing press conference.

The isolation of Trump that Merkel has been pushing for was evident in the communique which says "the Leaders of the other G20 members state that the Paris Agreement is irreversible."

Some of the other leaders, from Europe in particular, had hoped Trudeau's better relationship with Trump could have some sort of influence on him.

That Trump has some respect for his Canadian counterpart was evident Saturday during a speech at a morning event where he gushed over Trudeau.

"We have a great neighbour in Canada and Justin is doing a spectacular job in Canada," Trump said.

"Everybody loves him and they love him for a reason so congratulations on the job you're doing."

Trudeau did not have a specific bilateral meeting with Trump at this summit but he did speak with him on the sidelines of the meeting several times, mainly about climate change and trade issues.

Trudeau said in conversations with the president he underscored the fact economic growth and environmental protections "can and must" go together.

"I emphasized this is something that matters deeply to citizens and impacts directly on our economic growth now and into the future," he said.

Nevertheless Trump didn't budge and in fact ended up leaving the G20 meeting Saturday without making any public statements. Instead of a planned Trump press conference, the only images from the room were of officials taking down U.S. flags that had been set up.

Tom Burke, chairman of the British environmental think tank E3G said "Trump has lost another collision between fantasy and reality."

"No other global leader shares his fantasy that climate change is a hoax," he said.

Trade was another mainstay of negotiations both around the full table and on the sidelines. Trudeau and Jean-Claude Juncker, president of the European Union Commission, announced just prior to the end of the summit Saturday that the Canada-Europe free trade agreement known as CETA will be provisionally implemented on Sept. 21.

Signed last year and ratified by both the European Parliament and Canadian Parliament, all 28 EU members have to ratify it individually as well. Only Denmark and Latvia have to date.

CETA was to have been provisionally implemented on July 1, a date that came and went when agreements couldn't be reached over Canadian quotas for European cheese imports and issues about pharmaceuticals.

On Trade with the U.S., Trudeau said he and Trump spoke about both the softwood lumber dispute and the U.S. investigation to decide whether to apply import tariffs on steel.

He said after the last few days Canada is "comfortable" the national security provisions Trump has cited for steel imports will not apply to the Canadian steel industry which is "extraordinarily well integrated" into the U.S. steel industry.

The G20 communique includes a section pushing for efforts to reduce excess steel production around the world that distorts markets.

Trudeau also discussed NAFTA in a bilateral meeting with Mexican President Enrique Pena Nieto Saturday afternoon, as the start date to renegotiate the deal at Trump's insistence comes next month.

"I do have to tell you we are working hand in hand and we are on the right path to this very promising stage of the negotiations," Pena Nieto said through an interpreter.

Despite Trump's domestic protectionist rhetoric and his America First policies, and his resistance to anti-protectionist language, he did in the end give his blessing to the section which says the G20 will "fight protectionism including all unfair trade practices."

However there is a loophole so countries can have "legitimate trade defence instruments in this regard."

All of this took place against a backdrop of extreme violence as thousands of protesters took to the streets. While most protesters were peaceful there were many who chose to express their displeasure with the G20 by lighting cars on fire and smashing store windows.

It was a jarring vision Friday night to see on the one hand the leaders and their spouses listening to a performance of Beethoven's "Ode to Joy" by Hamburg's Philharmonic State Orchestra at the city's beautiful new concert hall, and on the other hand, protesters in the streets being sprayed with water cannon and beaten back with batons.

Trudeau said Saturday his main message to those who don't feel the G20 is there to help them, he understands their skepticism and frustration as did his counterparts around the table.

"We know that the anxiety that citizens around the world are feeling is real," he said.

Trudeau said for many years trade has led to growth without a fair distribution of the benefits, but the hope is that many of the policies enacted by the G20 this weekend will begin to address those inequities.

Trump agrees to anti-protectionist measures, but not climate change, at G20

The problem is that too many

The problem is that too many people are being deliberately excluded. The crisis will come when a tipping point is reached.