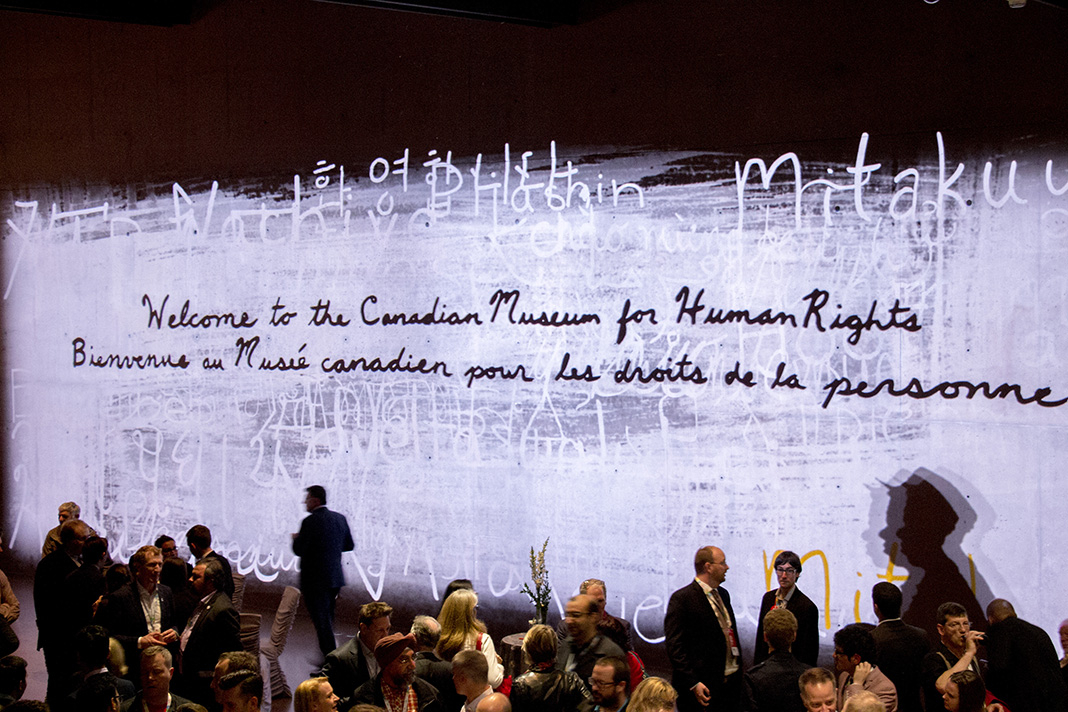 Federal Liberals gather for a party event at the Canadian Museum for Human Rights in Winnipeg, Manitoba on May 26, 2016. File photo by Bea Vongdouangchanh
Previous story
Next story

During peak tourist season, thousands of people stream into Canada's national museums each day — and this summer is already shaping up to be even stronger than usual in Ottawa, thanks to Canada 150 celebrations.

But the spike in visits isn't just about the summer.

Museums say it's also about a quirk of the present age: a proliferation of false information online that has made separating fact from fiction all the more of a challenge.

That's leading people to increasingly seek out museums as a primary source of information, and in turn leading institutions to think a bit differently about how they do things.

"There is so much — for lack of a better term, I will call it noise — there are so many different stories: 'What is news? Is it fake news? What's going on?'" said Fern Proulx, chief executive officer of three of Ottawa's national museums.

"Museums are a trusted source of information. We need to be prominent in that space."

The three museums Proulx oversees — Agriculture and Food, Science and Technology and Aviation and Space — collectively rebranded themselves last month as part of their effort towards renewed relevancy.

Their new moniker is Ingenium: Canada's Museums of Science and Innovation, a nod to the human ingenuity behind their extensive collection of more than 100,000 objects and hundreds of thousands of books, historic photographs, and archival documents.

The intention is to leverage the brand to promote that ingenuity and build a reputation akin to Washington, D.C.'s famed Smithsonian group of 19 museums and a zoo.

For example, Ingenium collaborated with German, Italian and Israeli institutions this month for an exhibition in Jerusalem on the 200th anniversary of the bicycle, drawing on Ottawa's collection of over 200 well-preserved bikes.

"Museums are much more than curio kits that are displays of the past," Proulx said. "We are part of the fabric, part of the culture, we need to get Canadians on the world stage."

Museums are a source of intel on the present, said Meg Beckel, president and chief executive officer of the Museum of Nature.

That museum's roster of scientists are adding constantly to the specimen collections. Their research is tracking nature in real time, and the results are able to show the public — and other scientists — what is going on.

"In addition to being a place of inspiration, which is the public engagement part of what we do ... we're also the keeper of the evidence and the creator of knowledge based on the study of the evidence," she said.

"And all of that makes what we do real and relevant."

The value of people having tactile experiences with objects from history or science can't be overstated, Beckel said. Where else but in a museum can one get a sense of the size of the dinosaurs?

But the value of challenging people's understanding of those objects is equally important, said Lisa Leblanc, director of creative development for Canadian history hall at the Museum of History.

The "cacophony of channels" has put more information at people's fingertips than ever before, but also allows for them to only engage with information that reinforces their world view, she said.

For museums to keep the public's trust, and also do their job sparking critical thinking, bursting those bubbles is important, she said.

So in the newly opened history hall, visitors won't just see Sir John A. Macdonald lionized for his role in founding modern-day Canada. They'll also learn of his effort to assimilate Indigenous Peoples via the Indian Act.

"To maintain the integrity of how we know what we know, and how we present it and share it, and how transparent and honest we are — that rigour is even more important today because of that noise," she said.

He's at work now on a plan to engage traditional and social media companies to figure out if there's a way to draw on Library and Archives Canada's holdings and other museum collections for people to be able to check the facts they find online.

"We need to be the place truth can be found."