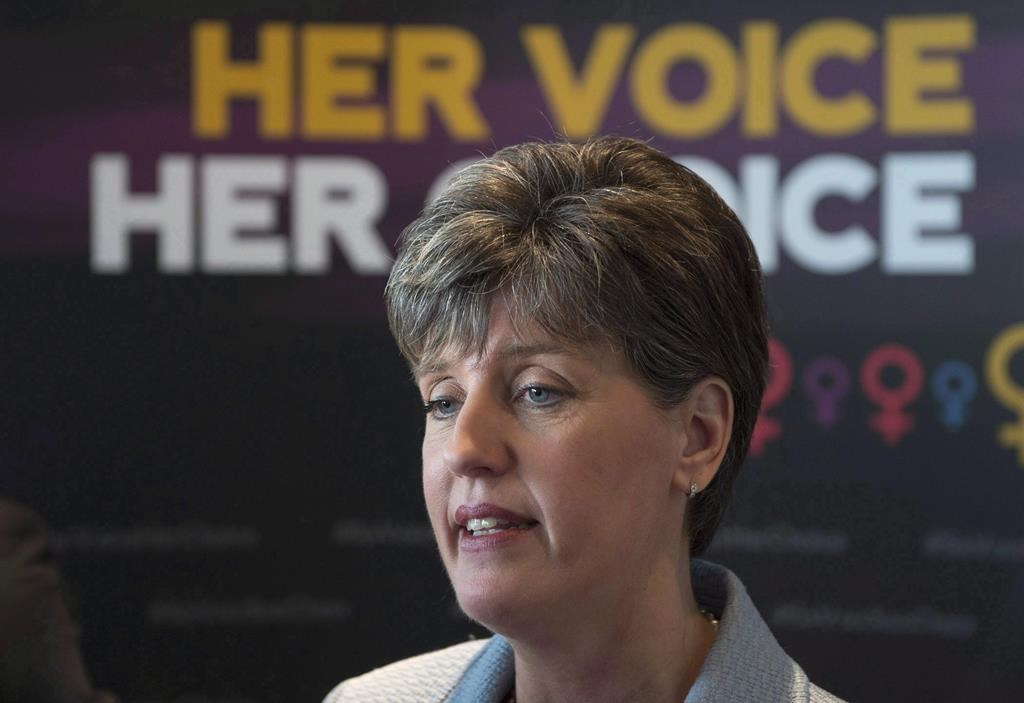 International Development Minister Marie-Claude Bibeau says she will try to persuade her counterpart in the Trump administration not to slash billions in foreign aid as the president has proposed.

Bibeau she will make the case for continued spending, including for family planning and abortion, when the new head of the U.S. Agency for International Development is finally hired.

The USAID chief is one of many vacant Trump administration positions, but former Tanzanian ambassador Mark Green has been nominated.

"We will definitely have this conversation," Bibeau said Tuesday in an interview from London, where she was attending the international Family Planning Summit.

"We have identified our priorities, and we will keep working on it to bring as many partners, public and private, with us in this journey."

President Donald Trump has said he will cut the State Department and USAID budgets by 31 per cent in 2018. USAID alone has an annual budget of US$20 billion.

Trump has also reinstated a ban on funding abortion-related activities by foreign aid that was first started by the Reagan Republicans in 1984. Trump expanded the policy, which means he could strip billions of dollars from a wide range of health programs in the developing world.

Bibeau said the government is committed to funding family planning as she announced details of how $241 million of a previous $650 million pledge would be spent: two-thirds will go towards African countries.

U.S. philanthropist Melinda Gates, who cohosted the London summit, said she was "deeply troubled" by Trump's proposed budget cuts and hoped U.S. Congress would find a way to block them.

Prime Minister Justin Trudeau has said Trump is unlike other politicians in that he can change his mind if presented with a good argument.

Bibeau suggested that's a tack she will take when she actually has a counterpart in place to talk to.

"I think there is openness towards gender equality and women's empowerment, so it's a good start, and we'll keep the conversation open."

Green, the potential head of USAID, is a former Republican congressman from Wisconsin who worked on George W. Bush's highly-praised signature initiative to combat AIDS in Africa. His nomination was well received by American lawmakers from both parties.

The Trudeau Liberals have tried to find common ground with the Trump administration on gender equality issues.

The government sold the White House on the creation of a Canada-U.S. council focused on lowering barriers for female entrepreneurs. The initiative was aimed at Ivanka Trump, the president's daughter, who has pushed for the advancement of women in business.

This past weekend, the U.S. committed $50 million to the Women Entrepreneurs Finance Initiative at the G20 summit, while Canada contributed $20 million.

Bibeau unveiled Canada's new feminist development policy last month, and she recently returned from a trip to Ghana and Congo, where she got a first-hand glimpse of the effects of rape as a weapon of war when she met with female survivors.

The Canadian Conference of Catholic Bishops has criticized the emphasis on family planning in the new development policy, but Bibeau said she talked with African religious leaders about it, and she's willing to do the same with their counterparts in Canada "because we should have this conversation."

"We've made this decision based on evidence," she added.

"We want to keep girls in school because this is what's going to change the world."

The minister played down the emphasis on abortion and said it is only one tool in a much larger tool kit that aims to end poverty by reducing inequality. That means educating boys and girls to help reduce unwanted pregnancies that can keep them from attending school, she said.

"No one wants an abortion, especially a dangerous abortion. So the idea is to start from the beginning and educate our boys and girls, and provide contraception so we don't have to get to this."