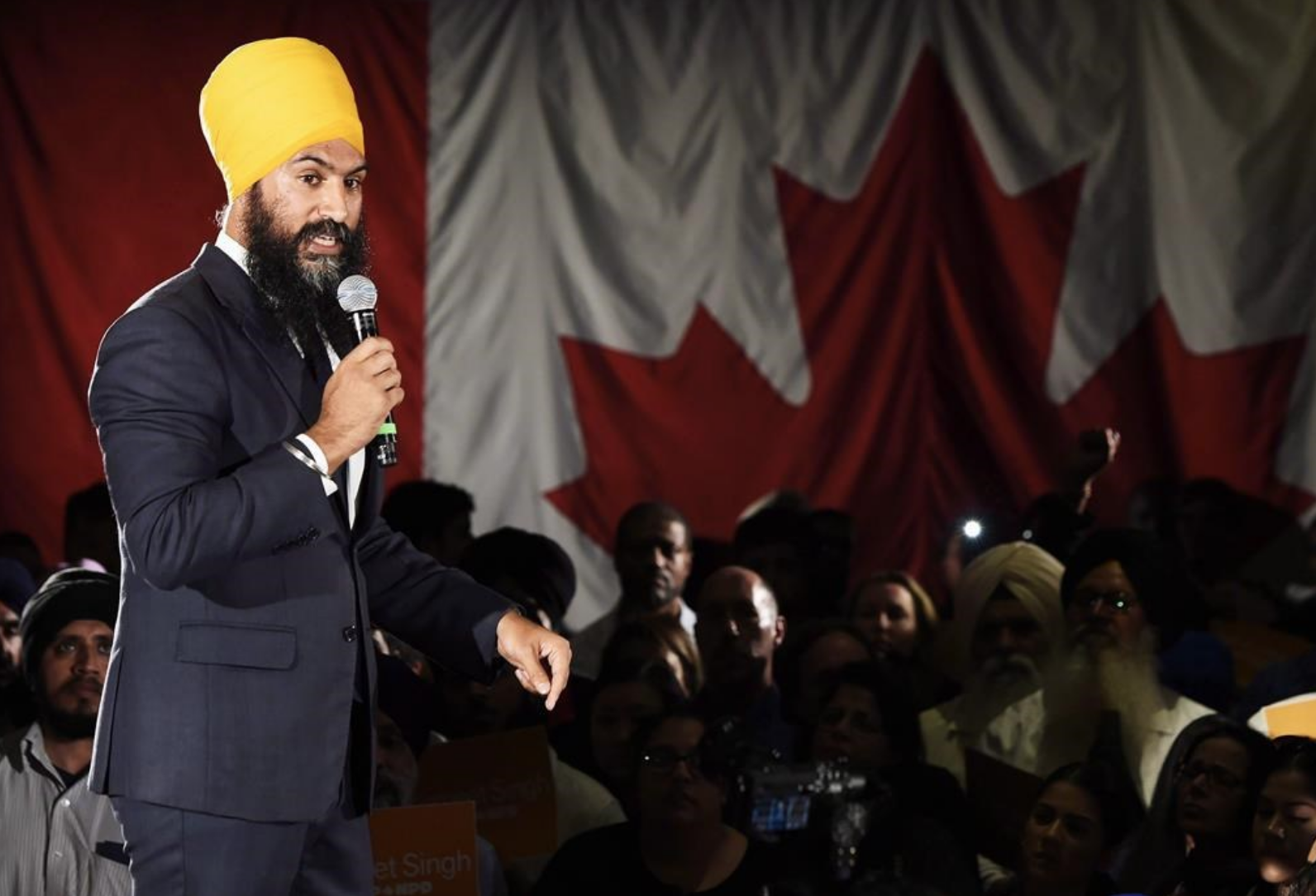 NDP leader Jagmeet Singh launches his bid for the federal NDP leadership in Brampton, Ont., on Monday, May 15, 2017.
Previous story
Next story

Their fifth leadership debate, held in Saskatoon, marks the beginning of the last half of the race for a party hoping to rebuild and grow following the painful results of the 2015 election including in western Canada.

The premier has vowed to go to court if the province is forced to adopt it.

Angus said Tuesday the Saskatchewan premier fails to acknowledge the 20th century is over, noting that as NDP leader he would personally favour adopting a legislated carbon budget to reduce emissions.

"The guy, no offence, but he is like the man violently defending the future of the typewriter when everyone else has moved to cell phones," Angus said, adding he will work with any government on the Prairies willing to diversify its economy.

"We have an enormous renewable potential in Saskatchewan and Alberta."

For her part, Ashton came out swinging against the conservative in the province next door — Pallister.

"Coming from Manitoba, I can say my premier, Brian Pallister, doesn’t speak for me and I’m venturing to guess a lot of people here in this room don’t feel that Brad Wall speaks for them," she said.

Pricing carbon is necessary to fight climate change but a one−size−fits−all approach won’t work when it comes to implementing a carbon plan, Singh said.

"We need to also know that every province is different so we have to approach that," he said.

Singh said a proposal outlined in his climate change plan includes working with each province to explore solutions. He has also vowed to reduce carbon emissions to 30 per cent of 2005 levels by 2025 — five years ahead of the current Liberal target.

"My plan also proposes if we are going to bring in a carbon tax, it has to be twinned with rebates to low and middle income families so they are not disproportionately impacted which we know will happen otherwise," Singh said.

Pallister and Wall are wrong, Caron added, noting it says something when the Canadian Association of Petroleum Producers and the Mining Association of Canada are open to carbon pricing.

"This is the type of thinking that left us behind and lagging behind most of the European countries on this," Caron said.

Ashton and Caron have both forcefully opposed the Kinder Morgan pipeline proposal to carry oil from Alberta to British Columbia, but have yet to unveil their full climate plans.

At the beginning of Tuesday’s debate — the only event of its kind in the Prairies during the course of the race — the leadership candidates acknowledged the province is the birthplace of the NDP. It currently holds three seats in the province including Regina New Democrat MP Erin Weir.

Prior to the debate, Weir called on candidates to explain how they would help make carbon pricing work for Saskatchewan’s resource−based economy.

The next NDP leadership debates is slated for August in Victoria and Montreal as well as in Vancouver in September. Online voting in the leadership race will begin on Sept. 18, with results to be announced in October after each round of balloting.